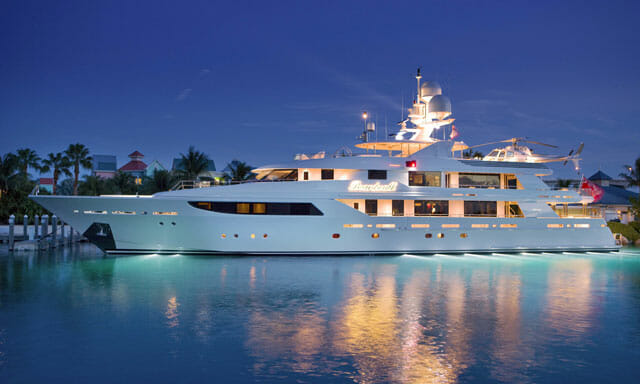 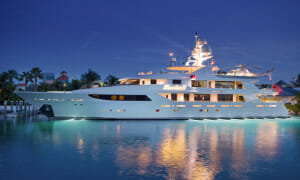 High rollers heading to Atlantic City will soon be able to do so aboard their superyachts.

The 640-slip marina opposite the new Golden Nugget casino, formerly Trump Marina Hotel Casino, is undergoing a thorough renovation. Even more significant, when work is completed this fall, the first super-size visitor will be the megayacht owned by the company chief himself.

Landry’s, the gaming, restaurant, and entertainment firm that owns the Golden Nugget casino hotels in Nevada and New Jersey, inherited the lease for the Sen. Frank S. Farley State Marina when it completed acquisition of the Trump hotel casino late last month. (The marina is a public facility, owned by the New Jersey Division of Parks and Forestry, leased by Trump Marina Associates since 1987.)

For years, the marina has been in disrepair, with the wood docks falling apart and weeds sprouting up. It’s a far cry from what it was like in the late 1980s and early 1990s. Back then, boaters and yachtsmen with craft to 300 feet regularly pulled in. In fact, Donald Trump himself had his 282-foot Trump Princess (now Kingdom 5KR) appear dockside in summertime.

While this summer will see renovations of everything from the marina’s showers and bathrooms to the docks themselves, Landry’s CEO plans to bring his Westport into town come this fall. Tilman Fertitta is the proud owner of the 164-foot Boardwalk, seen above, which was delivered last year. She’s the seventh in Westport’s 50-Meter series, formerly called the W164 series. She’s also Fertitta’s third Westport, having owned a 130 and a 112 previously.

An article in the Press of Atlantic City quotes Fertitta as saying, “Being a yacht owner myself, I will make sure that (the marina) will operate on a very high level.” Amy Chasey, vice president of marketing for Golden Nugget Las Vegas, backs this up, quoted in the same article as saying, “We’re going to operate it better than Trump.”

Fertitta says he’ll have Boardwalk arrive in Atlantic City in October, remaining there for a few weeks. By that time, the rest of the marina’s amenities will be updated. They include pump-out stations, gas and diesel fuel, and connections for telephone, cable television, water, and 100 amps of electricity. Overall, Landry’s plans to operate the marina similarly to how it runs its 424-slip Kemah Boardwalk Marina in Galveston Bay, Texas.