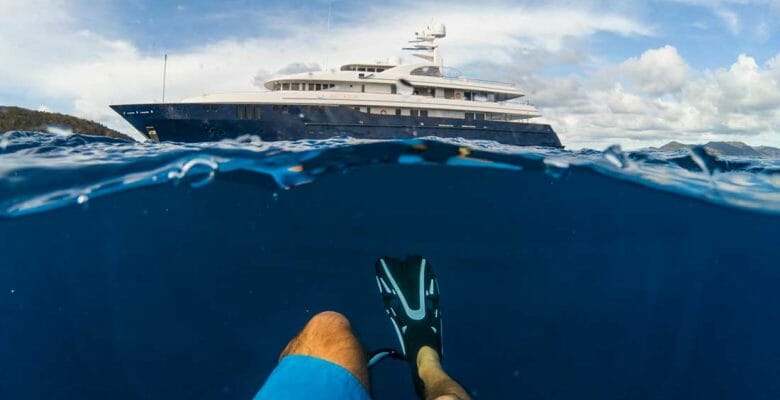 Plastic pollution is a global problem, gaining more attention all the time. The superyacht Archimedes is taking steps not just to combat it, but also to help researchers better understand what’s in the oceans so that they can protect them. She’s doing so through the S.A.R.A.H. initiative of the International SeaKeepers Society.

S.A.R.A.H. stands for Sample, Aggregate, Return, Analyze, and Help. First, SeaKeepers sends participating yachts a special kit, to collect plastics they see in their voyages. These kits include bin-like nets (below) to tow behind the yacht. Yachts are encouraged to conduct as many net tows as possible during their travels. After collecting samples in the nets, crews amass the contents in sample filters, which they label and seal. Next, they ship the samples to SeaKeepers, which in turn sends them to S.A.R.A.H. researchers at Florida International University (FIU), its program partner. FIU then analyzes the plastics’ density, type, and size, recording the details in a database. Finally, the more data yachts collect, the more the database will help researchers quantify and map the problem.

Why is plastic of such focus? UV light and waves break down large plastic pieces into microplastics, which measure less than 5 millimeters. Scientists coined “plastic soup” to describe the effect of microplastics on the oceans. A study in 2015 confirmed this, estimating that microplastics in 2014 ranged from 15 to 51 trillion pieces. These trillions further weighed 93,000 to 236,000 metric tons. In addition, scientists have found that small forage fish eat microplastics, mistaking them for food. Since large fish eat small fish, the toxins transfer. Those same toxins may transfer to us when we eat fish, too. 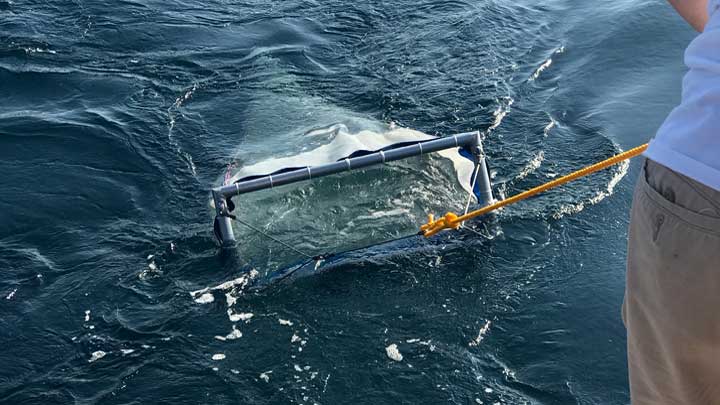 The superyacht Archimedes is an active SeaKeepers supporter. In fact, in 2018, Archimedes assisted SeaKeepers in an scientist-led mission to collect data on sharks and manta rays. “Ever since then, we’ve built a relationship that continues to grow tremendously,” says Ivonne Gamboa, SeaKeepers’ marketing and public relations manager. “The captain and crew have shown a great enthusiasm to continue working with SeaKeepers and planning for the future.”

Capt. Chris Walsh and his crew conducted their first S.A.R.A.H. mission in late May. They headed up the East Coast from Fort Lauderdale to New York, collecting three samples. These are already in the hands of FIU researchers. In the coming weeks, researchers will have even more, too. The captain and crew planned to collect additional samples on their recent ocean crossing to the Med. Furthermore, the superyacht Archimedes will collect plastics throughout the rest of the year. According to Gamboa, the captain and crew are even planning for more collaborations with SeaKeepers next year.

The superyacht Archimedes isn’t the only yacht involved in the S.A.R.A.H. initiative. The motoryachts Ace and L’Albatros are recent signups.