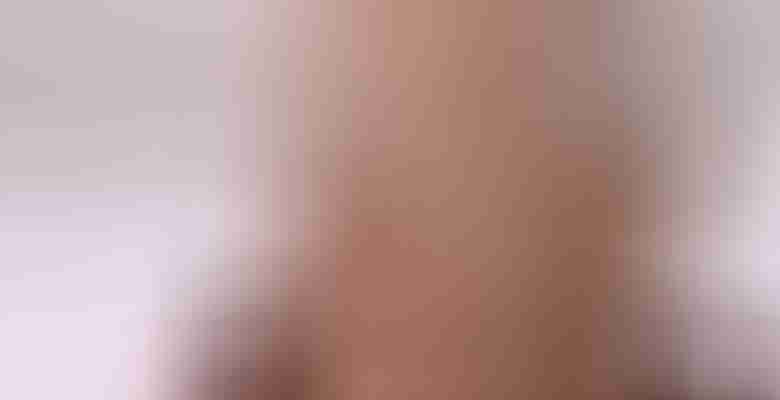 Alexander Dreyfoos is a longtime, passionate yacht owner. He’s also a passionate conservationist, cognizant that protecting the ocean allows him and his family to pursue their favorite pastime. Next month, Dreyfoos will receive the International SeaKeepers Society’s Seakeepers Award for his contributions—which include important, otherwise-unobtainable data—to ocean research. In this Leadership Series, he relates his and his wife Renate’s love for the yachting lifestyle, and why he commissioned the seemingly unusual Silver Cloud. He further shares his thoughts on what current and future cruisers should keep in mind when it comes to the oceans.

MegayachtNews.com: What spurred your interest in boats and yachts?

Alexander Dreyfoos: From an early age (4 months) until Uncle Sam sent me to Germany in 1954, my summers were spent on the Saranac Lake chain of lakes in New York State’s Adirondack Mountains. Each summer we set up a tent-platform camp on Burnt Island. I had a little 14-foot runabout with a 3.5-hp engine that I used around our camp, fishing and running errands. As I got older, I explored the myriad interconnected islands rivers and lakes. My involvement with larger boats/yachts began in 1969, upon moving to Florida, when, because of my engineering training, I was invited by various friends to navigate their sailboats each SORC (Southern Ocean Racing Conference) winter/spring season. We had a lot of fun in those days—winning many and losing some.  Some of my fondest memories in those days come from navigating Llwyd Ecclestone’s 62’ Volcano. Proudly, my name appears on the navigator’s trophy for winning the popular Miami-to-Palm Beach race three years in a row (1979-80-81.)  Once GPS became available and navigating became a different game, it was time to explore something else. I found the love of sport fishing.

MegayachtNews.com: What was the first boat you owned?  What did you like most about it?

Alexander Dreyfoos: In 1977 I acquired my first major boat—a beautiful classic 51’ Rybovich Sportfisherman built in 1963. I had the opportunity to fish several years in the Invitational Masters Angling Sailfish Tournament (a catch-and-release tournament), where I had good success, and fished extensively in the Bahamas and Caribbean for blue marlin and bluefin tuna. Fishing proved to be very relaxing and was a nice break from the hectic pace of my professional life.

MegayachtNews.com: Most people who see Silver Cloud (below) might never imagine she’s a yacht, due to the design.  How did you first learn about SWATHs?  Did the unusual profile ever give you pause in considering it for Silver Cloud, too?

Alexander Dreyfoos: By the time Renate became my wife in 2000, I was on my second Burger yacht, Silver Cloud. As much as I loved yachting, and Renate loved the concept of yachting, she was extremely susceptible to motion sickness, and she was frequently uncomfortable when our cruising extended beyond rivers. I theorized that “bigger was better” and that a larger yacht would solve the problem. I purchased a 143-foot, 1987 Feadship, which had sailed under the names Cakewalk, golfer Greg Norman’s Aussie Rules, and was Irish Rover at the time I purchased her. Bigger was not the answer! The Feadship rocked even more than the Burger, and despite the latest in stabilizing fins, Renate would frequently be seasick. I decided to learn why bigger wasn’t always better. After contacting a variety of experts, I came across John Fuglsang in Tasmania. While his line of trimaran vessels were impressive, they were only impressive at high speeds. It was he, though, who described the advanced design concept of the Small Waterplane Area Twin Hull (SWATH). After much research, I found three companies that had built commercial SWATH ships and visited all three. Abeking & Rasmussen, who we ultimately contracted with, arranged for an experimental ride onboard a pilot ship in Germany in the very rough waters of the North Sea. Renate was able to sit through the ride, reading and knitting without a hint of seasickness. I was convinced. I thought it was so much more important to have a vessel that we could travel the world on without anyone getting seasick, than having that conventional-looking yacht. It has truly proven itself to be an expedition yacht. 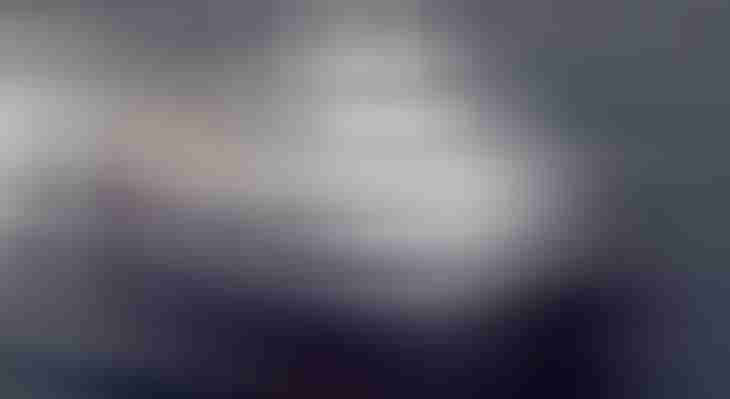 MegayachtNews.com: As I understand it, Silver Cloud has covered close to 100,000 miles since delivery. What are some of your family’s favorite destinations so far?

Alexander Dreyfoos: We have circumnavigated the world.  It is truly hard to select favorites because there are so many. I will attempt: passage through the Panama Canal is always exciting; the great circle route from Juneau to Yamaha/Tokyo, Japan was a great experience, as was spending six weeks calling at ports around Japan. Among the many Pacific islands we called at (and were scuba diving), which included Vanuatu, Palau, Yap, French Polynesia, and Fiji, I found Papua New Guinea the most interesting. We enjoyed spending considerable time: circling New Zealand, cruising the east and south coasts of Australia; scuba diving the Maldives on our way through the HRA (High Risk Area) from Perth, Australia to the Suez Canal. In the Mediterranean, cruising the Greek Islands, with calls along the French Riviera, Majorca, and all of Italy is tough to beat, as was a visit to Malta. Time spent in Scandinavia, including stops in St. Petersburg, were both interesting and beautiful. We enjoyed traversing the Amazon River from its mouth at the Atlantic Ocean all the way to the border of Peru.

MegayachtNews.com: Did you become interested in underwater photography around the same time as boating? What piqued your interest in it?

Alexander Dreyfoos: I had the good fortune of meeting an ex-Navy SEAL back in 1954.  I have been diving extensively since then.  I have always had a love of photography, which dates back to my childhood. My dad was a professional photographer. My professional success is based on my inventions, which are related to the field of photographic color-print and motion-picture reproduction. I have always aimed at having a single photograph tell a story, so I don’t personally shoot video. The two “loves” of photography and scuba diving easily merged. For the last two years, I have been diving with a Se7en rebreather system, which exits no air bubbles. As a result, fish and other sea creatures pay no attention to you, allowing photography prospects to be at their best. I have photographed 16- to 18-foot hammerhead sharks, 15- to 20-foot tiger sharks, 25-foot whale sharks—all the way down to sea horses no bigger than the size of one’s pinkie fingernail.  Many of my favorite pictures are in my photography book, A Photographic Odyssey, Around the World with Alexander W. Dreyfoos.

MegayachtNews.com: Why did you decide to establish The International SeaKeepers Society—meaning, why get involved at that level, versus just donate to the cause?

Alexander Dreyfoos: I was at the ShowBoats Rendezvous in Monaco 1998, when Jim Gilbert, who was editor of ShowBoats magazine at the time, announced the formation of SeaKeepers. I thought it was a very interesting concept. Several days had passed and upon learning from Jim no one had stepped up to the plate, I told him that someone needed to kick it off, so I offered to be first. That’s all it took, others quickly followed. I felt it was an important mission, and with my love of the ocean and boating, it felt right to be more involved than just giving money. I was a board member in the early years. Preserving the seas is hugely important; we need to raise the world’s attention to it.

MegayachtNews.com: What do you want current and future yachting generations to keep in mind when it comes to cruising and the environment?

Alexander Dreyfoos: First and most important, the seas are fragile. Those of us using the sea can have either a positive or negative impact. It is my hope that the yachting industry will do its part to have a positive impact. We have just finished a cruise to Iceland aboard Silver Cloud. We deployed a NOAA/WMO Drifter Drogue/Buoy on the 22nd of August in the North Atlantic Ocean while returning from a visit to Iceland. It will send real-time data back to NOAA and the WMO for oceanographic research. 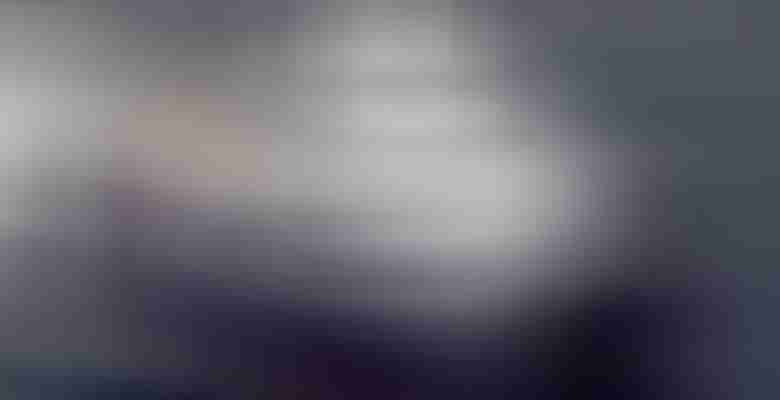 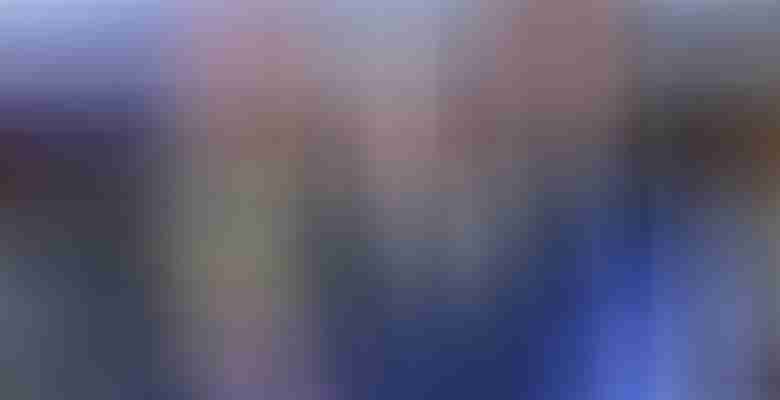 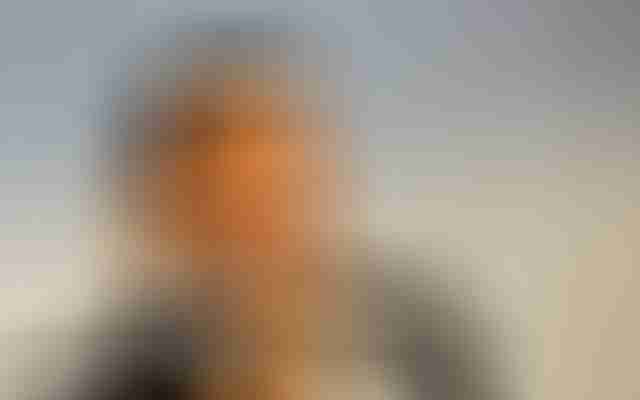