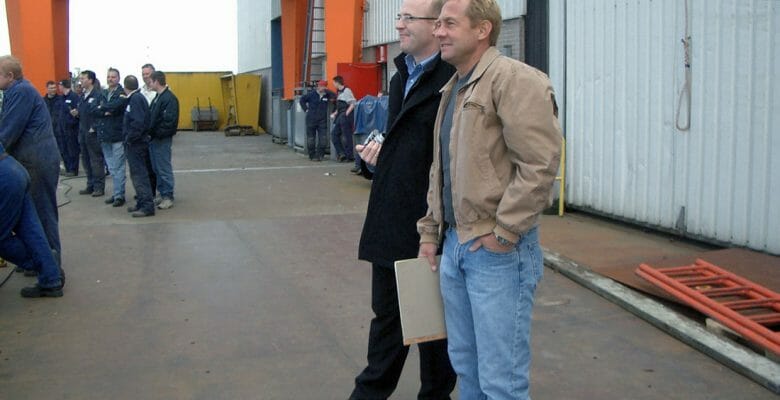 Editor’s note: This is the fourth installment in  a new series on MegayachtNews.com (see “Introducing the Superyacht 101 Series”). For this article, we spoke with AJ Anderson (above right and below), a longtime captain and the CEO of Wright Maritime Group, a large-yacht operations and management firm. Wright Maritime Group oversees new construction, financial administration, crew employment, and more on behalf of owners. The megayachts under Anderson’s and his team’s guidance measure 197 to 453 feet (60 to 138 meters). Here, he outlines the role of an owner’s representative, and what to look for in hiring one.

What an owner’s representative does: Anderson says that, above the most important assurance that the owner’s representative will serve with complete fidelity in the owner’s best interest, there are three key elements to the job. Project coordination is primary—coordinating information among the designer, owner, shipyard, and consultants/subcontractors, like audio-video. “A project coordinator moves the information between the parties and makes sure there’s follow-up,” he explains. The second job element is ensuring that the yacht’s layout and design details, plus systems planning and equipment selection, all meet the operational needs. Here, Anderson adds, it’s smart to find someone with operational experience. Finally, the third key job duty is “ensuring regulatory compliance is met while avoiding restriction of the designer’s and owner’s ability to achieve their goals.” Anderson stresses, “This requires a forward-thinking approach, with solutions presented to the regulators as well as to the builder, who may otherwise read the prescriptive language of the applied regulation.” Anderson went on to say, “If an owner chooses or already has employed an individual that will serve as owner’s representative who does not have all of these qualifications, it is important to have these three elements covered within the O.R. team.”

Why hire an owner’s representative as an addition to other key advisors: If you already have a captain, he or she can certainly be your representative. However, you could stretch your captain thin in the process, especially if you have another boat, Anderson cautions. In addition, he says, as much as personal relationships are important, sometimes captains and owners part ways. And if that happens during a build process, “you’re left without support continuity on a multi-million-dollar project,” he explains. Hiring a licensed and insured company specializing in owner representation is therefore wise, even if in support of the captain serving as the owner’s representative. 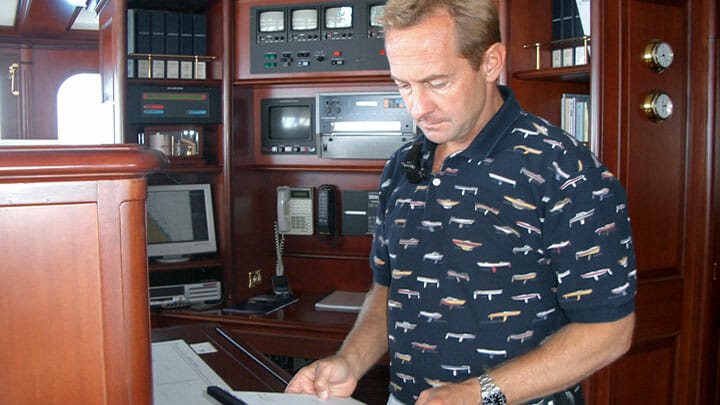 How to vet an owner’s representative: Look for experience in serving the role with similarly complex yacht projects, Anderson says. So, too, should you ensure there’s adequate staff who can address your questions and handle the tasks. “Make sure your interests are covered 100 percent,” he says. Background checks are worth conducting given the amount of money at stake. Furthermore, be mindful of those who criticize versus collaborate. “There are some people who raise their own profile by tearing down others,” Anderson says. “They say, ‘This project would be a disaster without me.’” Others, meanwhile, professionally press the shipyard to implement owners’ requests. Those same people then come back to the owner, Anderson continues, and say, “’The yard wants to make things right.’ Selecting that type of person will make the yard more flexible in the specifications stage, and not charge a change order for minor changes because they realize cooperation pays off long term.” In fact, he continues, “the sustainability of the brand needs to be understood.” “We don’t want to beat the yard to a certain point that it’s not sustainable, and goes out of business, as eventually the yacht will be sold and the brand of the builder will impact the resale price.” he says.

When to hire an owner’s representative: Anderson says the build-specification stage, which is prior to the contract signing, is ideal. Keep in mind that it takes about a year to develop a specification and design, too. “It is a piece that you just don’t want to rush,” Anderson says. It’s what ensures the descriptions and diagrams on paper result in your tangible, beautiful yacht. “Once the contract is signed, so is the build specification set,” he adds “Once that takes place, the owner’s representative is constrained by the technical specification and related system and equipment choices. Understand that any alterations to what the specification describes will either be rejected by the builder or will cause a cost and possibly a delivery-date impact.”