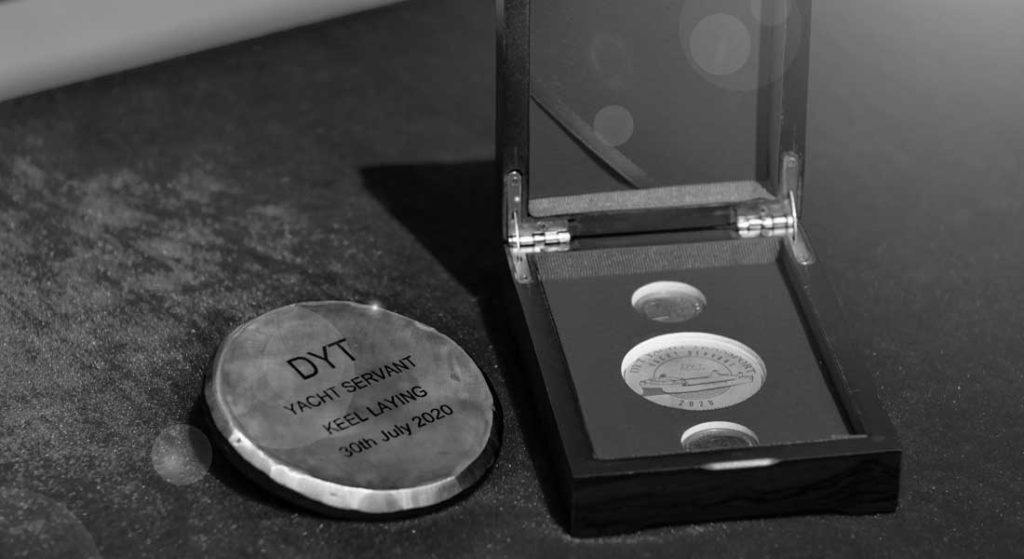 Yacht owners and crew around the world rely on DYT to transport their precious cargo across the oceans. In about 300 days from now, they will have a new, bigger Yacht Servant at their disposal. In fact, a recent keel-laying ceremony kicked off construction for what will be the biggest-ever DYT transport ship.

How big? The semi-submersible vessel measures 701 feet (213.7 meters) in length. Equally notable is the beam, nearly 151 feet (46 meters). Just like the previous Yacht Servant ships, the semi-submersible configuration means that yachts can float on and float off in the transportation process. For comparison, other companies use cranes to lift the yachts onto and off of their carrier ships. Some owners and crew prefer the convenience of staying in the water. 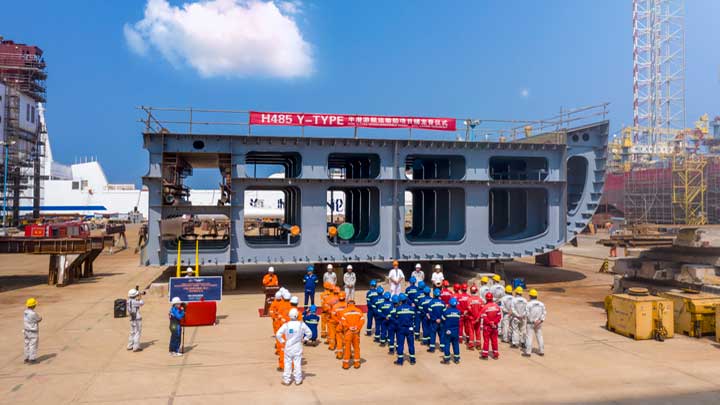 The new Yacht Servant keel-laying ceremony took place on July 30 at Yantain CIMC Raffles Offshore shipyard in China. Just like a ceremony for a yacht, the DYT team put a commemorative coin under the keel, welded in place, for good luck. Actually, the team placed two coins: one a dollar, and one a Euro. Although the ceremony couldn’t be the typical celebration due to social distancing, still several people were on hand to observe.

“This is not just the laying of a keel, but it is also the start of a new era in yacht transport,” Laura Tempest, DYT’s general manager, says. “This will be the largest semi-submersible vessel dedicating to transporting yachts ever built.”

When this new Yacht Servant launches—which you can track via a dedicated page on DYT’s website—the yachts will load and unload from the customary locations for the company. The company has not said yet what route this specific vessel will take. Regardless, DYT schedules routes from Palma de Mallorca, Spain to Fort Lauderdale and from Genoa, Italy to Papeete, Tahiti. Other routes exist, too.