You are here: Home / Yachts / Associations / Ports of Cause: New Philanthropic Group Focused on Yachting 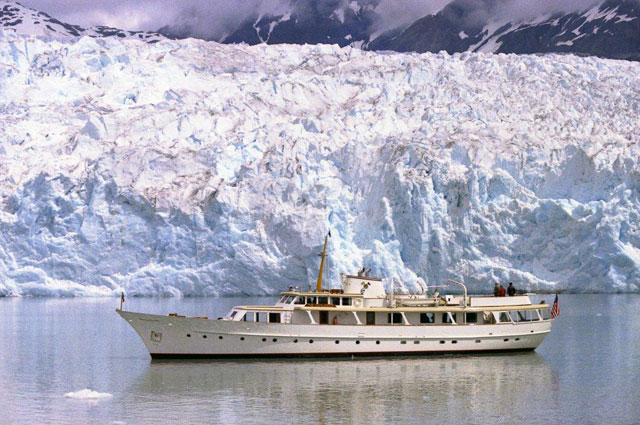 In an effort both to highlight the support that current megayacht owners have for various charities and to attract more like-minded, qualified individuals to yachting, a new initiative called Ports of Cause is kicking off.

Ports of Cause was created by Joyce Clear, principal of the design and fabrication firm Clear Group International. In an extensive interview with Megayacht News, Clear explains that the initial idea came to her about two years ago. During industry conferences and other gatherings at the time, Clear says, fellow attendees complained that the American yachting industry was suffering from negative press and that owners were reluctant to be public in their ownership and/or spend on vessels—“the whole ‘99 percent’ movement,” she says. She felt there was a missed opportunity to talk about a lot of the good going on in the industry. As an example, Clear points to the build of Cakewalk, a project that Clear Group International contributed to in its home state of Connecticut. “Four hundred families in Bridgeport were supported by Cakewalk,” she avers. As another example, Clear points out there are numerous philanthropic efforts supported by megayacht owners and the industry alike.

At the same time, Clear was delving into the details of the annual Esquire magazine Signature Space program. Every year since 2003, Esquire has taken a house or bachelor pad and, with leading designers and top-name brands in furniture, accessories, and more, transformed it into a showcase of what it considers the ultimate for today’s modern man. The home further hosts a series of invitation-only charity events for Esquire clients, celebrities, and other VIPs. To date about $10 million has been raised for the charities.

The idea struck Clear: Why couldn’t the yachting industry do something similar with megayacht refits?

Thus Ports of Cause was born.

Clear has assembled a board of directors that includes Jim Bento, head of Ocean Marine Yacht Center in Virginia; Jill Bobrow, principal of Jill Bobrow Associates; Michael Moore, founder of Moore & Co.; and others. Clear also says she’s spent much of the past two years learning more about what megayacht owners are passionate about supporting, as well as what benefits they would want for allowing their yachts to serve as the showcase. As you might expect, environmental-oriented charities ranked high for several owners—including the first owner to participate in the Ports of Cause program, Victor Muller. Muller, CEO of the Dutch sports-car marque Spyker, owns the 116-foot The Highlander (pictured at top), which has been at Ocean Marine Yacht Center undergoing a refit for a few months. Muller is “emphatic” in his support of water-oriented programs, Clear says. Therefore, she explains, Ports of Cause will first support clean-water programs like Ecomundi Ventures and Models for Water along with ocean-oriented charities like the International SeaKeepers Society and Plant-a-Fish.

In terms of the benefit for owners, here’s how Ports of Cause works. Clear says that she and her team will ask the owners and captains of a yacht being refitted (one per year) to put together a wish list of products they’d like onboard. Ports of Cause will in turn approach the companies on their behalf. The cost of the refit will also be offset via corporate sponsorships from these companies as well as others. The total will be determined on a case-by-case basis due to each yacht’s needs plus the products and more involved in the refit. Ports of Cause will simultaneously work out an agreed-upon number of red-carpet events where the megayacht will host parties once the refit is completed. If an owner likes to cruise in Europe, for example, Ports of Cause will help arrange the VIP visits there. The yachts will further fly a special Ports of Cause flag in the marinas they visit, to create awareness of the program and especially the support of the charity or charities benefitting from the events. “Yachts are mobile and global,” Clear says, making them perfectly suited to reaching more people than a landlocked home. They can also pair with other yachts, something Muller plans to do. Clear says The Highlander will team up with the 1937-built mahogany commuter Posh at Ports of Cause events.

Clear also sees Ports of Cause as a way to promote job creation. She says that 10 people are presently working on the refit of The Highlander, with Ocean Marine Yacht Center anticipating a total of 30 or more to contribute in the coming months. Clear adds that about another 15 staff from Clear Group International are creating custom furnishings, creating lighting, and other touches. “The goal is to get it back to its original grandeur,” she says. The Highlander was built by Feadship in 1967, a time when “yachting was yachting,” she adds, and when the yacht was famed for hosting regular events for the varied business and personal interests of the late Malcolm Forbes. Once The Highlander refit is complete, she will be at Ports of Cause events, details of which will be released as the time draws closer.

Eventually, Clear envisions Ports of Cause having a number of refitted yachts involved and various charities supported, creating “a supporting fleet of vessels for that particular cause.” She adds, “It will allow owners to say, ‘I can be a part of this,’” standing proud as both a yacht owner and as a backer of environmental causes.

Ports of Cause plans to host fundraising and awareness campaigns at major boat shows worldwide, with the first at this coming February’s Yacht & Brokerage Show in Miami. 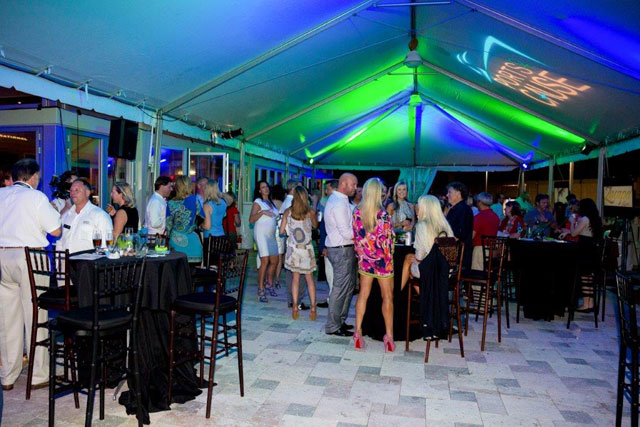 UPDATE, APRIL 11, 2013: Ports of Cause officially kicked off its campaign at the Palm Beach International Boat Show. Besides the charitable organizations outlined above, such as Plant-a-Fish, Ports of Cause will further strive to support Waterkeeper Alliance, Thirst No More, and Join the Pipe. “It is POC’s goal to refit a vessel every year as well as create an exclusive POC membership club,” Clear says. “All the vessels in the fleet will fly the POC flag as proud supporters of our water-based causes, a representation to the world that this industry cares and will affect change.” Clear was joined by co-founders Shelley Furse, Eric Dahler, and Peter Vogel as well as megayacht owners and megayacht industry representatives at the event, sponsored by Element Financial.