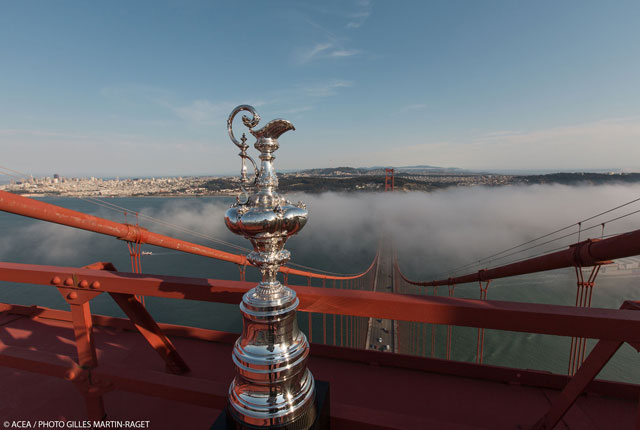 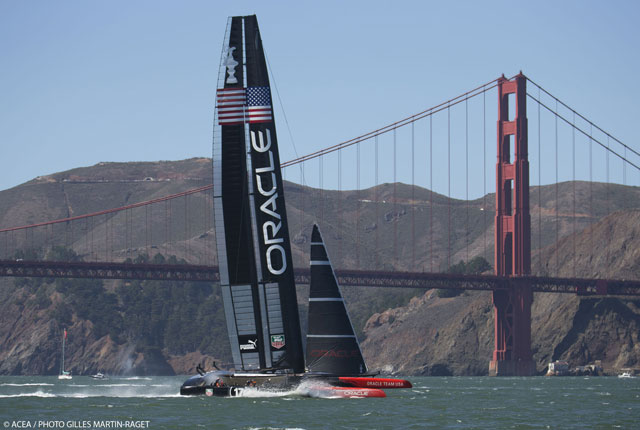 The next America’s Cup isn’t until 2017, but that’s not stopping San Francisco’s mayor, Ed Lee. He already has presented the America’s Cup Event Authority with suggested venues, keen to have his city play host again.

Tradition dictates that the America’s Cup winner gets to select the next race location. Larry Ellison, owner of the winning Oracle Team USA, is expected to choose San Francisco within the next few months. Regardless, in a letter sent to the America’s Cup Event Authority, Lee enthusiastically makes several proposals. He cites the economic impact on San Francisco, between tourism spending and job creation. He further points out how the 34th America’s Cup “showcased our spectacular waterfront, the beauty of San Francisco Bay and the sport of sailing to millions of spectators around the world.”

Specifically, Lee recommends using Piers 27 to 29 for team bases, which is a change from the just-concluded America’s Cup. During that race, Piers 30 to 32 served as team bases. Lee also recommends using Piers 27 to 29 for the America’s Cup Park. He further suggests teams get to use Piers 19, 5, 23, and 31, plus part of Pier 80. Public viewing is recommended for Marina Green, the same area as the race in September.

Lee’s proposal is just a first step. Therefore, there is no mention of a megayacht marina, the way there was in September. You may recall that the America’s Cup Event Authority appointed Fraser Yachts as its official “superyacht partner.” Fraser Yachts and companies like Ocean Independence, a joint brokerage partner, arranged concierge services for megayachts. These services included securing berths, with fees ranging from $30,000 to nearly $200,000. Megayacht owners, guests, and charterers also were offered exclusive events, plus access to the America’s Cup teams when their boats were in the America’s Cup Village.

The city of San Francisco and the America’s Cup Event Authority now need to work on a comprehensive Host City agreement. They already have the support of some of the yachtsmen. Iain Murray, who served as the regatta director and is now CEO of Team Australia, says, “We all saw what a fantastic venue San Francisco was for the racing this summer. The conditions, the natural amphitheater, and the enthusiasm of the people made for one of the best America’s Cups ever.” Ben Ainslie, who raced with Oracle Team USA and is assembling a British challenger for 2017, echoed Murray’s comments about the bay. He adds, “I hope we’ll soon see an arrangement that brings us back to San Francisco as soon as possible.” Russell Coutts, CEO of Oracle Team USA, told Reuters this week that his group wants to race again in the city. He added that they’ll use foil-equipped catamarans again, though likely smaller in LOA.