You are here: Home / Builders / Holland Jachtbouw Joins Forces With the Js 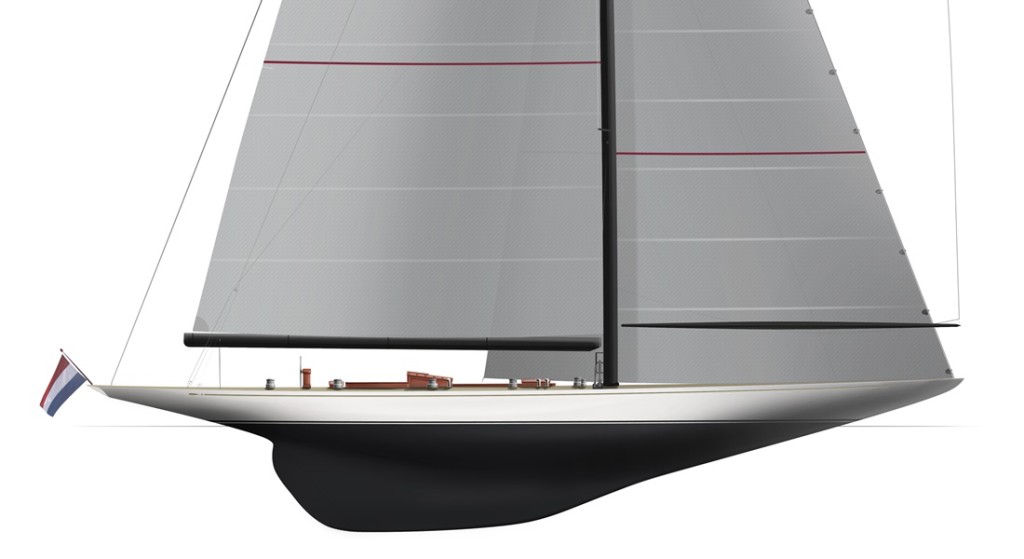 While the two have had close ties for a while, Holland Jachtbouw and the J-Class Association are officially partners.

The move reflects the particular relationship the two companies have had for the past several years. Holland Jachtbouw has not only built a modern-day J, that being Rainbow in 2012, but it also has another under construction. J8, as the latter is known, launches this spring, The 139’8” (42.62-meter) was initially designed in 1935 by Frank Paine, renowned for his work in the early 20th century. J8 was never built, however. Interesting enough, Paine drew her full well knowing he’d get hit with a penalty for exceeding the restriction on waterline length at the time, which was set at 87 feet (26.5 meters). He believed it was worthwhile in comparison to the sail area and displacement. Hoek Design, which has studied J8 and has optimized her for modern-day sailing, says she’ll be consistent in various conditions. The studio is also overseeing the creation of the Art Deco interior. 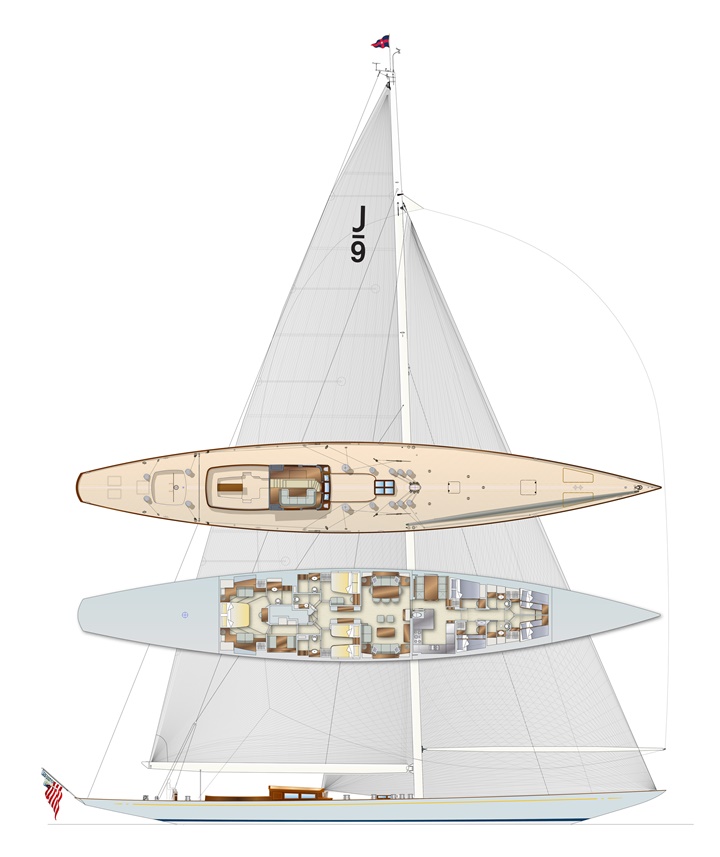 Furthermore, Holland Jachtbouw owns the rights to two Js not yet constructed. One is Yankee, pictured at top, the 124’10” (38.1-meter) originally designed by Frank Paine and delivered in 1930. Yankee was fast, becoming even faster following a refit for the 1934 Defender’s Trials for the America’s Cup. She’s been given modern updates by Dykstra Naval Architects.

The other J that Holland Jachtbouw has exclusivity on is simply known as J9, seen above. She, too, is an original Paine project, dating to 1936, never brought to fruition. The reason: The New York Yacht Club decided that Ranger (a.k.a. J5) would be a better racer for the 1937 America’s Cup. J9, with one of the lowest wetted surface areas of the Js, has been thoroughly studied by Hoek Design. The studio says she’ll perform well in light, moderate, and heavy winds alike, upwind as well as downwind. The J-Class Association doesn’t specify an LOA for J9, though the original waterline length was 88 feet (26.8 meters). Just as with J8, Paine decided that it was better to be penalized than compromise the sail area and displacement.