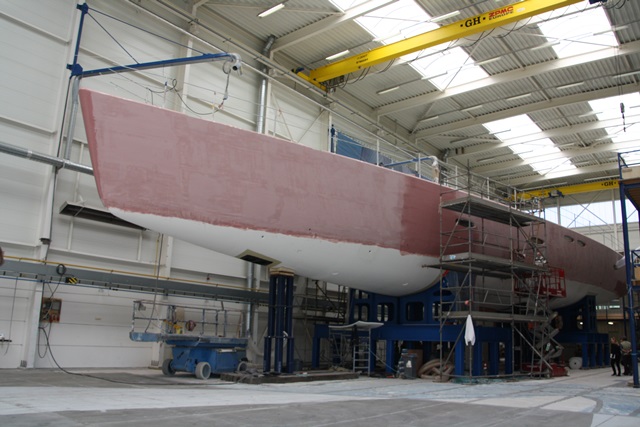 Founded 23 years ago, Holland Jachtbouw has delivered more than 35 fully custom sail and power megayachts for racing and cruising enthusiasts alike. The technical innovations, the performance reliability, and its small-shipyard-thinking-big attitude are just some of the reasons behind this Dutch shipyard’s success. 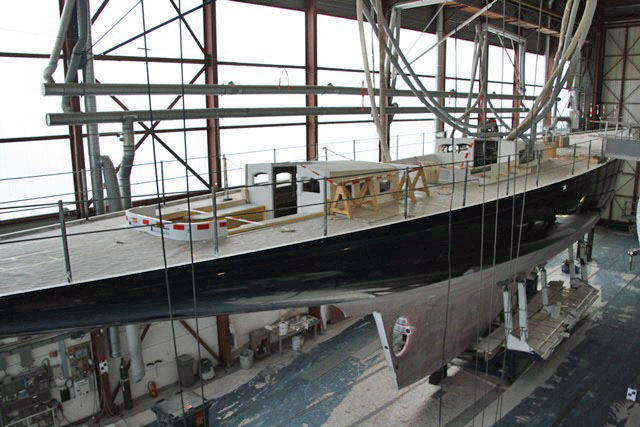 Among Holland Jachtbouw’s five current new builds is yet another J Class yacht. Sailing aficionados and J fans alike surely recall that Holland Jachtbouw is the builder behind the recent J Class yacht Rainbow.  The new J project, simply referred to as J8, is from the drawing boards of Hoek Design and based on an original design by the late Frank Payne from 1937 that was never built. She’s similar to one of Payne’s designs that did get built, though: Yankee, a.k.a. J2, built in 1930. Measuring 141 feet (43 meters) and with two deckhouses and two cockpits, J8 will be nearly 20 feet longer than Yankee and one of the biggest J Class sailing yachts ever. Holland Jachtbouw therefore expects both cruising and chartering to be on J8’s horizons, besides racing of course. She’ll be delivered in November 2014. 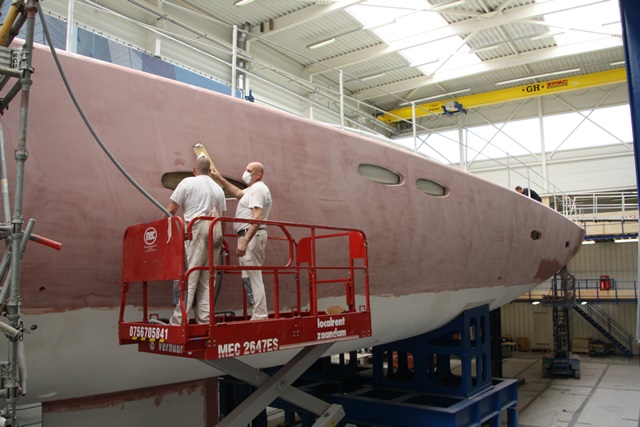 Also under construction at Holland Jachtbouw is YIII, a Dixon Yacht Design project for a repeat client. The 147’6” (45-meter) megayacht is a step up in size for her owner, who still owns YII, built in 2006 and measuring 121’4” (37 meters). YIII was in the midst of fairing and technical installations during my visit in June. The crew’s quarters and galley were also among the areas taking shape, and it’s worth noting that the former will be aft, while the latter promises to be a good size. The performance sloop is intended for the light air of the Med and will feature an interior by Rhoades Young Design. Launch is set for next spring. 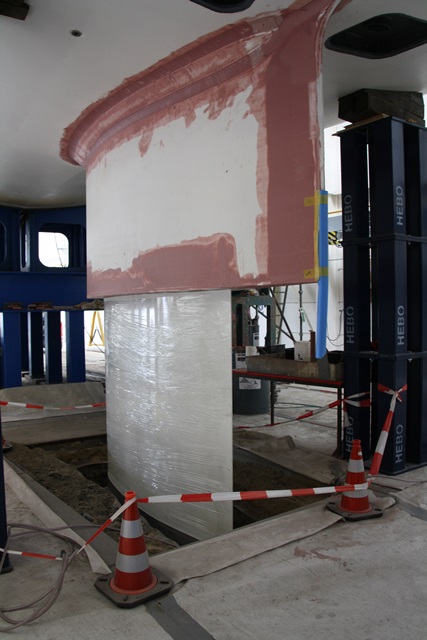 One of the more unusual features of YIII is this exterior box for the lifting keel. Tako van Ineveld, Holland Jachtbouw’s commercial director, readily admits it will create a bit more drag than a traditional lifting keel, but adds that the design is something the shipyard has incorporated on smaller sailing yachts. It also prevents the lifting keel from impacting interior space, which is at more of a premium aboard sailing yachts in general compared to motoryachts, and even more so aboard sailing vessels with lifting keels.

As mentioned above, something that sets Holland Jachtbouw apart is its innovation. Rainbow, for example, incorporated a hybrid propulsion system with lithium-ion batteries and a variable-speed genset. J8 will employ a similar setup. As for other megayacht projects at the yard, YIII will have a double hinging transom door/swim platform. In addition, in general, Holland Jachtbouw designs its own sailing systems, and each megayacht project additionally gets an in-house project manager and design assistant. This is all due to Holland Jachtbouw developing and growing its engineering team. In fact, even though Holland Jachtbouw recently completed an expansion of its engineering office space, van Ineveld says the team has already outgrown it. 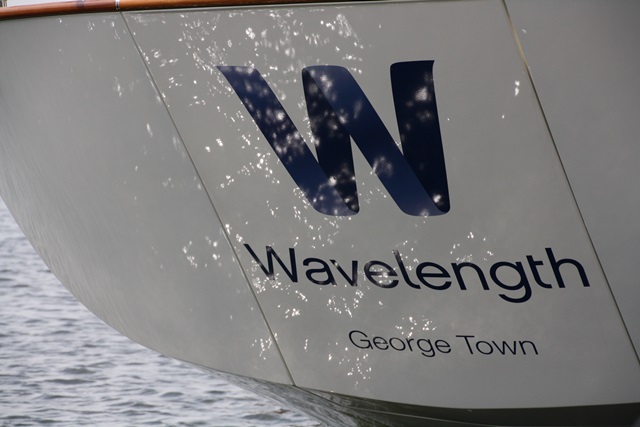 Besides new construction, Holland Jachtbouw further performs refits. The 90’2” (27.5-meter) Wavelength, ex-Boo Too, was nearing the end of one such refit in June. Initially, a few years ago, the owners were considering building a new megayacht, but they decided to buy this one on the brokerage market and use her for a while, then refit her as they felt necessary. Wavelength underwent a few significant changes at Holland Jachtbouw, including the renovation of the hydraulics, mast, and sails, plus the installation of a new engine. In addition, the helm was moved to the aft deck from the mid-cockpit, permitting a bigger dining/relaxing space for the owners and guests. The owners further requested the office be converted into an additional stateroom and that their stateroom be changed from a twin to a queen.

Within the past year, Holland Jachtbouw has extended its dock to the point of tripling its available waterfront space and taken on additional refits, such as one for the sailing yacht This Is Us. It has also signed additional new-construction projects, like one from Tripp Design that will measure 148 feet (45 meters); her hull arrives from a subcontractor this month. All of this amounts to a good deal of work for what van Ineveld terms a “slim operation,” but that hasn’t stopped Holland Jachtbouw from doing what small companies everywhere should: think big.