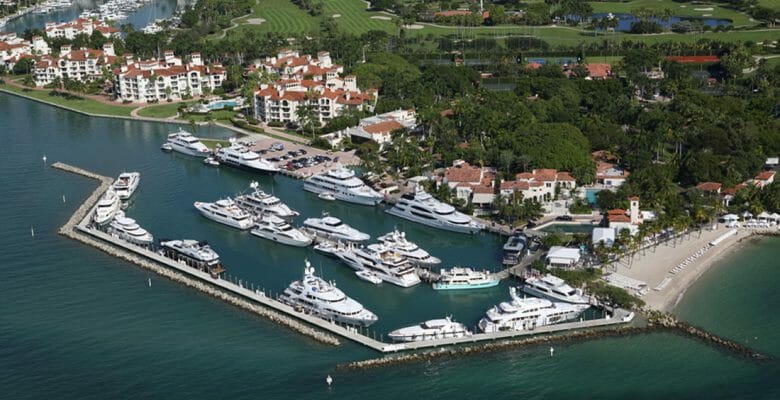 In 1988, two board members of the Boys & Girls Clubs of Broward County who had ties to yachting had an idea. They invited yacht owners to Cat Cay in the Bahamas for a fundraiser for the clubs. The money benefitted the existing four clubs, serving more than 3,200 at-risk children and teens. Today, the annual Boys & Girls Clubs Rendezvous is the world’s largest gathering of megayachts for a charitable purpose. Furthermore, more than $30 million has gone to 12,500 children at 12 clubs in the county. Next month, you can join supporters to celebrate the event’s 30th anniversary.

From November 9 to 11, the event spans two locations. The Fisher Island Club, a private island off Miami Beach, serves as the primary site. Part of the reason is the Fisher Island Marina, where nearly two dozen megayachts can dock. In fact, the yacht hop, a perennial favorite activity, takes place there. A number of yachts typically participate in the Boys & Girls Clubs Rendezvous yacht hop, too. This year, on November 10, the yacht hop theme is “Pirates of Fisher Island,” so expect some of the yacht captains and crews to decorate and even dress accordingly. (Guests need not don eye patches or parrots, of course. Chic yachting attire is welcome.)

While Fisher Island also plays hosts to activities with Boys & Girls Clubs members during the day on November 11, the action moves to the second location that evening. It’s the Mandarin Oriental Hotel on Brickell Key, a gated island in downtown Miami. The hotel will host the weekend’s formal gala. A highlight of the “Under the Sea” gala surely will be a concert by Jason Derulo, an award-winning pop singer, songwriter, and dancer. He’s sold more than 50 million singles, for example. He’s also been a judge on the So You Think You Can Dance TV show, and performed his single “Talk Dirty” on Dancing With the Stars.

More important, however, Derulo is a Boys & Girls Clubs of Broward County alumnus. After winning a talent show, he appeared at the 2000 Rendezvous, and performed on stage with singer Michael Bolton. He says the Marti Huizenga Club in Hollywood, Florida changed his life. “That place was instrumental in helping me become who I am today,” he says. “It teaches you the basic skills you need to be a grown-up.”

Finally, the gala will see Mr. and Mrs. Terry Taylor, longtime Clubs supporters, inducted into the Dream Makers Society. Dream Makers are supporters who have committed to the Clubs for a minimum of a decade. They’ve also helped establish a successful Clubs program or event, and contributed more than $1 million overall to the organization.

For full details on the Boys & Girls Clubs Rendezvous, including accommodations, visit the website.