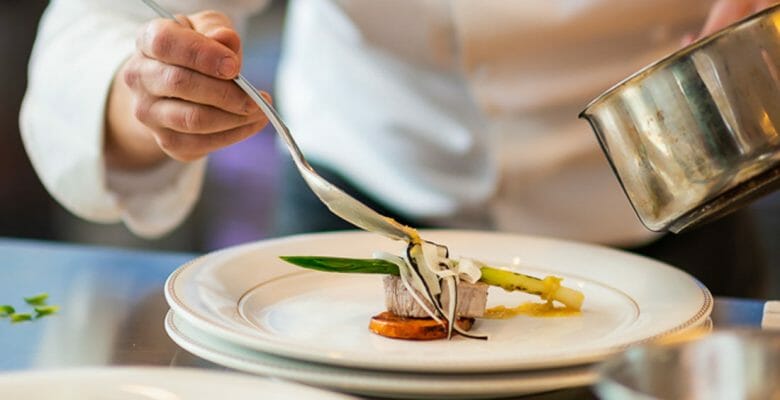 It may seem like a hyperbole to call a cooking competition combat. However, it really is a battle: a battle against time, and of course fellow talented chefs. Ultimately, it’s a battle to win over taste buds. So, when 12 superyacht chefs went head to head recently in a competition akin to the Food Network’s Chopped, the heat was on. Only one walked away with the coveted prize, a sculpture—food-themed, naturally. 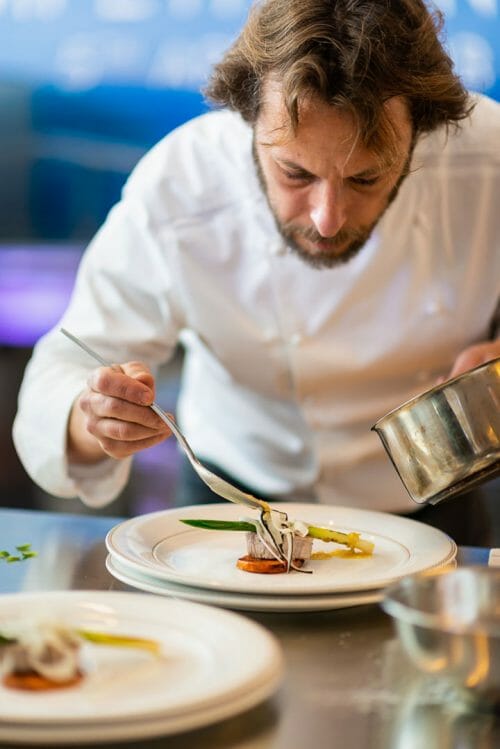 For the ninth year in a row, Bluewater hosted this contest. It partnered with the Monaco Yacht Club, where the chefs participated in three demanding rounds. The rounds lasted 30 minutes each. Hailing from yachts exceeding 131 feet (40 meters), the superyacht chefs only learned of the ingredients at each round’s start, too. Those ingredients ranged from Kobe beef to veal and various fish, as well as kale and potatoes. Furthermore, their workstations replicated the confines of some yacht galleys. (Considering one of the superyacht chefs works aboard the 345-foot (105-meter) Lady Moura, “confines” is a suitable word.)

As if the mystery baskets weren’t pressure enough, members of the general public looked on around the room. Furthermore, the judging panel was a who’s who among cooking’s elite, along with royalty. Michelin-star chefs, joined by Prince Albert II, tasted their meals. They then assigned points within each round according to flavors, creativity, and presentation. Following the points tally, the three superyacht chefs with the highest totals competed once again. This time, though, it was the finale. Suitably, the finale was the toughest round. Each of the chefs had to prepare both lamb and lobster as a main course, along with a dessert.

Pablo Albuerne (pictured), with the 174-foot (53-meter) Tales, emerged victorious. The trophy was quite fitting for a cooking competition. It’s a double-fish glass sculpture, from Lalique.

On his Instagram account, @gipsychef, Albuerne expressed sheer delight. “Thankful and happy!” he captioned a photo of himself in which he hoists the sculpture. “Effort, love, passion, and luck, the perfect combination,” he added. He also wrote, “Special thanks to @yachtclubmonaco and @bluewater_crew for how well you treated me.”