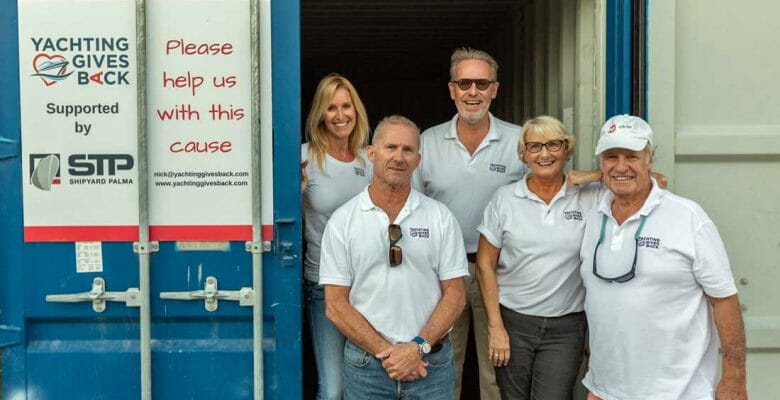 Examples of generosity on the part of superyacht crew, owners, and businesses abound. The recent efforts to help the Bahamian people following Hurricane Dorian and the longtime, ongoing efforts of the non-profit YachtAid Global are well known. While these efforts traditionally focus on somewhat remote communities, some areas in well-to-do regions need help, too. That spurred the creation of Yachting Gives Back in Mallorca, Spain, primarily focused on fighting hunger.

Nick Entwisle, who spent more than two decades with Pinmar, created the organization. The idea came to him at Christmastime last year. In seeing the STP shipyard chockful of yachts, he wondered if they had spare rice, pasta, or beans. He further wondered if yachts might add an extra non-perishable item or two into their shopping trips to benefit local charities, similar to what many people do. “But was there even a demand for it in a wealthy island such as Mallorca?” 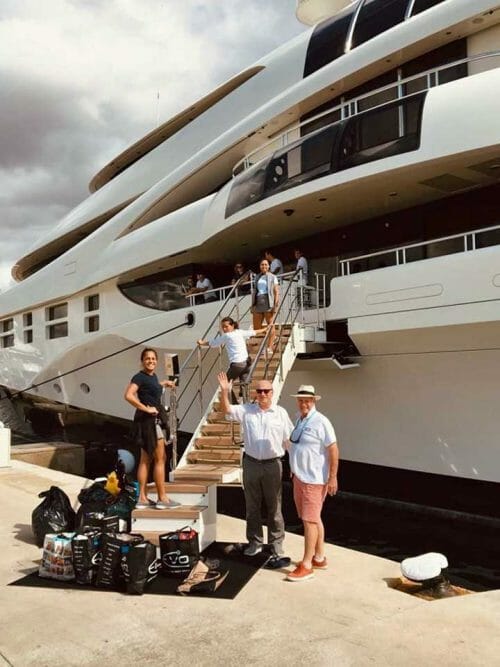 Turns out, there was. Banco de Alimentos, Mallorca’s centralized food bank, assisted more than 21,000 people last year, Entwisle says. Eighty-two organizations assisted in feeding them more than 3.1 million pounds (1.4 million kilograms) of food, too. In addition, he says, the European Anti Poverty Network found that 11,000 Mallorcans lived on less than 370 euros per month.

Yachting Gives Back supports a Palma-based soup kitchen serving 350 meals each day. It also serves a food bank there that helped more than 4,700 families last year. Its first initiative, during Easter earlier this year, resulted in collecting 1,433 pounds (650 kilograms) of food. “As the yachts departed for summer season, we assumed our little venture would fall quiet,” Entwisle confesses. “It didn’t.” Through social-media outreach, superyacht crewmembers started supporting Yachting Gives Back in droves. In fact, the photo at left reveals some of the 25 bags of food donated by the crew of Palladium. A similar photo on Yachting Gives Back’s Facebook page garnered 26,500 views.

Since then, Sunsail and The Moorings charter companies have pledged to donate surplus food following every weekly charter next year. Plus, Entiwsle says, some yachts are offering gently used uniforms, bedding, and towels, since Yachting Gives Back is helping a homeless organization now, too. Equally notable, Yachting Gives Back fields inquiries from people asking what current needs are, who then go shopping for those items. So far, 40 mattress donations and dozens of towels and sheets will outfit a new homeless shelter being built.

“Since STP donated a storage container as a drop-off, sorting, and distribution point, we’re now closer to the boats, more visible, and receiving many more donations,” Entwisle adds. “The yachting industry represents the epitome of luxury, and owners and crew are very aware of that fact and want to give back.  I think we’ve captured a moment, and we all feel honored to help this beautiful island community we call home.”