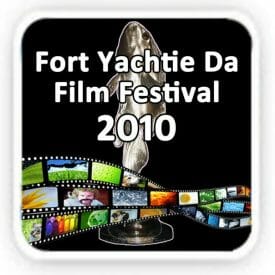 France has the Cannes Film Festival and all of its glamour. Hollywood has the Academy Awards. But neither can hold a candle to the Yachting Capital of the World, thanks to the Fort Yachtie-Da International Film Festival.

If you’re not familiar with it, the Fort Yachtie-Da International Film Festival, held for the past two years in Fort Lauderdale, is a video competition for yacht crew. Crewmembers write, direct, and film the videos (a maximum length of five minutes), then upload them to the festival website for consideration. Come November 13, some of the most talented and creative individuals will receive awards, in the categories of Comedy, Action, Documentary, Yachtie Lifestyle, and Infomercial. The winning videos will also be showcased during the event.

While Fort Yachtie-Da models itself much after the Academy Awards ceremony, there’s a significant difference in how winners are chosen. The Academy Awards voting process involves strictly members of the organization, and not every member can vote in every category. In contrast, Fort Yachtie-Da allows anyone who’s interested to vote. (It also has a panel of experts who are well versed in videography and related aspects, plus a panel of sponsors.) In fact, you can log on at any time during the year to watch videos. Given the September 1 deadline for submissions, it’s wise to visit a few times or simply wait until then. While you are deciding which videos to watch, you can also read about the superyacht crew who produced and acted in the films, rate the films, and nominate finalists.

Produced by Crew Unlimited, the crew-placement agency, the goal of Fort Yachtie-Da is to bolster camaraderie, teamwork, and of course enjoyment of chosen careers.

If you know creative crewmembers, encourage them to enter. Then log onto the website for details – and to vote. In the meantime, check out this first-place winner from last year for some inspiration. It was shot by Lennie Mathiesen, a crewmember aboard Triton, showing what a day in his “office” is like: