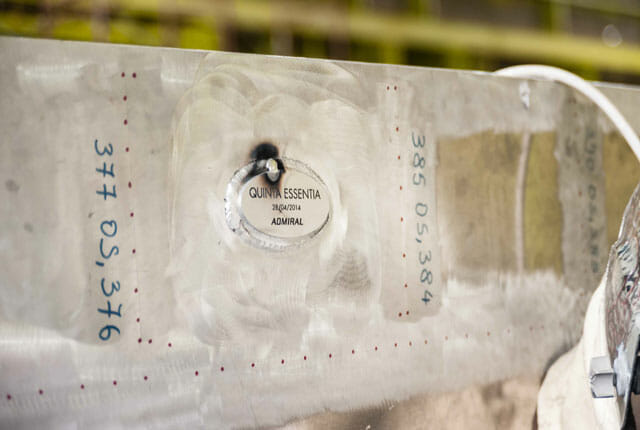 April 28 was a festive day at Admiral Tecnomar. The keels for the E Motion 52 and E Motion 55 megayachts were laid, during a ceremony attended by each yacht’s owners and various dignitaries.

As per tradition, the owners of the E Motion 52 and E Motion 55 were given gold coins. It’s a long-standing seafaring tradition to place the coins beneath the keels, for good luck. The coins were then welded to the keels (at top). 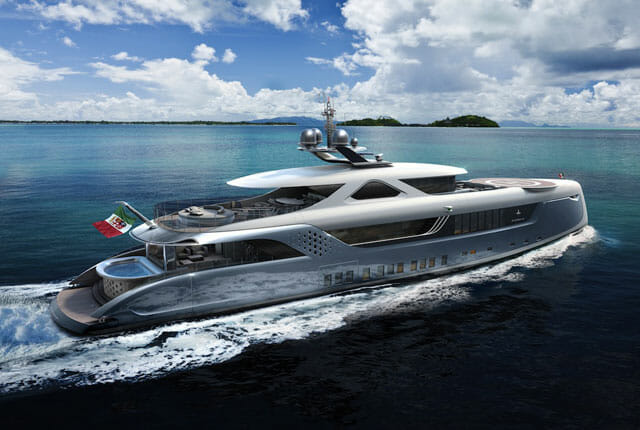 Both the E Motion 52 (above) and E Motion 55 (below) comprise Admiral Tecnomar’s E Motion Series. The lineup focuses on all-aluminum, semi-displacement yachts. Both megayachts will feature hybrid propulsion. Both also bear styling and naval architecture by Dobroserdov Design. Admiral Tecnomar’s Admiral Centro Stile is overseeing interior design for the two megayachts. The smaller of the two has accommodations for 10 in the full owner’s party. Gross tonnage will be 499. The larger accommodates 12, with a gross tonnage of 850. 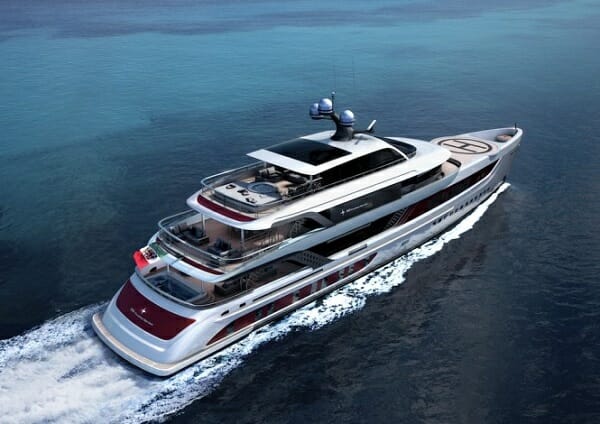 LOA for the E Motion 52 is 168’10” (51.5 meters). Quadruple MAN engines should permit a 24½-knot top end and a 19½-knot cruise. In electric-only mode, the yacht should see a 12-knot top end. Meanwhile, the E Motion 55, measuring 178’8” (54.5 meters), should see a 16½-knot maximum speed with twin MANs. Cruising speed is expected to be 15 knots. Electric-only mode should allow her to max out at 12 knots, too. All of these figures were confirmed via tank tests. In fact, the Dutch studio Vripack assisted with the tank tests for the E Motion 55. Admiral Tecnomar further expects quite low fuel consumption in electric mode for both yachts. It should be about 18½ gph (7 lph).

Both the E Motion 52 and E Motion 55 are set for delivery in summer 2016. They’re also each the largest yachts built in Admiral Tecnomar’s home county of Massa Carrara.