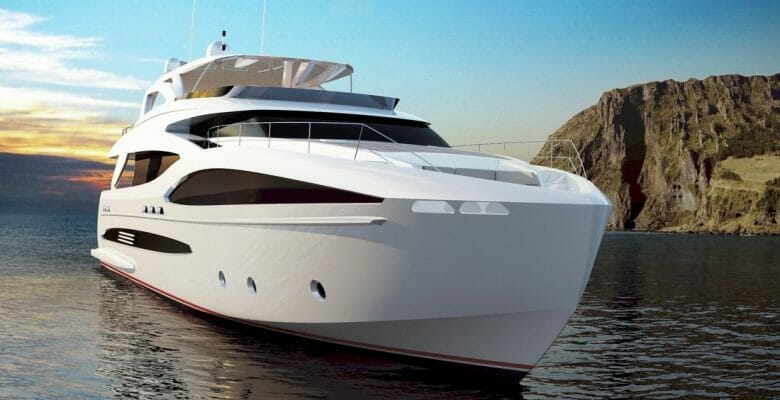 Expanding its fuel-efficient cruisers, Horizon Yachts has an FD102 in development. The megayacht joins the already-launched FD85 in the new Fast Displacement series.

While Horizon is also developing an FD74, the FD102 will be the biggest yacht in the lineup. The series emphasizes better fuel burn over traditional motoryachts meant for good speeds. Horizon is still finalizing performance parameters for the new megayacht, which features styling by Cor D Rover Design. Thus far Horizon will just say that the FD102 will feature twin 1,900-hp Caterpillar powerplants. For a hint of what you can expect, though, look to the FD85, which sees a reported top speed around 20 knots. 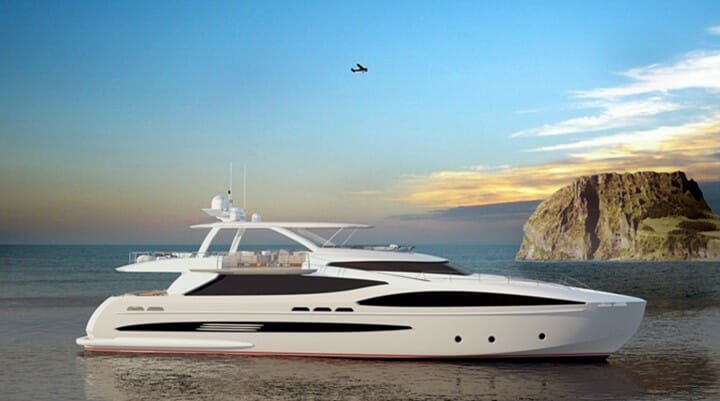 Something that is already set, however, is styling, evident in the illustrations here. Expect a plumb bow and floor-to-ceiling glass on the main deck of the FD102. In fact, the full Fast Displacement series shares these looks. As you might assume, the saloon and dining area benefit from the light-enhancing features.

Flip-down balconies enhance the experience onboard, too, up on the open flying bridge. Between the main-deck master stateroom and four guest staterooms below decks, 10 people can cruise aboard the 104-foot FD102. In addition, in keeping with typical Horizon custom, buyers can pick woods, stones, and other decor items to personalize their yacht.

Even though Horizon says a number of its clients like to run their boats themselves, the FD102 is made for professional operations. Three crew cabins sit below decks for them.

The shipyard hasn’t specified when hull number one should start construction. However, Americans can get their first look stateside at the FD85 when hull number three arrives here early next year.