You are here: Home / Yachts / Illusion Plus Appears at Pride Mega Yachts 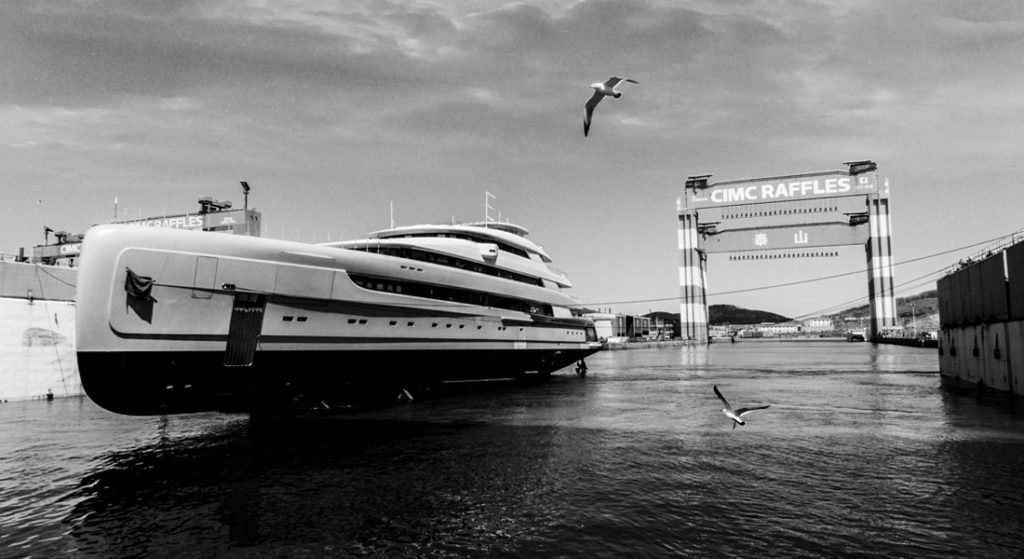 The largest megayacht built in China slipped into salt water for the first time this week. Illusion Plus, coming in at 290’4” (88.5 meters), did so on April 11.

Rising six decks high, Illusion Plus has extraordinary volume, a 3,603-gross-ton vessel. Her builder, Pride Mega Yachts, is situated in Yantai. The shipyard went by the name of CIMC Raffles Yacht when construction began in 2010. Rebranding occurred a few years later, to better reflect the emphasis on large pleasure vessels.

A multi-national team of designers and engineers backs Illusion Plus. Styling, for example, is by Rainsford Saunders Design, now known as Rainsford Mann Design. Naval architecture, meanwhile, is by Azure Naval Architects. Befitting a super-size superyacht, the studio expects a 5,000-nautical-mile range at 14 knots. Interestingly, the megayacht has a diesel-electric propulsion system, with Azipull pods. The system should ensure efficient operations and maneuvering. Related to this, Illusion Plus has a true dynamic-positioning system. That will allow her to stay in place in sensitive regions, for example, without using her anchor. 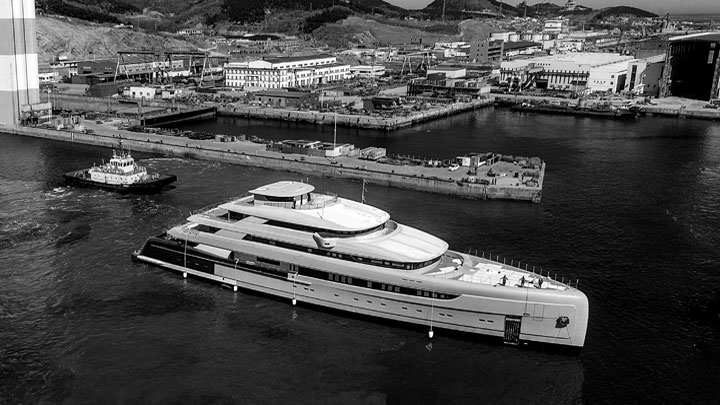 While interior photos are not yet available, renderings from a few months ago promise remarkable spaces. They’re by Sinot Exclusive Yacht Design. For example, Illusion Plus has a two-deck-high atrium, uniting the formal dining area and upper saloon. Quite large ports should brighten the already light-tone color scheme. Further of note, two VIPs, two doubles, and one twin spread out between the main and upper decks. Meanwhile, the master suite occupies 861 square feet (80 square meters) of interior floor space. Of course, it also has a private alfresco area. Everyone aboard has use of a spa below decks, containing a massage area as well as a steam room and sauna.

Illusion Plus is for sale for $145 million through the central listing of Y.CO. She’ll be ready for delivery toward the autumn. In the meantime, here’s a look back at some of her construction.