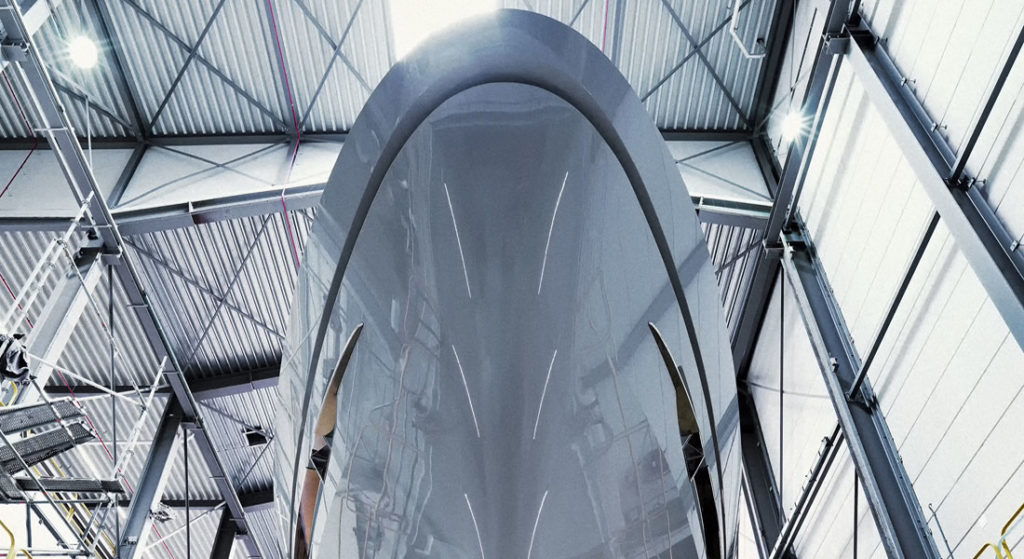 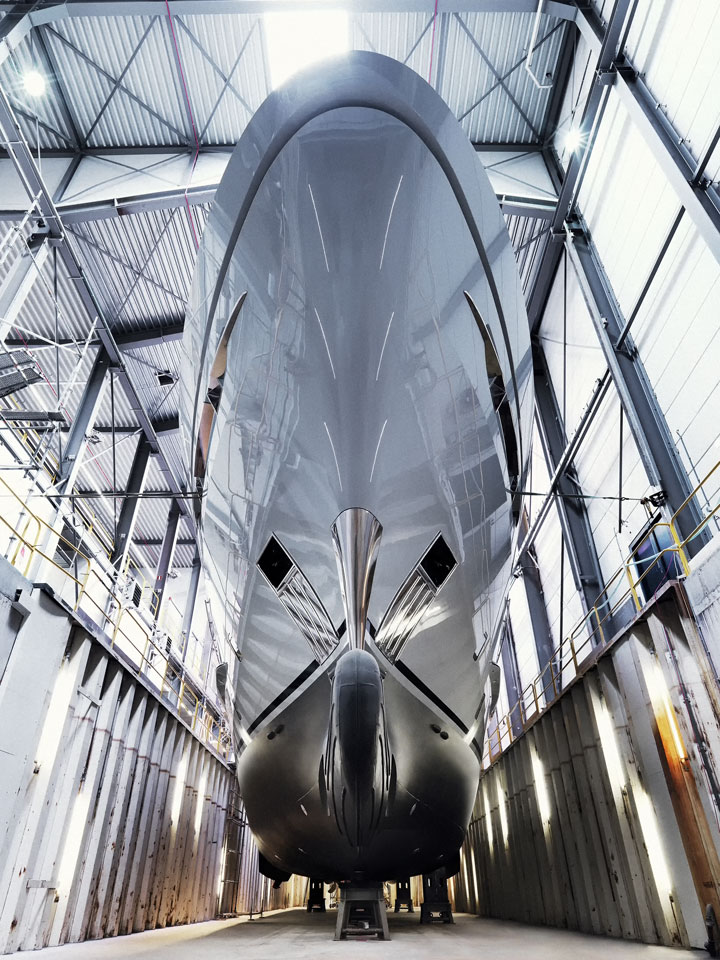 Measuring 164 feet (50 meters), the steel-hulled megayacht started construction as Project Maia. She’s the first of this new steel series, too. In fact, she replaces the slightly smaller 47-meter steel series, measuring 154 feet. That series had a run exceeding a decade, seeing 13 launches.

Construction began on the new yacht in 2016, on spec, with buyers stepping in this past December. At the time, Heesen described one of them as being a “serial yacht owner.” It added that he’d spent the prior year researching what his next project would be. Project Maia caught his attention partly because of Clifford Denn Design’s sporty, automotive-influenced lines. Unfortunately, the single launch photo does not reveal where they most readily appear. They’re a little easier to see, though, in the rendering below. Look at the aft fashion-plate grills, akin to the famed so-called Fisker whiskers.

Even with her car-like exterior features, Omaha is every bit a Heesen. Engineering took place in house, plus Denn incorporated some family looks from other Heesens. Furthermore, being part of the steel series, sea trials should confirm traditional displacement speeds. Expect Omaha to achieve a maximum speed of 15 knots. She should also see a 3,800-nautical-mile range at 12 knots, under MTU power. 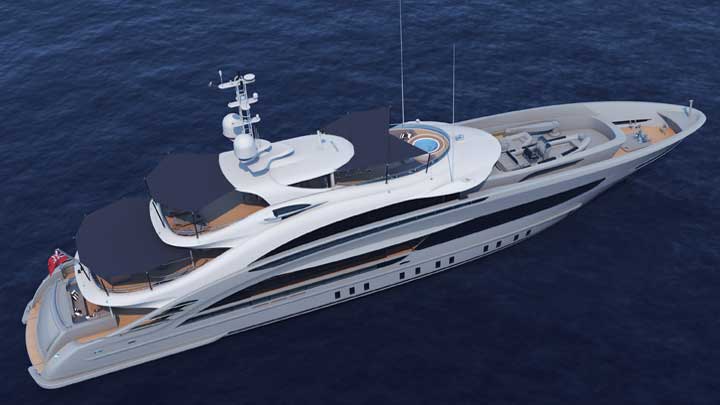 Upon delivery toward late June, the owners plan to enjoy family time aboard. Ten passengers can enjoy her relaxation spaces. The owners created a modern, soothing atmosphere highlighted by bleached oak and stained walnut. With Reymond Langton, they additionally have some eye-catching art onboard, illuminated by LEDs. Naturally, the owners and guests will spend good time outside as well. The sundeck is particularly inviting, enjoying a good length due to an extended overhang over the wheelhouse deck.

Omaha will have company in the Heesen steel family come 2020. A sistership, project Triton, will be ready then.