You are here: Home / Charter & Cruising / Fernandina Harbor Marina Rebuilding, for Next Summer 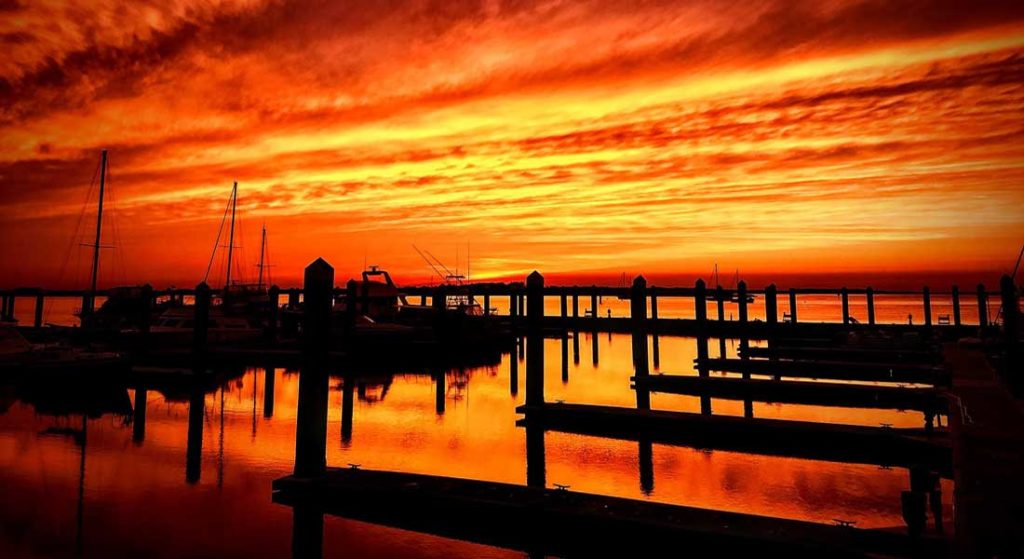 In September 2016, Hurricane Matthew ripped through the Atlantic, causing significant damage from the Caribbean up through North Carolina. In Florida, while the storm weakened to a Category 2 and stayed offshore, it still severely impacted areas. Amelia Island, near the Georgia border, was one of them. Fernandina Harbor Marina, situated on the island, was able to partly rebuild, but still needed further extensive repairs. It finally received the green light for those to proceed. With work expected to start within the next two months, Fernandina Harbor Marina should be fully functional by next summer.

Operated by Westrec Marinas, Fernandina Harbor Marina caters to local residents as well as transient yacht owners. Until the hurricane hit, it could accommodate megayachts to about 200 feet (61 meters) in the mix, in outside slips. However, a wave attenuator that normally provided protection failed. Four of nine docks couldn’t be used, and the marina cafe’s walkway ripped away as well. The latter took out electrical, fire, fuel, sewage, and water lines, too. In addition, the dock store came off its foundation. Westrec estimated it would take $10 to $15 million to restore everything.

Westrec has already completed several repairs, including ones to docks. Furthermore, 41 long-term slip holders and commercial vessels such as ferries can use the marina. But, the U.S. Army Corps of Engineers still needed to issue permits for further work. Those permits finally came earlier this year, and negotiations began with multiple stakeholders, including government agencies. As Bill Anderson, Westrec’s president, explains, “A hurricane’s devastation often lasts for months and months if not years and years.”

Within the next six to eight weeks, Fernandina Beach Marina should see the remaining restoration work start. According to Dale L. Martin, city manager of Fernandina Beach, the anticipated completion is late May 2019. “City officials look forward to the return of boaters to Fernandina Beach next summer,” he adds.

Westrec says about $4.1 million in cash flow was lost due to the hurricane these past two years. The restoration should, of course, begin to fill that hole, as well as a financial hole for the city. Fernandina Harbor Marina is located in Fernandina Beach’s historic downtown district, popular with visitors. Listed on the National Register of Historic Places, the downtown area has plenty of shops and restaurants along brick streets.