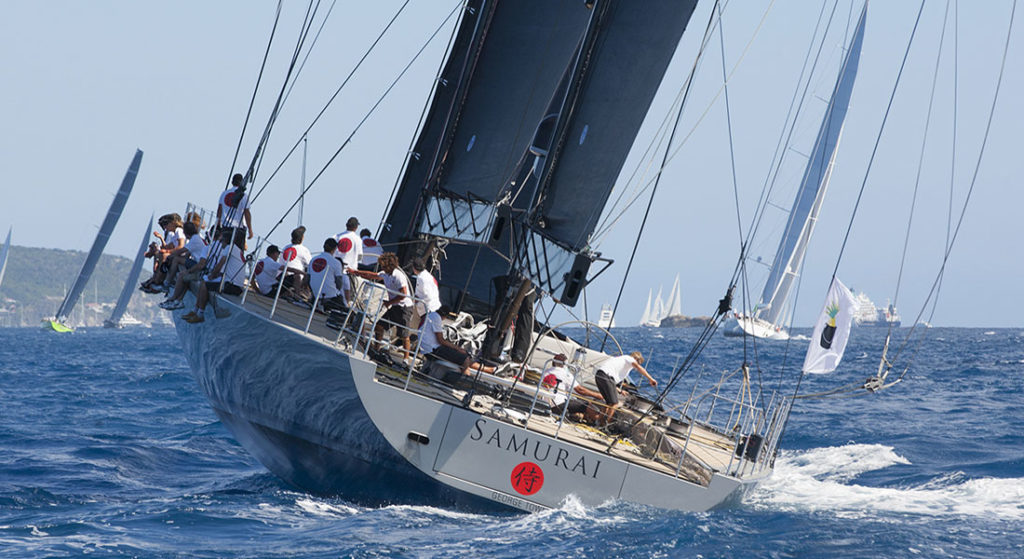 An American who treasured offshore racing commissioned a fast schooner from the French shipyard CMN in the early 2000s. He took delivery of what would become the world-famous, world-record-breaker Mari Cha IV in 2003. As just one example, this 138-footer (42-meter) averaged 19.5 knots on a transatlantic race that same year, where she smashed a century-old record. She went on to topple other records over the years, too. The owner sold Mari Cha IV to yet another racing lover, of a different kind.

While still relishing yacht racing, this owner was more inclined to pursue the superyacht circuit. He rechristened her Samurai, and sought specialists to grace her with more yacht-like features. Therefore, in 2014, the buyer took the yacht to Royal Huisman. To be clear, the owner still saw Samurai as being a spirited performer. But, he wanted more luxury-oriented amenities in the mix.

Among the orders of business for Royal Huisman’s Huisfit division: installing high-speed hydraulic winches. This simplified racing operations, requiring just one team instead of two—who had 21 winches to handle when she was Mari Cha IV. The shipyard additionally constructed and installed a lifting keel, replacing the canting keel. A whole new exterior look arose at the yard, too. The owner commissioned a restyled deckhouse and relaxing cockpits from Rhoades Young Design.

The same studio graced Samurai with a true superyacht interior. In her original configuration, since she was purely for racing, hammocks hung inside. That, of course, wouldn’t suit a cruiser intended for relaxing travel and the occasional superyacht regatta. Indeed, according to the designers, the owner’s brief was for “a combination of a Samurai temple and a Portofino beach house.” Nods to Japanese culture, including samurai swords in the main deckhouse saloon, appear. So do combinations of light and dark tones on woods, fabrics, and other materials.

Then, of course, there’s the homage to the Japanese flag on her sail. Enjoy these views of Samurai on the water.