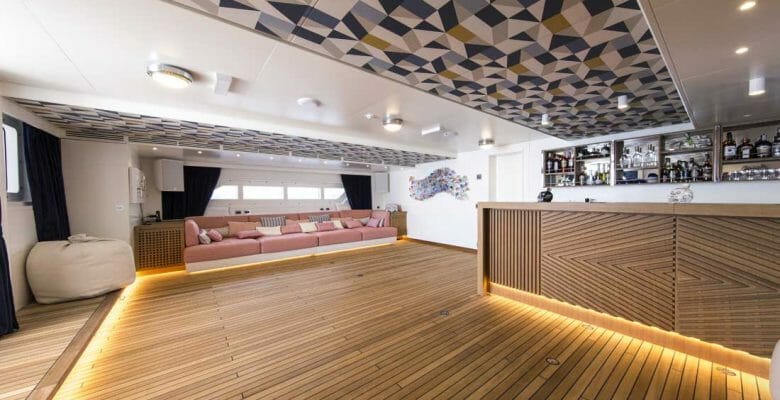 A five-deck explorer is one thing. But a five-deck explorer in a 140-foot (42.8-meter) length, within the 500-gross-ton limit, too? Plus, an explorer where the owner not only lives aboard, but also carries a 33-foot (10-meter) main tender, along with a Land Rover and motorbike? And did we mention two guest staterooms on the main deck instead of a saloon? This just scratches the surface of Audace, the first one-off from Cantiere delle Marche. She was a challenge, in multiple ways, the yard willingly took up.

Audace is not your typical explorer because her owner is not typical, either. Andrea Merloni, an Italian businessman, wanted to step up from his Inace 95 for several reasons. For instance, he desired a larger, more ruggedly constructed megayacht for travels far from his home waters of Ibiza. He wanted livaboard luxury, too, since the Inace 95 was also home. And, Merloni desired a megayacht whose spaces delighted important guests, simultaneously sequestering them from his own private rooms. 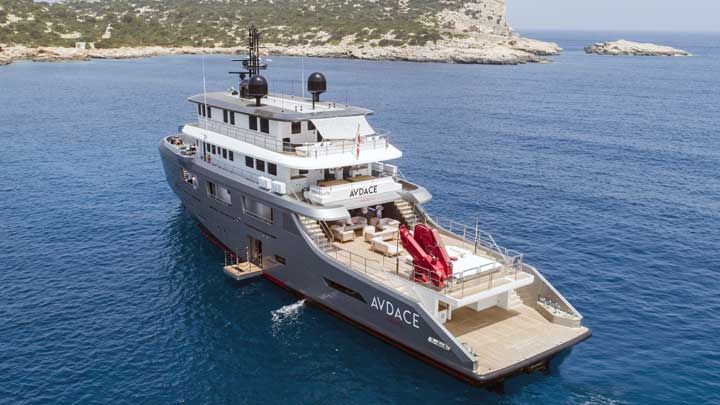 The giant red crane on Audace’s aft deck is an anything-but-subtle hint as to her rugged nature. With a 9-ton capacity, it’s necessary to lift the above-mentioned main tender. Merloni clearly sees it complementing the go-far-and-wide engineering and naval architecture from Hydro Tec and Studio Sculli, respectively. With 20-mm-thick steel bow plates, the yacht can enter some icy waters. Her 16,379 gallons (62,000 liters) of fuel and twin Caterpillars should allow an extraordinary 5,400-nautical-mile range at 10 knots. When she arrives in various destinations, yet another rugged crane on the foredeck comes into play. It lifts a custom Land Rover Defender SUV and a BMW motorbike. “He wants to do everything with this boat,” explains Domenico Ranieri, Cantiere delle Marche’s project manager. 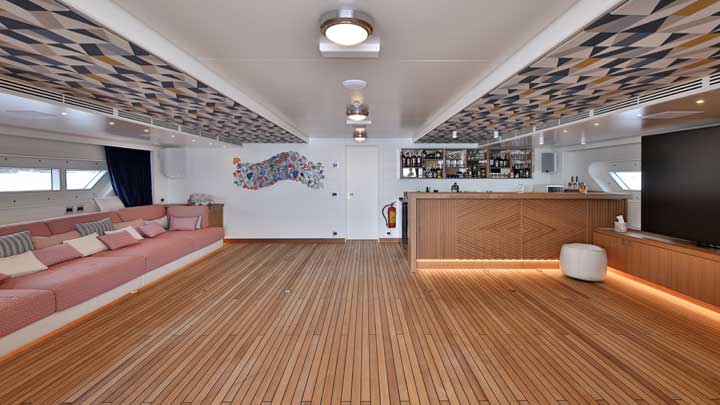 “Everything” includes partying ‘til the sun comes up. How many expedition-oriented buyers throw parties for upwards of 200 people with onboard sound systems rivaling that of the best clubs? Audace has a 1,076-square-foot (nearly 100-square-meter) disco on the lower deck (top and above), where you’d expect to see the beach club. It certainly can serve as a beach club by day. But, come nightfall, Merloni invites some of Ibiza’s top DJs to spin. A whopping 1 ton of insulation ensures the sound doesn’t escape either to other rooms or to neighboring yachts at anchor. 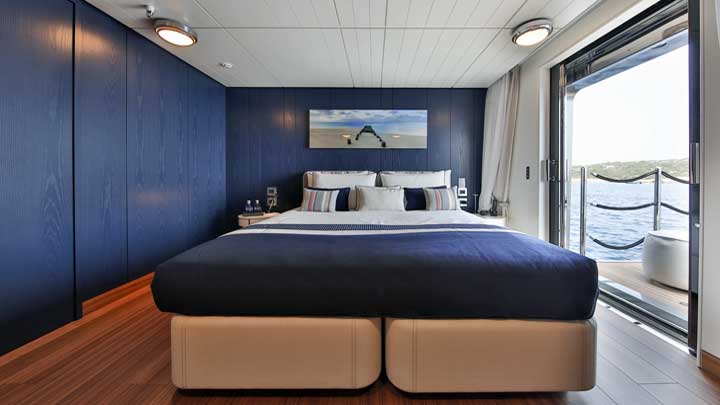 Overnight guests get four staterooms, two of which have fold-down balconies—below decks, too. They also have opening ports, as do the two guest staterooms on the main deck (below). The opening ports were just one of several musts outlined by Merloni, along with a full-height tech deck, a galley capable of serving 250 guests, and more. On a related note, the main-deck staterooms occupy the space reserved for the saloon. Since alfresco enjoyment is the order of the day aboard Audace, he considered the traditional room of no use. Besides, if he so wishes, he can welcome guests into his private TV lounge, on the fourth deck, entirely devoted to him. 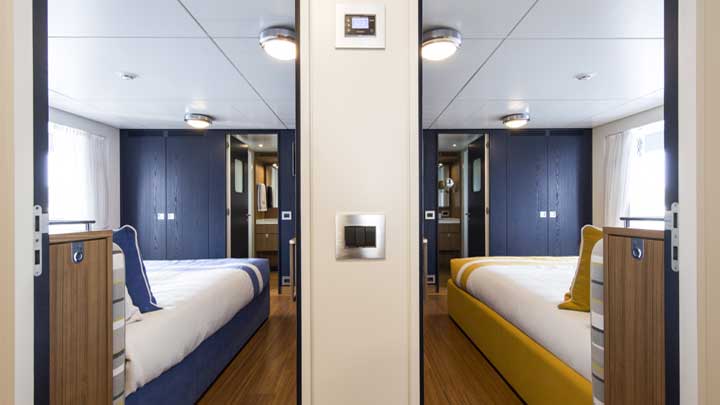 Audace involved more than 140 change orders, and still saw delivery within about three months of the initial contract date. Styling- and arrangement-wise, she may not be your cup of tea. That’s perfectly fine with Merloni, and Cantiere delle Marche. Ennio Cecchini, Cantiere delle Marche’s co-founder and CEO, says the yard relished the opportunity, “the soul of shipbuilding.”

Here’s more of Audace, which you can visit at the Cannes Yachting Festival.