You are here: Home / Yachts / Motoryachts / Refit of A2 by Tomasso Spadolini Is a Total Transformation 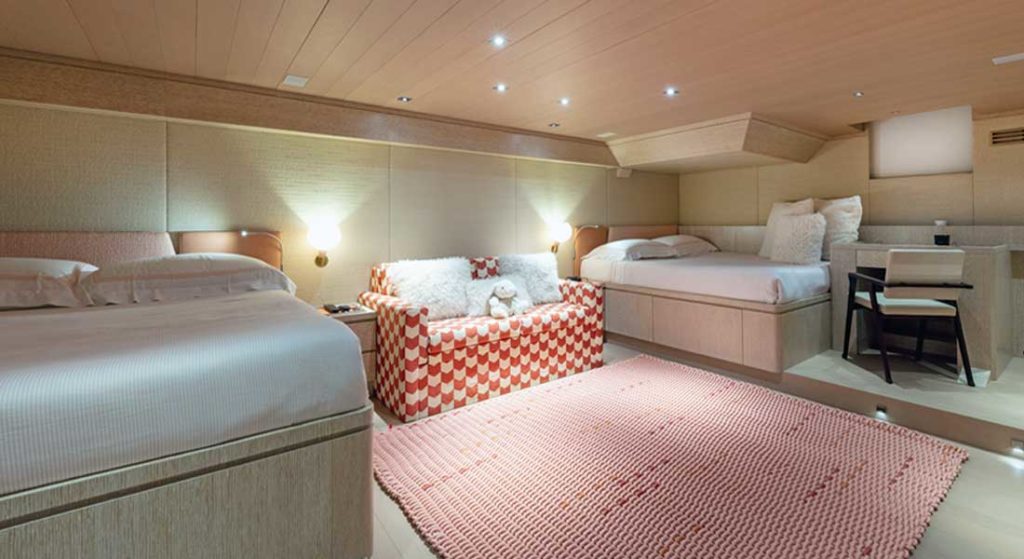 “I want a lot of light, big windows, three comfortable bedrooms, and one big, open space on the main deck.” The owner of A2 directed Tomasso Spadolini to do this when the designer convinced him the then-Madhuri had “massive potential.” Not that it was easy: This Eurocraft had no hull ports and an outdated interior in need of gutting. Nonetheless, Spadolini and a team took on the tall order for the refit of A2, a 123-footer (37.6-meter). In fact, they completed it in just six months. 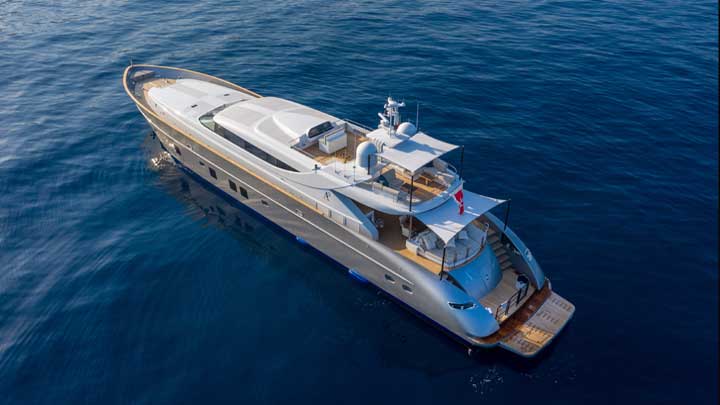 Spadolini, who celebrated four decades of yacht and megayacht design last year, says that once the owner agreed to the refit, he bought the megayacht. The work began on the 10-year-old yacht straight away, at the C.A.R.M. shipyard in Italy. The first order of business was creating the naturally light ambience. Cutting new ports was challenging enough. They further necessitated a new classification-society survey. Thankfully, A2 got the green light. 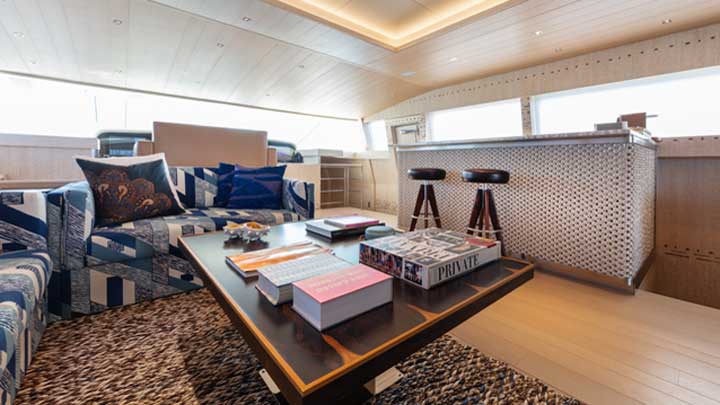 The next step in the refit of A2 was modernizing the megayacht’s general arrangement. What was previously a sitting room with dark paneling plus pink carpeting and pink-accented cabinetry is now a bright and welcoming bar area (above) and lounge. It complements the comfortably casual saloon just aft and down a step (below). In addition, a fireplace in the old sitting room became a dayhead. And, the main-deck galley has gull-wing doors to yield access to the side decks, for provisioning. 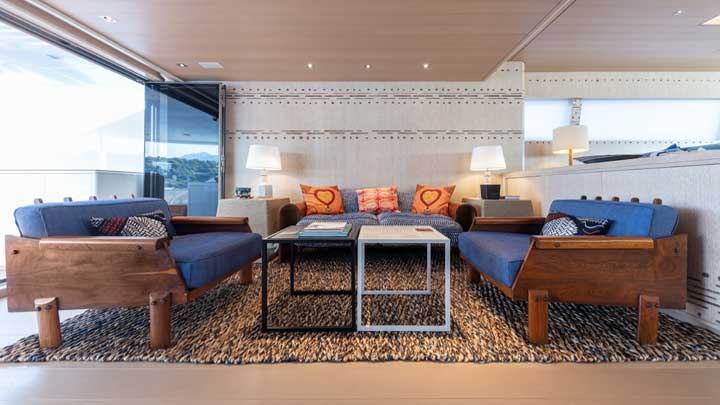 The refit of A2 saw extensive changes below decks, too. Originally, the megayacht had two twin cabins and a VIP forward, with a laundry room separating these from the master. The VIP remains, with its own staircase. A pantry and the captain’s cabin now occupy most of the former master suite space. The master, in turn (below), expanded to take over the laundry (relocated to the aft crew quarters). In addition, the owner’s stateroom gained four ports, plus a separate dressing room. As for the twin cabins, they’re now a full-beam double stateroom for the owner’s daughter (top of page). Two new ports bring sunlight in as well. 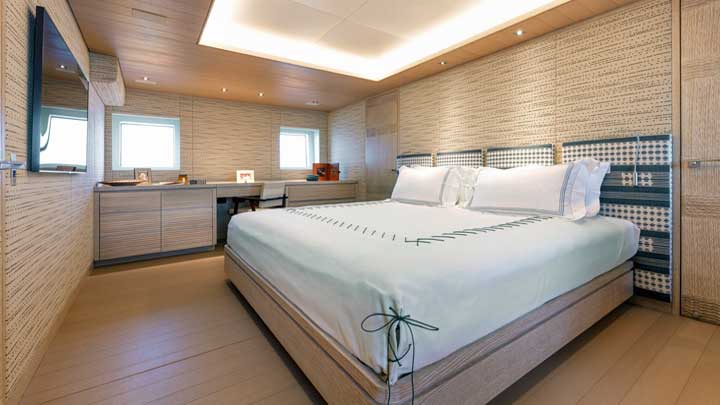 Spadolini collaborated with Peter Marino Architects, a New York-based studio, for the interior design and decor transformation. “Peter had designed homes for the owner in the past,” Spadolini explains, adding that he selected the tones, textures, marbles, and other materials. Spadolini and his team, meanwhile, ensured these selections would work on the megayacht.

So, did they work? You bet. The owner and his family stayed aboard in August, cruising Corsica and Sardinia. “They said it was the best family holiday they had ever had,” Spadolini explains, understandably proud.