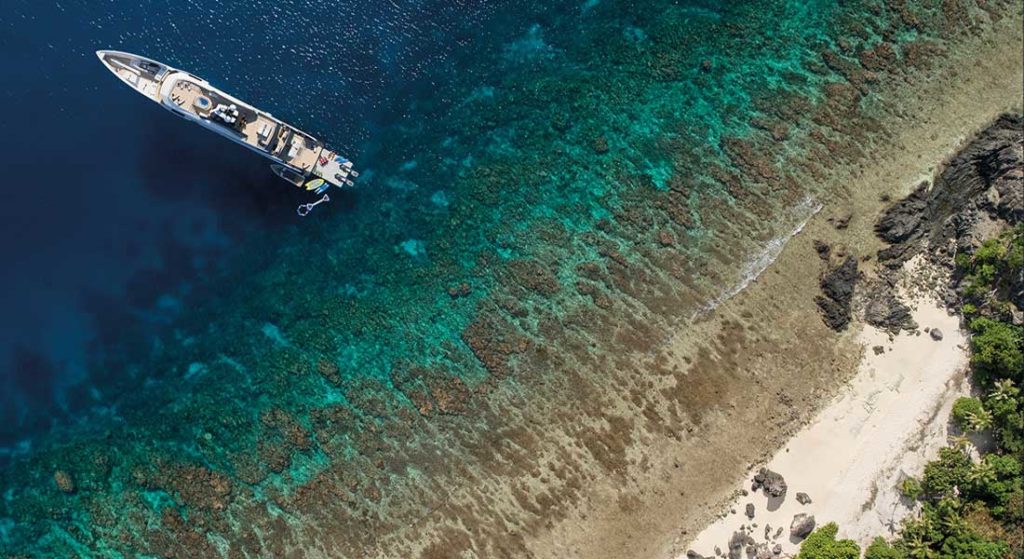 Pardon the pun, but the two years that the owner of the newest Amels 60, code named Project Witchcraft, has to wait for his yacht should be bewitching. She is the second Amels 60 so far, coming less than six months after the shipyard revealed the design publicly.

Featuring styling by Espen Øino, the yacht is part of the Limited Editions semi-custom series. The 197-footer has eye-catching triangular ports along her main deck and some other angular lines that make her stand out. She has impressive volume, too, coming in at 830 gross tons. Between that and the 34-foot (10.4-meter) beam, the owner has plenty of luxury areas to personalize. Despite the announcement that he’s signed a contract, however, the owner and his representatives from Moran Yacht & Ship, as well as Amels, are keeping the particulars confidential. (On a related note, though, Moran Yacht & Ship has worked with the Dutch builder on five Limited Editions and Damen Yacht Support projects.)

Since the reveal last summer, the Amels 60 has attracted attention for several reasons. For example, clients appreciate a deploying balcony in the master suite. They also like that a limo tender is standard. The Øino studio designed this tender, too, which measures about 30 feet (9 meters) and stows on the foredeck. Furthermore, the tender is all-electric.

On a similar subject, the Amels 60 is the builder’s first hybrid yacht. Four operational modes result. With the twin diesel engines, two gensets, and batteries engaged, Project Witchcraft should enjoy a 15½ knot top speed. The gensets and batteries handle air conditioning and other creature comforts in this mode as well. For eco cruising, the yacht can rely on the batteries and engines, traveling 7 to 14 knots depending on need. The so-called silent-cruising mode involves the batteries and gensets, for 7 knots. Finally, super-quiet times at anchor come from the batteries operating solo, though one genset or shorepower can assist.