You are here: Home / Yachts / Motoryachts / Lady May Sees Arrest of Steve Bannon Onboard 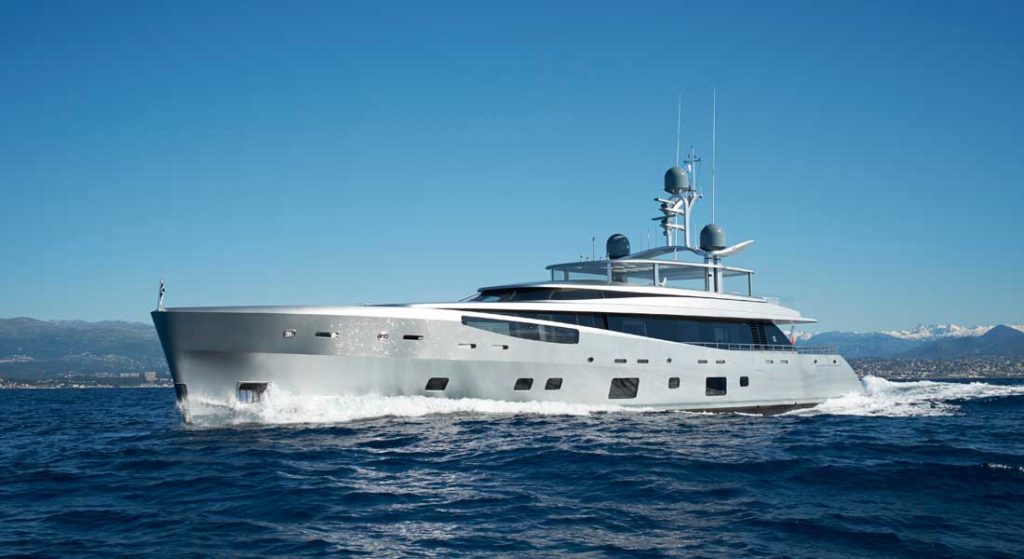 Steve Bannon, a former strategist for President Donald Trump, was arrested yesterday while aboard the megayacht Lady May. He faces fraud charges for allegedly siphoning money from a border-wall fundraising campaign.

The arrest of Bannon, further a founding member of the conservative Breitbart News website, happened yesterday morning. It took place while Lady May was off the coast of Connecticut. He and three others from We Build the Wall, a crowdfunding group, allegedly took donor money for personal usage. Specifically, prosecutors say that Bannon used a non-profit that he controlled to take more than $1 million from We Build the Wall. Additionally, he allegedly used some of that money to pay his own personal expenses, plus pay one of the defendants.

The 152-foot (46.22-meter) Lady May, which has been in U.S. waters since earlier this year, was not arrested. But, some controversy surrounds the yacht, although for different reasons. According to a few media outlets, Lady May belongs to Guo Wengui, a Chinese real-estate businessman wanted in Beijing. The Chinese government has accused him of fraud, blackmail, and bribery charges. He has been in exile since 2017 and has threatened to exposure corruption within the Chinese Communist Party. In fact, Guo recorded a video aboard Lady May earlier this month (above) criticizing the government, with Bannon making an appearance to discuss hydroxychloroquine and COVID-19.

Lady May launched in 2014 from Feadship as Como, for Neville Crichton, a New Zealand businessman and avid motor and yacht racer. She was one of the first megayachts to incorporate structural glass, notable for having panes more than 23 feet (7 meters) wide in the master suite, for example. Additional large glass panes sat opposite these, inset into the high bulwarks flanking the side deck.

Bannon is out on bail. His bail conditions prevent him from having contact with We Build the Wall associates, and from traveling aboard yachts or boats.