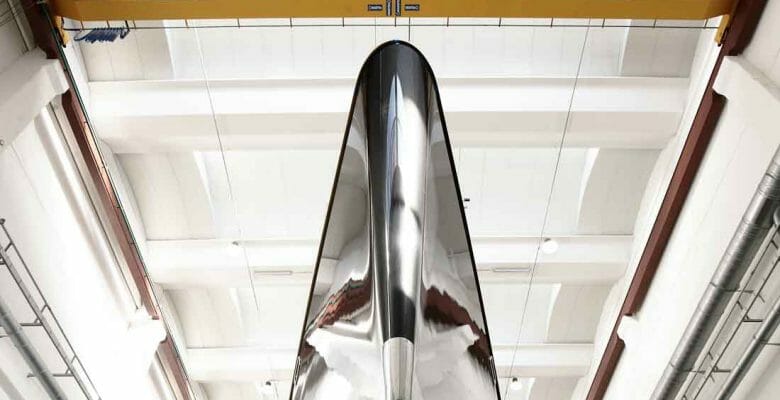 UPDATE, MAY 3, 2021: The Court of Appeal of Florence has rejected the latest equity deal from Perini Navi’s ownership. On April 30, the court ruled against a restructuring plan involving the Italian private-equity company Clessidra. It therefore is upholding another court decision from January, which placed Perini Navi into bankruptcy.

At this point, the bankruptcy trustee will now decide whether any of a few fellow yacht builders interested in acquiring Perini Navi can take it over. They are Palumbo Superyachts, The Italian Sea Group, and a joint venture between the Ferretti Group and Sanlorenzo. Note, however, that the acquisition only involves the Italy-based yard. The Yildiz yard in Turkey, which Perini Navi acquired in 1988, was offered for sale separately. Coincidentally, it sold to an unnamed party on April 30.

Fenix, the majority shareholder of Perini Navi, has a new plan to relaunch the famed sailing-superyacht brand. Perini Navi’s ownership announced this morning that is has a binding agreement with a private equity firm and another investor.

According to Reuters, Fenix released a statement saying it plans a “significant” capital increase. Although the specific amount is not mentioned, some news reports state it is €38 million (about $45.9 million). Regardless, the funding will go toward keeping yacht construction going. It will maintain current employment levels, too. Additionally, Perini Navi’s ownership largely will be in the hands of the Italian private-equity firm Clessidra, and an unnamed Italian investor. That investor has experience in corporate restructuring, Fenix’s statement indicates. Therefore, Fenix will retain a minority stake in Perini Navi. “The objective is to preserve Italian excellence and Perini Navi’s world leadership in sailing yachts above 40 meters in length, with clear benefits for all the company’s creditors and stakeholders,” the statement further reads.

Even with Fenix’s announcement, however, court approval still needs to come. This is because a court declared Perini Navi bankrupt in January. Just prior to the declaration, a judge rejected a plan that Perini Navi presented to the court a few days prior. Specifically, Perini Navi and Fenix signed an agreement with the investment and asset-management firms Blue Skye Investment Group and Arena Investors. The offer was a four-year pre-deduction bond worth €30 million (about $36.4 million). The agreement came several months after those two companies announced a potential capital infusion into Perini Navi. After rejecting the plan, the bankruptcy court rejected a request for more time to present other potential restructuring avenues. The judge indicated a final decision regarding the future of the yard would come by June.

In the interim, new suitors emerged. In February, for instance, the Ferretti Group and Sanlorenzo proposed a joint venture to acquire Perini Navi. Palumbo Superyachts and The Italian Sea Group issued individual proposals as well. The bankruptcy court thus far has not issued any statements regarding these tenders.