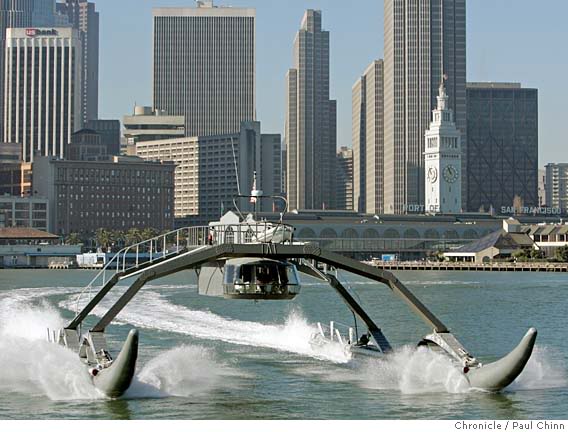 Beauty is in the eye of the beholder. Dare to be different. We’ve all heard the expressions, and they do hold great value and truth. But sometimes, especially when it comes to the styling of some superyachts, you can’t help but shake your head, wondering what on earth the owner was thinking.

Turns out, there’s often method to the madness.

The following list details some of the oddest-looking yachts on the water. Rather than dismiss the designs as pure folly, though, we delve into the thought processes that drove the looks. For as much as we may wonder if an owner has lost his mind, there’s often a pretty good—and even smart—explanation. 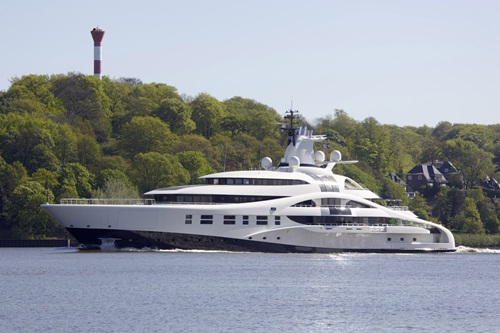 1. Guilty. If it looks as if a painter’s palate exploded on Guilty, you’re not far off. The 35-meter (114-foot) Rizzardi features the multi-colored work of artist Jeff Koons spread over her multi-angled exterior, the latter designed by Ivana Porfiri. The owner is quite an art aficionado himself: Dakis Joannou. Koons is said to have been inspired by Dazzle camouflage. Also known as Razzle Dazzle, it’s a real ship-painting technique employed mostly during World War I. The goal was to make it difficult for enemy ships to determine the LOA, type, and even speed of the vessel they targeted with their rangefinders. The geometric shapes made it hard to bring images into full focus.

2. Palladium. If Guilty is a study in angular architecture, Palladium (above) is the polar opposite. Just delivered last year from Blohm + Voss, Palladium is 96 meters (315 feet) of swathes and swoops. She’s from the drawing boards of Michael Leach Design, fitted with skylights and oversize windows, notably the horizontal panes that hug her upper superstructure, to bring a good deal of natural light inside. If you know anything about engineering, you realize the curving panes of glass and the sheer size of them and others used aboard couldn’t have been simple tasks to create. They definitely weren’t, but the owner and his representatives were thrilled with the execution.

3. Silver Cloud. Silver Cloud (below) won the technology award at the 2009 World Superyacht Awards, a deserved recognition. She’s a SWATH: Small Waterplane Area Twin Hull. It’s a design that’s been used in commercial service for quite some time, able to hold up to rough seas and keeping people onboard far more comfortable than a monohull or other multihull. She was commissioned by an experienced yachtsman whose wife suffered terribly from seasickness. He tapped Abeking & Rasmussen to build her. She measures 134 feet and has an astounding 58-foot beam. Even with her decidedly commercial appearance, she’s all yacht inside. There are accommodations for 12 guests in six staterooms. The master suite is on the upper deck, benefitting from panoramic views. If you want to experience her roominess and stability yourself, she’s available for charter, part of the central fleet of Camper & Nicholsons (though any reputable charter broker can book her for you).

4. A. “A has become the most loved and loathed ship on the seas,” The Wall Street Journal columnist Frank Rich wrote in early 2010 in reference to this yacht. Indeed, you can probably find as many fans of the daringly different design as you can people who think it’s too futuristic and sheer madness. Thirty-nine-year-old Andrey Melnichenko, a Russian banking and steel magnate, hired renowned designer Philippe Starck to pen her lines and Blohm+Voss to build her. From her knife-like hull to her aggressively long foredeck on up to her set-back, helmet-like superstructure, she’s unlike any other yacht around. But she’s not unlike all other vessels around: She bears strong resemblance to military ships of earlier eras.

5. Asean Lady. Viewed from one side, the 88-meter (289-foot) Asean Lady looks like most traditional motoryachts. Viewed from the opposite side or either fore or aft, and it’s a whole different story. Her style mimics that of a proa, the efficient outrigger canoes used by the Pacific islanders for centuries. It’s a stable platform in a variety of seas, even more stable than catamarans. Interesting enough, Asean Lady was anchored off Thailand when the devastating tsunami of 2004 occurred. She was built at Yantai-Raffles Shipyard in China for the owner of the yard, Brian Chang, who previously owned a traditional motoryacht. Another unusual fact: She’s powered by a single engine linked to an azimuth drive with two propellers. This keeps fuel consumption down, too.

6. Proteus. This 100-footer (at top) lit up online forums dating back to 2006, when she was seen performing sea trials off Washington State. Likened to a spider, her unusual appearance even had some people questioning whether the photos were doctored. Rest assured, they were not. Proteus is a concept come to life thanks to Antrim Associates Naval Architects, based on an idea by Ugo Conti, a Bay Area engineer and oceanographer. Interesting enough, Conti suffers from seasickness, so he conceived this boat, dubbed the Wave Adaptive Modular Vessel, to cruise while adjusting to the waves’ motion. Her twin engines are in pods attached to the backs of the inflatable hulls. The engines remain submerged even if one of both hulls rise out of the water due to a particularly rough sea. Part research project, part pleasure yacht, Proteus is quite an achievement.