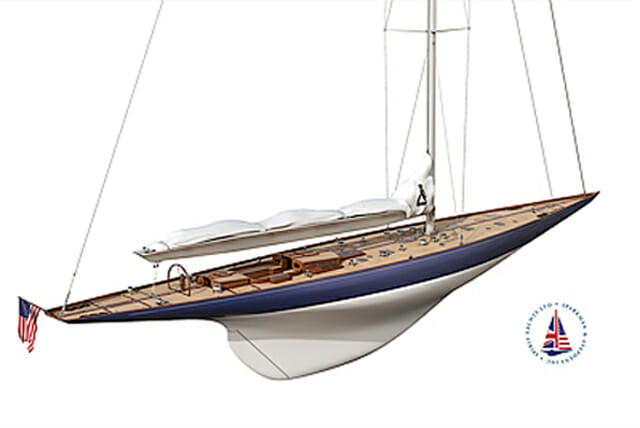 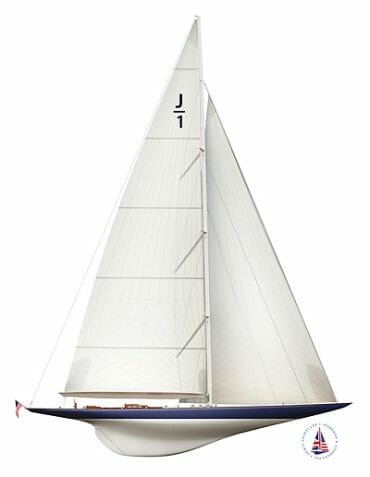 Hold onto your hats: Not only is there a new J-Class sailing yacht in the works, but she’ll break with the recent tradition of employing aluminum construction, instead returning to wood.

To be christened Cheveyo, the yacht is the result of a collaboration between Sparkman & Stephens and Spirit Yachts. Based in England, Spirit Yachts has never built a J-Class yacht before, though it has designed and built more than 125 pleasurecraft, ranging from small sailboats to racing yachts and poweryachts up to 130 feet. Spirit Yachts is overseeing styling and interior design, with Sparkman & Stephens responsible for naval architecture and engineering.

Sparkman & Stephens’ involvement with J-Class yachts is, of course, legendary. The late Starling Burgess, along with the firm, designed the famed Ranger, built in 1937. The team actually presented six different designs to Ranger’s owner, Harold Vanderbilt, and each was tank-tested to compare performance. Vanderbilt was keen on defending the America’s Cup in 1937 against Endeavour, which was built to a design by Charles Nicholson. Vanderbilt selected the design termed 77C, and his choice paid off: Ranger defeated Endeavour.

The 139-foot (42.4-meter) Cheveyo (pronounced shu-vay-o) will be a relative, of sorts, of Ranger’s: She’s based on Burgess’ and Sparkman & Stephens’ design 77B. How that came to be is pretty interesting. The firm took another look at all six of the designs that the duo created, evaluating them against two key criteria. First, it kept Spirit Yachts’ material of choice, namely wood, in mind. And second, Sparkman & Stephens considered how today’s regatta competitors are more open to the elements in terms of weather and sea conditions.

While the new-build J-Class megayachts in recent years have employed aluminum, Bruce Johnson, president and chief designer of Sparkman & Stephens, says Cheveyo’s use of wood is more historically accurate. Granted, Spirit Yachts uses modern epoxies and laminating methods for weight savings. But, in another nod to history, “She will float on her lines as designed in 1936, not requiring the J-Class Association’s additional freeboard allowance, thus resulting in less wetted surface area,” Johnson explains. She’ll further meet RINA classification standards.

With a beam of 21 feet (6.4 meters) and a draft of 15 feet (4.57 meters), Cheveyo will feature a classic, low-profile deckhouse and customary working deck. The 8,290-square-foot (770-square-meter) sail area will be mated to carbon spars and rigging. Inside, the 1930s return in the decor, accommodating 10 in the owner’s party and eight crewmembers.

In case you’re wondering about her name, Cheveyo is the same name as that of a mythological monster from Hopi (Native American) folklore. (Oddly enough, some baby-name books list it as the name of a spirit warrior.) The megayacht is being built for an American-based group of sailors and investors.