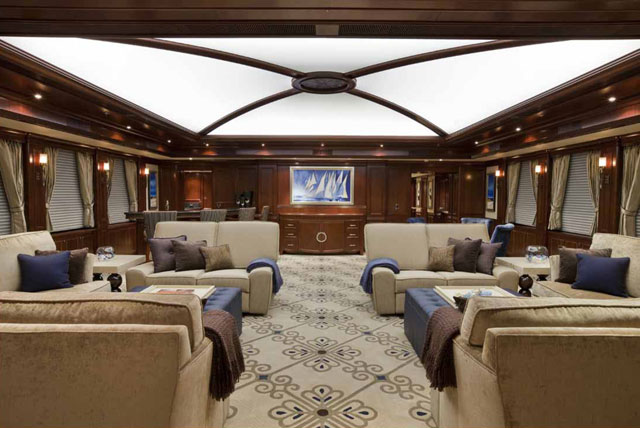 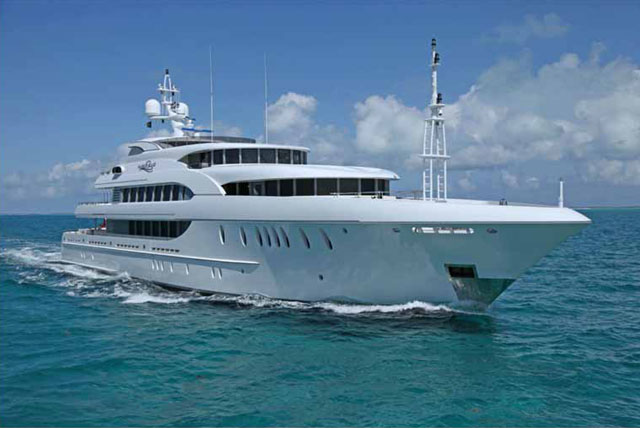 The 180-foot (54.9-meter) Harbour Island may be the largest megayacht to date from Florida-based Newcastle Shipyards, but the volume and amenities she offers are the real story behind her.

Harbour Island was commissioned by an experienced American owner who had enjoyed the 122-foot (37.3-meter) Bon Bon (now Shogun) for several years. He further made Bon Bon available for charter, and over her four-year charter career, she earned strong bookings thanks to appealing amenities. These included king-size staterooms for each guest, comfortable conversation areas inside and out, and (perhaps the most fun) a frozen-drink machine at an alfresco bar.

When it came time to plan Harbour Island, the owner liked the idea of selecting a shipyard close to his Florida home. Newcastle Shipyards got the nod partly for that, but also for the work it did building the 102-foot (31-meter) Newcastle Explorer. “It was built stout,” Harbour Island’s owner says of the 102-footer, launched in 2001. How so? The yacht has circumnavigated the globe a few times, plus survived the destructive tsunami in Thailand in 2004. “That kind of history and legacy drew me in,” he says.

With the naval-architecture expertise of Murray & Associates, plus his own teams of stonework and joinery specialists and more, the owner planned Harbour Island to be a global cruiser that would make a big impact on charter guests. “We wanted to maximize the value of the yacht,” particularly in terms of volume. Harbour Island is listed at 1,100 gross tons, about twice the volume of some similar-size megayachts. She also boasts 10,934 square feet (1,016 square meters) of luxurious space inside and out.

One of the most luxurious areas aboard Harbour Island is the skylounge. Whether you’re aboard or just looking at the photo here, you’ll notice plush furnishings, perfect for pre- or after-dinner drinks. But, surely your eyes are drawn to the domed overhead treatment. Created by interior designer Claudette Bonville, it’s backlit with LEDs and makes the already-high ceilings seem infinitely higher. That in turn enhances the 34-foot (10.4-meter) beam.

Yet another benefit of Harbour Island: two master suites. One is forward on the main deck, with eight oval windows that are truly huge, 6’6” (2 meters). The other is one deck higher, with 270-degree views and a private alfresco seating area. The two-stateroom setup is ideal for megayacht charters where more than one couple wants a bit more privacy than other guests.

All guests get use of the beach club, formed when the tenders are offloaded and seating, even a massage table, are set up. “That area absolutely shines,” the owner says. So, too, does Harbour Island shine with her toy selection: a center console, two RIBs, two PWCs, and snorkeling and dive equipment.

Harbour Island is available for charter ($425,000 per week) and for sale ($54.9 million) through the major brokerage houses. Here’s a closer look at the megayacht and her amenities.