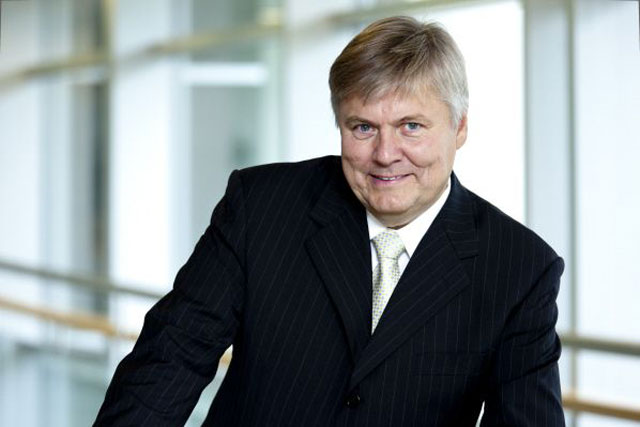 Two leading classification societies, Det Norske Veritas (DNV) and Germanischer Lloyd (GL), have signed a merger agreement. Pending approval from authorities, the resulting company, DNV GL Group, will be among the world’s largest classification societies. It will also have an even stronger foothold in the maritime industry, as well as the energy sector.

Under the agreement, DNV will hold 63.5 percent ownership of DNV GL Group. GL’s parent company, Mayfair, will have the remainder. DNV GL Group will be headquartered in Norway, helmed by DNV’s present CEO, Henrik O. Madsen (pictured). The maritime business unit will remain in its present location in Hamburg, Germany.

According to Leif-Arne Langøy, chairman of DNV’s board of directors, DNV and GL actually began discussing close cooperation in 1999, then again in 2006. “I am very pleased that timing now seems to be right,” he says.

Madsen says that customers, ranging from megayacht owners and builders to oil and gas companies, will benefit from a broader worldwide base and increased service expertise. “The merger rests on a strong strategic rationale, and responds to challenges of increased globalization, rapid technological change, and the need for sustainable development,” he explains.

Though GL is lesser known in the yachting industry, it dates back to 1867 and has offices in more than 80 countries. Since 2007, GL has been focused on expanding its reach through acquisitions. As for DNV, it was founded in 1864 and presently has offices in 100 countries. Since 1954 DNV has had a dedicated research department that has enhanced and developed services, rules, and industry standards in various fields.