You are here: Home / Yachts / Sailing Yachts / Kestrel, From Kestrel Superyachts, to Be Auctioned Online 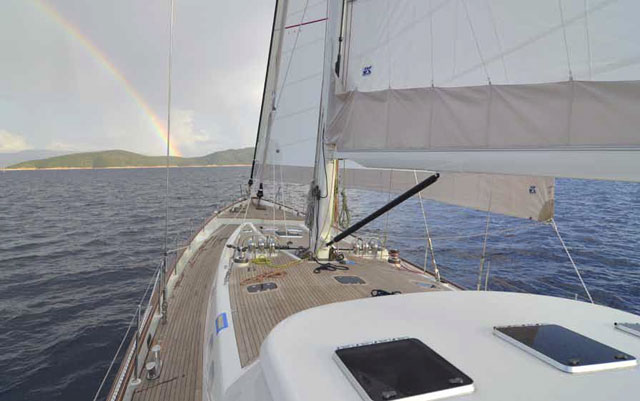 An online auction house anticipates making history next month. That’s when bids close for the auction of the first project from Kestrel Superyachts, Kestrel. While other megayachts have been auctioned in recent years, the auctioneers have had physical locations. Kestrel Superyachts is pursuing a purely Web auction.

Kestrel, delivered in 2012, is 106 feet LOA (32.4 meters), with a beam of 22 feet (6.7 meters). She’s an all-aluminum design by Ron Holland Design. Kestrel Superyachts was founded by an Irishman named Peter Cooke and his wife, who couldn’t find what they wanted among other builders’ offerings. They wanted a traditionally styled sailing yacht to cruise comfortably and bear copious entertaining space. Even more so, they wanted a sailing yacht that was family-focused. It was especially important for relatives without seasoned sea legs to avoid becoming unnerved (or falling overboard) due to the heel of the yacht. Kestrel is what the Cookes call a “both worlds” megayacht.

While Kestrel has been available on the brokerage market, via Kestrel Superyachts, no deals were struck. Cooke believes the recession, plus a lack of differentiation, are to blame. “The superyacht sector shows stronger signs of recovery, but the brokerage market is still full of older 30- to 40-meter yachts,” he says. “We wanted our groundbreaking Ron Holland-designed yacht to stand out from the crowd, where most of the boats for sale are just shades of each other.” 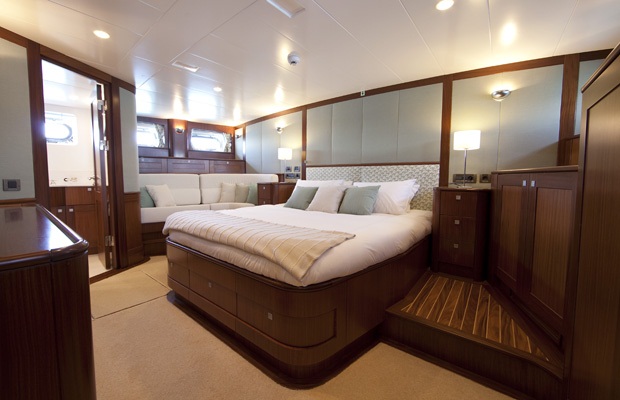 Cooke believes that Kestrel Superyachts and Kestrel will meet with success at auction. He points to other yacht auctions, including one also taking place next month. It’s for Hamilton, the first WallyCento built by Wally and a proven regatta competitor. Hamilton is being auctioned without reserve by February 28 via the brokerage house Y.Co. Kestrel and Kestrel Superyachts, however, have no broker involvement.

Kestrel’s auction also differs in that there is indeed a reserve. Cooke says it’s “very competitive,” adding, “there is a strong chance that someone will secure this very accomplished yacht for a fraction of her replacement cost.”

Bids are being taken now for Kestrel via the Sweeney Kincaid auction house. (Incidentally, Sweeney Kincaid has a 23-year history of business, switching from a brick-and-mortar business to an online model a few years ago.) The yacht is available for inspection at Port Adriano Marina in Spain, through arrangements made with Sweeney Kincaid. All bidders are required to deposit £10,000 ($16,375 at press time) with the auctioneers prior to bidding. A buyers premium of five percent applies to the winning bid. VAT of 20 percent applies, too.

Bids for Kestrel close on February 27.