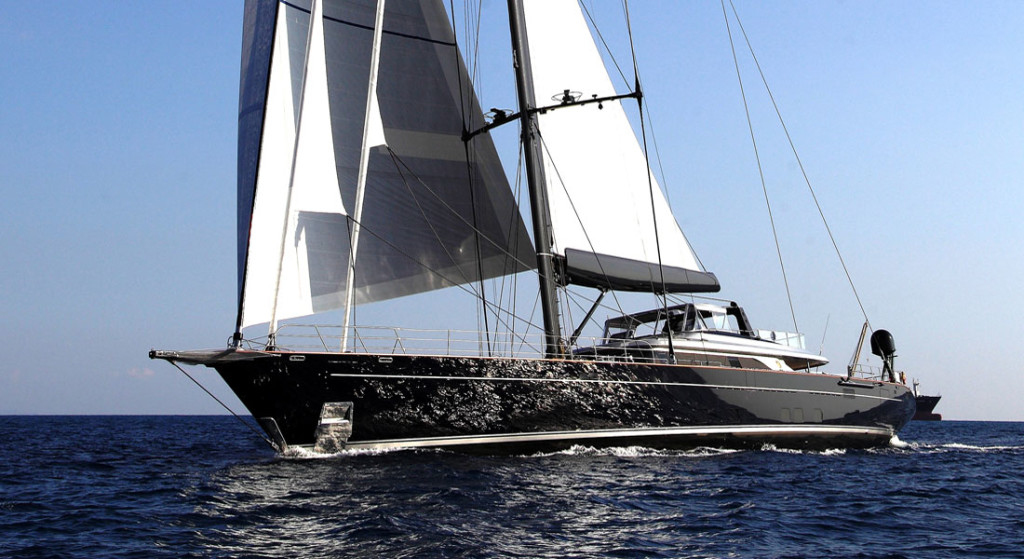 Yachting brands like Perini Navi and the clients loyal to them know full well the excitement—and potential additional contracts—generated by a new megayacht. That partly explains why Perseus^3 appeared at last fall’s Monaco Yacht Show, despite not yet delivered. The sloop-rigged sailing superyacht has now been delivered.

Perseus^3 (pronounced “Perseus cubed,” and yes, that caret mark, the inverted V, is part of her name) measures 197 feet. She’s the second of Perini Navi’s 60M Series, created with Ron Holland Design. The series was created to boost both volume and performance. An owners’ party of 12 are accommodated aboard Perseus^3. One of the interior highlights is a convertible master suite. The full-beam stateroom contains a sliding wall that can split it into two cabins. As to performance, on sea trials Perseus^3 clocked just over 16 knots in 21-knot winds, beating at over 12 in similar conditions at apparent wind angles in the high 30s. You can see her in action in the video below.

To put the dimensions and performance of Perseus^3 into better perspective, consider these quick stats:

It’s further worth noting that Perseus^3 features a carbon fiber, versus aluminum, bowsprit. It’s a first for Perini Navi. This allows for the larger downwind sail area.

We’ll have a Megayacht News Onboard feature about the yacht in the coming weeks. In the meantime, enjoy the sea trial footage, especially the on-deck sail-raising shots.