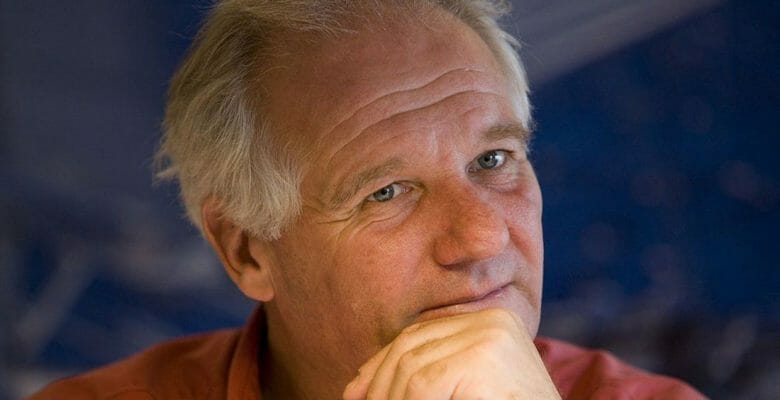 UPDATE, MAY 31, 2017: Royal Huisman acquired a key Dubois Naval Architects asset auctioned off in February. That asset was the design completion contract for Ngoni, nearing completion when the design studio entered liquidation. Royal Huisman revealed the information upon a journalist’s inquiry during a press tour at the shipyard today. This was the first time that the builder revealed the details. Ngoni recently departed the yard for her owner’s maiden voyage.

Renowned yacht-design firm Dubois Naval Architects went under the hammer this week, the result of liquidation.

Ed Dubois (above) established the studio in 1977. It gained fame primarily for sailing superyachts, but also motoryachts, such as Kiss (below). Dubois died in March 2016. While the studio continued operations, it experienced challenges. The management team therefore retained CVR Global, an insolvency and restructuring firm, earlier this year. “The death of Mr. Dubois had a dramatic impact on the fortunes of Dubois Naval Architects,” comments Terry Evans of CVR Global. “Following an assessment of the company’s affairs, it was clear the business could not continue to trade.”

Evans and Simon Lowes, a partner at CVR Global, became joint liquidators on February 2. They hired Marriott & Co., an auctioneer, to sell the assets. That auction concluded on February 28. The sale included Dubois Naval Architects’ name, intellectual property rights, drawings, and designs. It further included several scale models. Gavin Marriott, director of Marriott & Co., says all lots sold, exceeding the reserve prices. “We are in the process of completing the sales accordingly,” he adds. 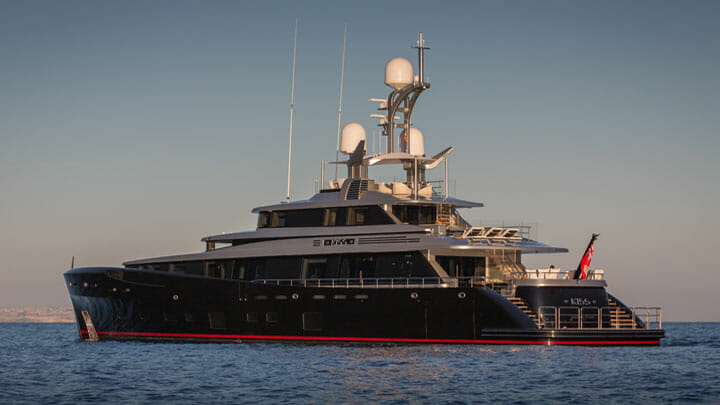 The assets mentioned above comprised one auction lot. A second, and final, lot involved the completion of a design contract. Specifically, the design contract is for a sloop at Royal Huisman. The auction documents did not mentioned the sloop by name, though, only by a general project number. However, we determined that she’s Ngoni. She is the only Dubois Naval Architects project at the shipyard. According to the auction documents, contract completion includes:

Upon completion of the contract, according to the auction documents, the owner will make a final payment to the design firm. The total of that payment is €180,000 (about $189,400), with the winning bidder and the liquidator sharing it.

We asked a CVR Global spokesperson whether one bidder or separate bidders acquired the assets. He indicated at least two bidders came forward for each lot. He did not elaborate, however. We also asked Royal Huisman about the bidder for the sloop design completion. The yard declined to comment.

CVR Global plans to finalize payment distribution to creditors in the coming days. “Early indications are that the outcome will result in the secured creditor being paid in full,” Evans says. Referring to the Royal Huisman build, he adds, “If the work in progress is completed satisfactorily, the end result may provide a dividend to the remaining creditors.”