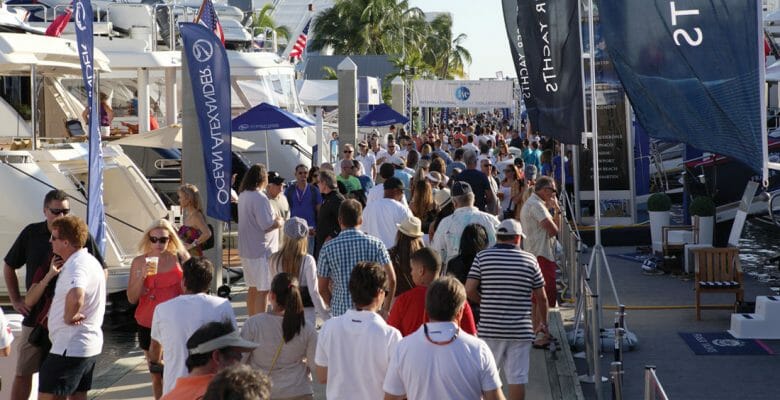 You may remember that earlier this month, Lauderdale Marine Center became America’s first duty-free yachting area. It was the first business to formally apply within the new FTZ. In brief, an FTZ, a.k.a. a free-trade zone, permits importing goods without paying import duties. In the United States, FTZs are within or adjacent to U.S. Customs and Border Protection (CBP) ports of entry. Furthermore, companies and facilities within an FTZ can defer, reduce, or eliminate those duties all together.

For more than a year, the Marine Industries Association of South Florida (MIASF), a yachting trade organization, has been working with CBP and other officials to create a yachting-specific FTZ. In December, it received approval for a 16-site FTZ subzone within an existing zone in Fort Lauderdale. While the benefit for Lauderdale Marine Center customers primarily relates to refits, Bahia Mar adds an entirely new dimension. The boat show, nicknamed FLIBS, now becomes the only American yacht show where foreign-flagged megayachts can legally welcome American buyers without the ownes having to pay import duties up front. Furthermore, new foreign-built megayachts can welcome U.S. buyers without paying that duty.

“It is an amazing opportunity for the property of Bahia Mar to offer brokers and vessels something they cannot get anywhere else in the country,” says James Tate, co-owner and CEO of Tate Capital, which owns Bahia Mar. “We are providing a significant incentive for foreign-flagged vessels to stay in Fort Lauderdale, which will lead to economic benefits for the City of Fort Lauderdale and South Florida’s marine industry as a whole. This designation helps maintain Bahia Mar, and the City of Fort Lauderdale, as the yachting capital of the world.”