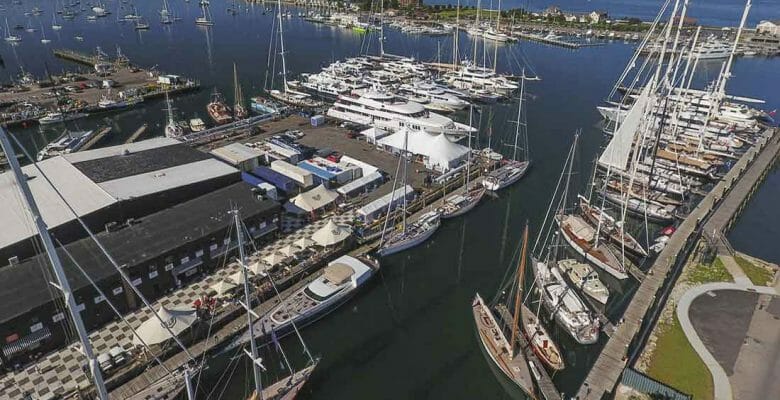 Foreign-flagged yachts can now be bought and sold duty-free at Newport Shipyard. The Rhode Island-based marina has a new foreign-trade zone (FTZ) covering both in-water and on-land areas. It’s the first yacht-specific FTZ outside of the state of Florida.

Briefly, an FTZ permits importing goods—in this case, foreign-registered megayachts—without requiring the owners to pay import duties. FTZs are within or adjacent to U.S. Customs and Border Protection ports of entry. Additionally, companies and facilities within FTZs benefit from deferring, reducing, or in some cases eliminating import duties.

Currently, FTZs are in several areas around the country. Cape Charles Yachting Center in Virginia, for example, sits within one. However, that FTZ is not yacht-specific, therefore benefitting multiple commercial- and military-marine businesses as well. Florida-based Lauderdale Marine Center became the first duty-free yachting area in 2017, followed shortly thereafter by Bahia Mar Yachting Center.

The FTZ at Newport Shipyard can include multiple yachts simultaneously. “We believe this is a win for the City of Newport, and the state of Rhode Island, yacht owners, yacht brokers, and Safe Harbor Newport Shipyard,” says Eli Dana, the marina and yard’s general manager. “There is no limit to how long a yacht can stay in the FTZ.”

With more than 3,500 linear feet (1,067 meters) of dockage, the marina is perennially popular for megayachts visiting New England in summertime. In fact, they often use Newport Shipyard as their summer base, venturing from and to areas like New York, Boston, and more. On-site amenities include a ship’s store, a gym, and a café. Furthermore, the marina hosts several annual events, including the Newport Charter Yacht Show, the Candy Store Cup regatta, and the Newport Bermuda Race Crew Party.

Both marina security and U.S. Customs and Border Protection officials will keep a watchful eye on the area.