You are here: Home / Events / Aboard Hanuman at the J Class World Championship: VIDEO 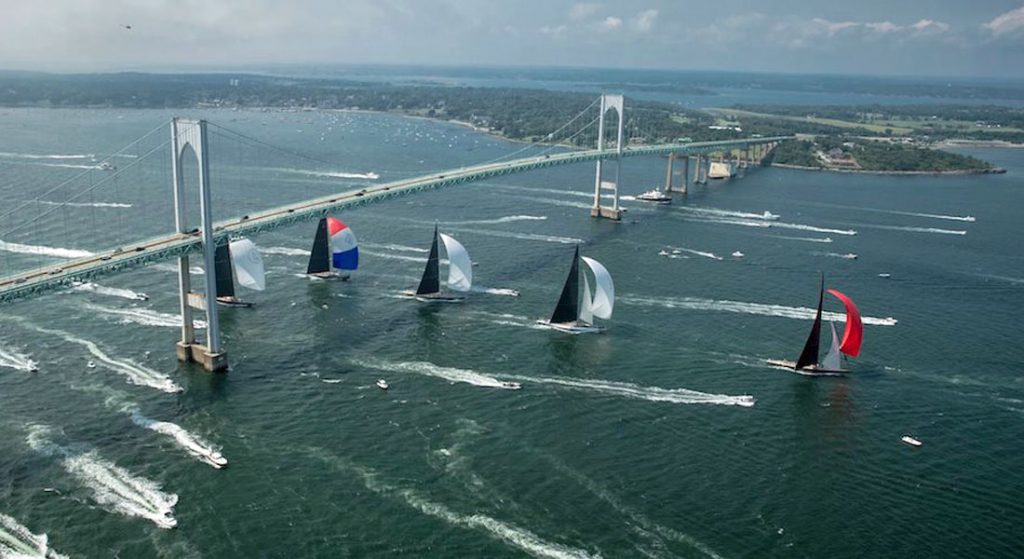 “That was one of the very coolest sailboat races I have ever been in in my entire life.” Considering this statement comes from Ken Read, among the most accomplished sailors in the world, it says a lot. He’s referring to day one of the first-ever J Class World Championship, where he’s helming Hanuman. Hanuman, one of seven Js vying for the title, won race one, too. Rather than just read about how cool it is to sail aboard, though, you can practically experience it yourself, thanks to bodycam footage below.

The J Class World Championship is taking place in Newport, Rhode Island through August 26. The location is particularly special. Newport is where the Js first competed in the America’s Cup in 1930. It’s further special to Read and his brother Brad, joining him aboard Hanuman. The two were raised there.

That local knowledge didn’t secure the win for them, though, Read insists. In fact, he credits Svea with giving them a run for their money after the first mark.“Svea made a six-boat length gain, but we picked the right kite (symmetrical), we gained a length or so on every gybe against the asymmetrics, and on the last beat, we just sailed smart,” he says. Svea finished second, followed by Lionheart, crossing the finish line just five seconds behind her on corrected time. Topaz, Ranger, and Velsheda rounded out the rest of the positions.

No matter who finished where, the conditions for day one of the J Class World Championships were ideal. Breezes were 14 to 18 knots out of the southwest, and the water was flat calm. The 20-nautical-mile course took Hanuman and the rest of the competitors around the area’s most famous landmarks. From the Newport Bridge (at top) to Castle Hill and Fort Adams, spectators were treated to quite the spectacle.

Reflecting on day one, Read says, “Honestly, it had everything. Home town. Gybing and tacking around all the little nooks and crannies, such a great crowd of boats out there watching. That is what we always hoped this regatta would show, how special this can be. And I am sure it did just that.”

Can Hanuman hang on for day two of the J Class World Championship? More to the point, can you hang on to your seat while watching this footage?