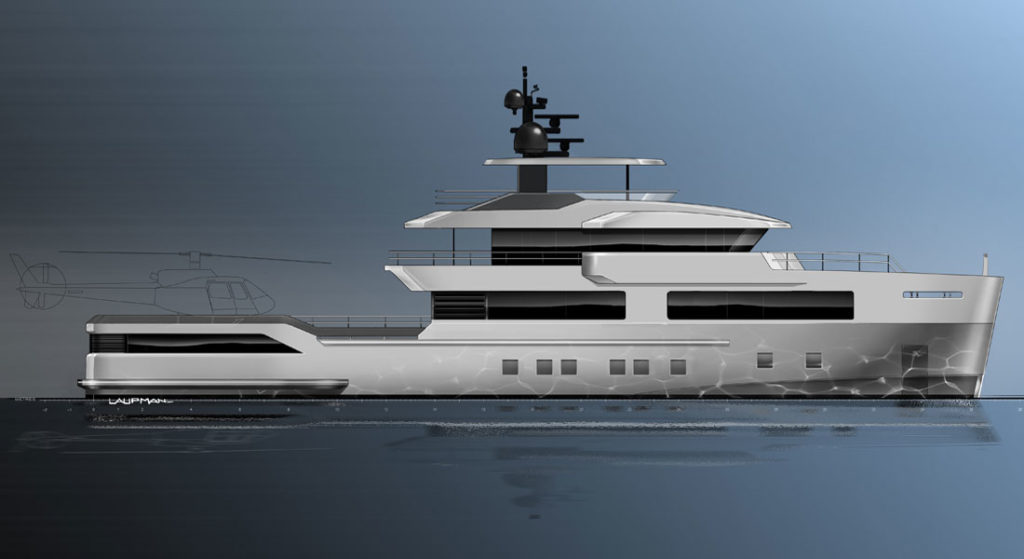 What happens when two designers collaborate on a yacht, independent of a shipyard, to pique buyers’ interests? More important, what happens when those designers zero in on a size range largely ignored by most similar concepts? You get the NedXplor 38, created by Van Oossanen Naval Architects and Omega Architects. While every inch an explorer, she’s also every inch a luxury yacht. As such, she hits multiple marks.

At 125 feet (38 meters), the NedXplor 38 is nearly half the size of a number of expedition proposals and current builds. Van Oossanen, Omega, and IYC, which holds the exclusive listing, see strong appeal for that very reason. Furthermore, as Perry van Oossanen, head of the naval-architecture studio, says, “The size means that it can be a true explorer yacht, anchoring close to the coast, entering small harbors and exploring, and easy to handle and maneuver—all the attributes an adventurous yacht needs.” 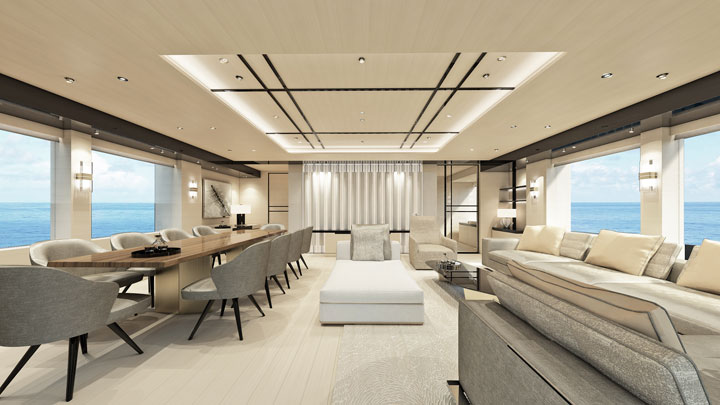 Available for build at the yard of your choice, she’s set for adventure indeed. The NedXplor 38 features Van Oossanen’s patented Fast Displacement Hull Form, as well as its patented Hull Vane underwater spoiler.  The combination promises 30 percent fuel savings over comparable, traditionally hulled megayachts of her LOA. Furthermore, she should see more than 5,000 nautical miles while cruising under Caterpillar power at 11 knots. (Top end is 15.5 knots.) Should you so wish, she can have an ice-classed hull, too.

The NedXplor 38’s superstructure-forward profile certainly conveys her exploration orientation. Inside, however, the atmosphere is as inviting as that of a traditional “white yacht.” Full-height glass, a main-deck owner’s suite, and other amenities like a beach club and gym are highlights. So are four guest staterooms below decks, accommodations for seven crew, and the option for a certified helipad. With a 27’6” (8.4-meter) beam and half-load displacement of 355 gross tons, she has volumes of a traditional yacht.

All you have left to do is pick the five (yes, five) tenders for the aft deck, and tailor the interior.