You are here: Home / Yachts / Sailing Yachts / A Look at Aquarius, by Royal Huisman: Photo Gallery 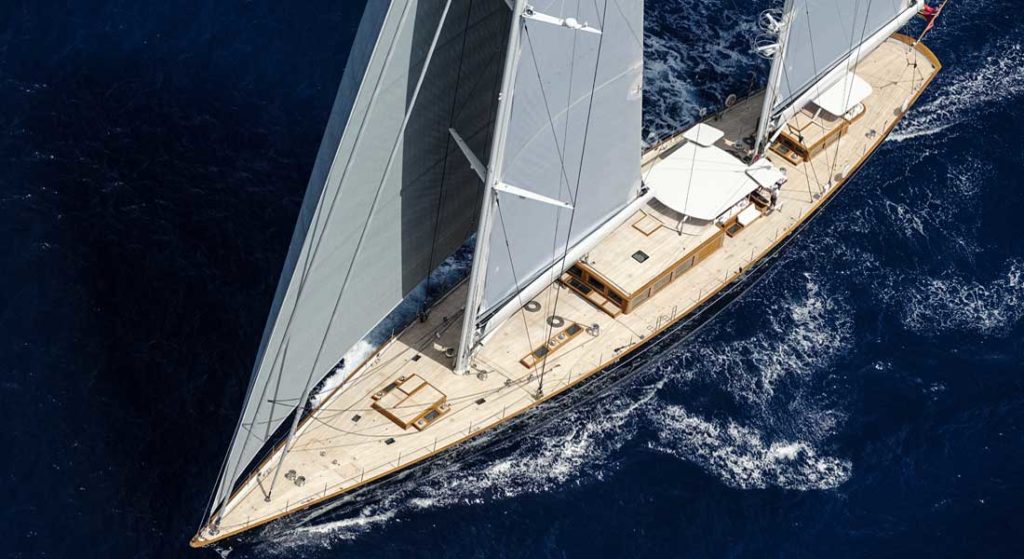 “We set out to build an elegant, muscular sailboat, and the shipyard and the design team delivered a yacht that is both of those things and more.” That’s from the owners of Aquarius, a cruising ketch accommodating family voyages. Simultaneously, this 184-foot (56.18-meter) Royal Huisman sailing superyacht is pursuing occasional racing. While her owners and captain haven’t yet hoisted a regatta cup, they’re confident they can do so. Additionally, the owners love how Aquarius adheres to their primary directive of simplicity.

In fact, according to project manager Godrey Cray, “The word simplicity was in the specification—no excess systems, no experiments.” This guided every aspect of the yacht, he explains, from deck gear even to volume, at 298 gross tons. “Instead of asking what we are going to innovate, we are asking, ‘do we really need to do it this way? Do we need to have it at all?’” he says. “Reliability is of course the goal, but simplicity of operation is also a good aim in itself.” 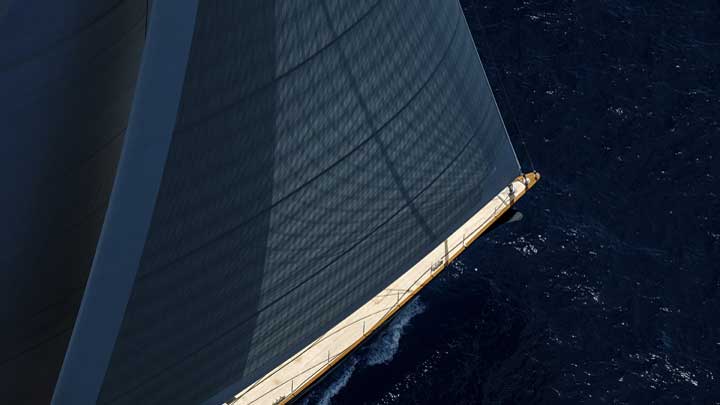 This applied to the sail plan, too. Created by Dykstra Naval Architects, it includes a big, powerful mizzen. Square-top sails were never a factor, Cray says, due to the simplicity requirement. “Going downwind and reaching with the mizzen staysail and code zero, Aquarius is very fast and easily driven,” he confirms. The owners confirm it, too, having taken Aquarius’ helm. So far, they prefer 10 knots of wind and higher. “From 12 to 15 knots, she sails beautifully, and is near perfect on beam reaches,” they add.

Family time aboard Aquarius, meanwhile, is equally appealing. “We wouldn’t change a thing,” the owners enthuse. “Her layout has also exceeded our expectations, with ample opportunities for both privacy and socializing.” This applies to the on-deck layout as well as the interior of this 31-foot-beam (9.51-meter-beam) boat. 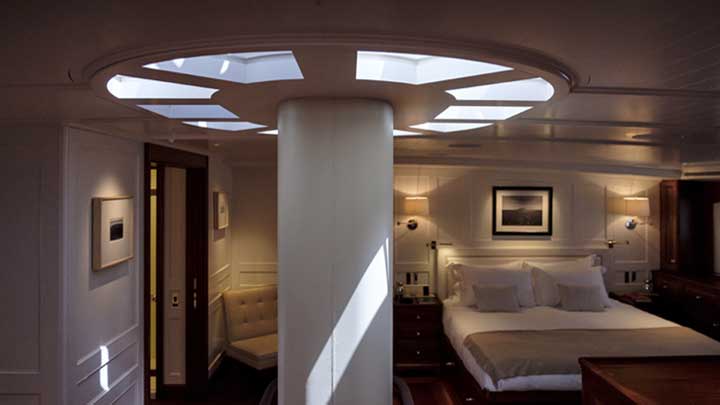 Getting back to the simplicity theme, Cray says, “They wanted a classic interior that was not too busy or fussy, but calm and elegant.” Mark Whiteley Design delivered. Brush-painted paneling and deckheads in white juxtapose with mahogany walls and soles, for instance. In fact, the owners specified this, plus a New England-like relaxed ambiance. It’s readily apparent in the saloon, as well as the two primary guest staterooms. (Aquarius also has a convertible guest cabin, accommodating two to four people depending on needs.) The owners’ suite reflects it, too, of course. Accessible via their private cockpit in a private second deckhouse, it additionally benefits from a circular skylight (above), rimming the mizzen mast.

As much as Aquarius emphasizes simplicity, she is not simplistic. Large glass panes, in keeping with modern living, bring in lots of light. Coffee tables rise electrically to form the formal interior dining area, for eight. And, what superyacht is complete without a cinema? The lower saloon has a big screen and sound system—hidden in the walls—that promises to deliver even a whisper.

Take a look onboard Aquarius. 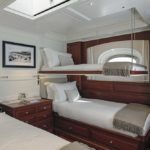 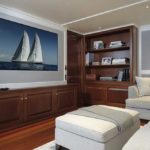 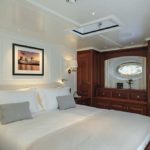 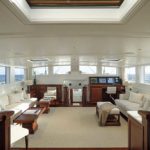 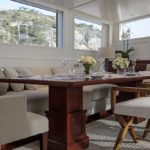 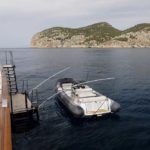 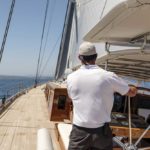 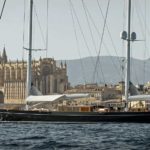