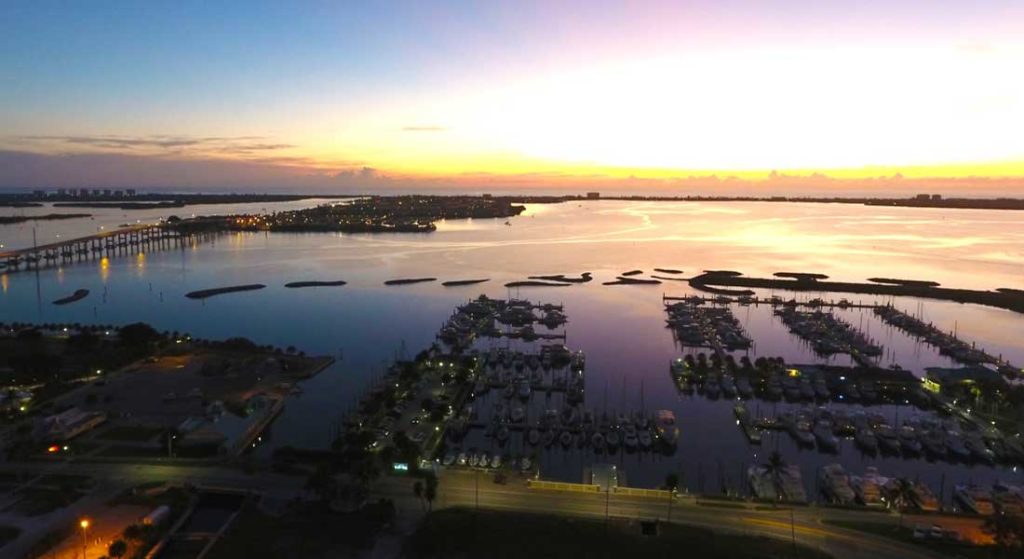 A nearly 20-year effort to turn a portion of northeastern Florida waterfront into a refit and repair yard seems finally to have succeeded. The St. Lucie County Commission has selected Derecktor Shipyards to establish and operate a Fort Pierce megayacht refit facility. The facility will sit on the last remaining working waterfront area in the 290-acre port of Fort Pierce, which is mostly dormant.

Derecktor was one of two bidders for the Fort Pierce megayacht refit rights. The other was Fort Pierce Yacht and Ship, which many residents favored. That resulted from a company investor being NFL player Khalil Mack, who grew up locally. It also resulted from two of the owners being tied to the region. One is Sandy Woods, who owns a car dealership. The second is Buddy Haack, a well-known captain and refit specialist. In fact, Haack performed refits in Fort Pierce a few years ago. TCPalm.com, the digital news site for Treasure Coast Newspapers, quotes former county commissioner Kim Johnson as commenting, “If you can’t start with your own local people, who can you start with? Who can you trust?”

However, Larry Lee Jr., a member of the Florida House of Representatives from Port St. Lucie, felt otherwise. He believed the commission should award the Fort Pierce megayacht refit rights to Fort Pierce Yacht and Ship “not because they are the hometown team, but because they are the most qualified.” Ultimately, the county commission gave Derecktor higher marks for experience, project concept, as well as business and marketing plans.

That doesn’t mean it was smooth sailing for Derecktor. Commissioners expressed concern during the review process about its prior bankruptcies. Derecktor Shipyards Connecticut filed for Chapter 11 in 2008 and 2012, shutting its doors after the second filing. Derecktor’s representatives, from its South Florida service yard, assured officials the bankruptcies resulted from new-construction struggles during the recession. They added that they have no intention to build new yachts in Fort Pierce.

County commissioners have aimed for Fort Pierce megayacht refit business for some time. In fact, officials and private companies have been trying to turn Fort Pierce into Florida’s next megayacht destination since the early 2000s. Plans fell apart several times, though. With the new deal, Derecktor is responsible for buying and installing equipment, plus operating the site. The county owns the property and therefore will lease it to Derecktor.

“We think this is the best use of this property,” says Howard Tipton, St. Lucie County administrator. The 12-acre parcel is currently the only working waterfront area remaining in the port of Fort Pierce. Furthermore, the goal is to bring more jobs, particularly skilled labor. A consultant hired by the county anticipates reactivating the port would bring up to 900 trades jobs within three to five years.

The next step is a 90-day review period. Items to discuss include lease terms and duration. If the county and Derecktor come to agreements, the Fort Pierce megayacht refit facility could see staffing as early as January. If agreements fail, however, the county commission can turn to Fort Pierce Yacht and Ship for discussions.