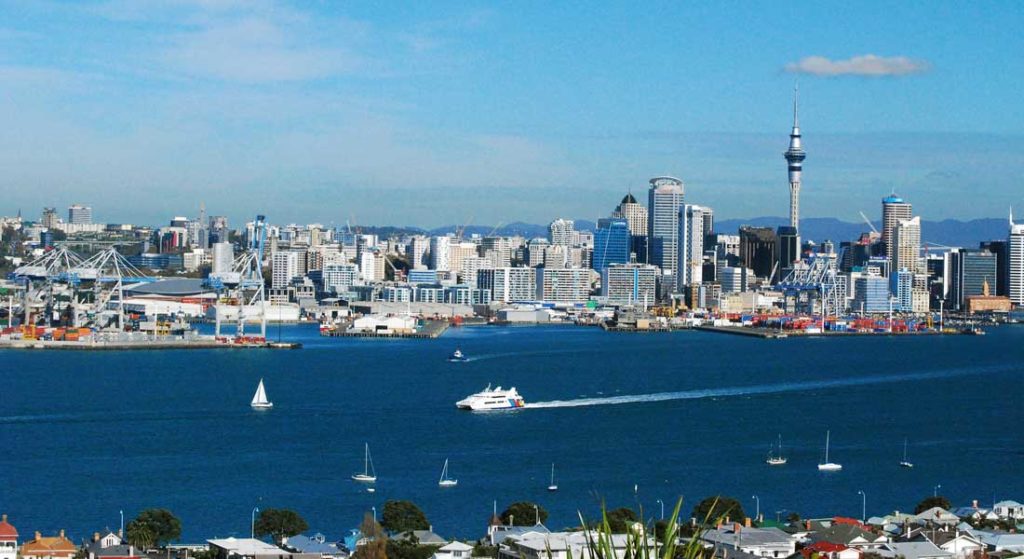 The city of Auckland, New Zealand has abandoned plans to charge a daily superyacht anchoring fee. It was part of an effort to better fund harbor upkeep. Instead, visiting yachts exceeding a certain size will need to pay a smaller, annual fee. The decision comes after pressure from the local community, including a yachting trade organization and the America’s Cup defender, Emirates Team New Zealand.

Earlier this year, the Auckland Council proposed introducing an anchoring fee as part of its annual budget. The idea was to lessen the city’s subsidy of maintenance costs by shifting more of the financial responsibility to vessel owners. Specifically, the proposed fee was NZ$23 per meter per day (including value-added tax). It applied to all foreign vessels exceeding 40 meters (131 feet). At press time, NZ$23 was about US$15. The fee would apply for anchoring or using Dynamic Positioning within the city’s navigable waters. In its proposal, Auckland Council members wrote:

The number of large foreign vessels visiting Auckland waters is increasing and includes superyachts and cruise ships anchoring off places such as Waiheke, Great Barrier Island and the inner Waitemata, and cargo ships anchoring in the Hauraki Gulf and Motuihe Explosives anchorage. The operators of these vessels should pay their fair share towards the cost of maintaining navigation aids and maritime safety functions. Fee schemes of this nature are already in place in Marlborough Sounds, parts of Canterbury, Chatham Islands and Southland. Exemptions are proposed for warships, a 24-hour grace period for vessels awaiting a berth at Ports of Auckland and other cases at the Harbourmaster’s discretion.

NZ Marine, representing the recreational-marine industry in New Zealand, stood strongly opposed to the daily superyacht anchoring fee. It joined forces with the Royal New Zealand Yacht Squadron as well as Emirates Team New Zealand to voice opposition. In fact, in March, Emirates Team New Zealand issued a statement. It characterized the superyacht anchoring fee as “scalping of superyachts” and “extremely short sighted.” Together, the three organizations convinced the council “just how much of a deterrent a daily anchoring fee would have been to foreign vessels planning to visit our shores, particularly for the Prada and America’s Cup in 2020/21,” says Peter Busfield, NZ Marine’s executive director.

NZ Marine says it further worked with the Auckland Council to “drastically overhaul the plan.” Therefore, instead of a daily superyacht anchoring fee, visiting yachts exceeding 40 meters will pay a single fee covering the year. It’s NZ$20 (US$13) per meter, plus value-added tax. This covers harbormaster duties such as assisting yachts in finding suitable anchorages among Hauraki Gulf islands. In addition, it covers navigation-aid maintenance, among other tasks. However, there’s no fee if anchoring less than 24 hours while awaiting a slip. Neither is it due if you’re transiting to and from a city berth, or using the shipping lanes.

The harbormaster website (listed below) should have information soon, along with details for yachts planning visits in 2020 and 2021.