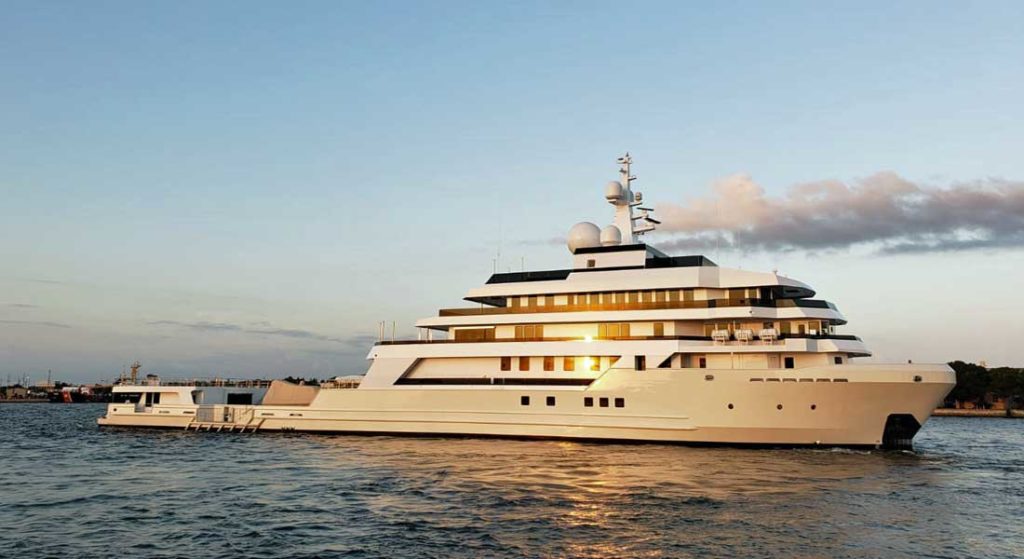 A former supply ship from two decades ago is cruising as Voyager, a 295-foot (90-meter) megayacht. The multi-year reconstruction and conversion represents the largest major refit performed on U.S. soil.

Much of the work took place at Dania Cut Super Yacht Repair in Florida, over the past three years. However, the owner had the conversion begin shortly after acquiring the vessel in late 2014. Seeking a sturdy conversion candidate, he bought HOS Trader, a Louisiana-built supply ship from 1997. During the summer of 2015, he had a different Louisiana shipyard lengthen her about 40 feet (12 meters) from her original 206’7” (63 meters). Furthermore, that yard restyled her bow, and added 300 tons of steel overall to her superstructure as part of the restyling envisioned by Rafael Ochoa of Fuhrmann & Ochoa.

The partially converted Voyager departed for further refit at Dania Cut in April 2016. The extensive work there included further welding, adding miles of wiring and cables, and installing new engines and gensets. The five-deck Voyager departed Dania Cut this past January for final works in Tampa, at Tampa Ship. Here, she received stabilizers, completed steel work, saw final interior fit out and final exterior paint, plus final preparation for classification society approvals and sea trials. She now reportedly accommodates 70 crewmembers. Owner and guest count remains unknown, although she does have luxury areas like a spa, media rooms, a dive center, and a helipad. 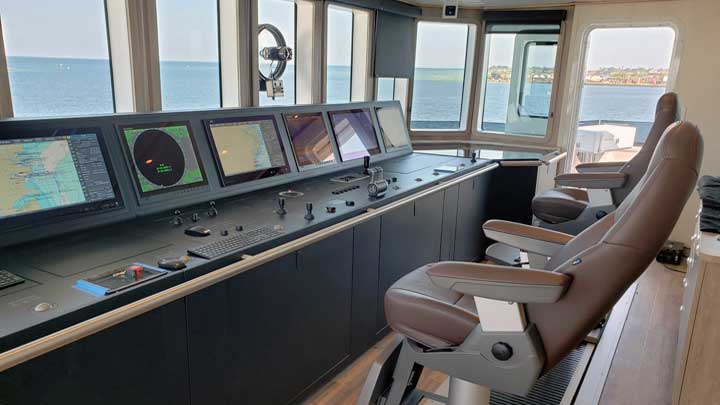 Equally important, Voyager has technical systems that are sure to make captains, IT chiefs, and tech heads take notice. Voyager Maritime Alliance Group, a navigation and communication systems integrator, handled the tasks. For instance, whether in his cabin, the wheelhouse (above), or even on the sundeck, the captain can monitor more than 3,000 actions and systems. These include radar data, security cameras, power distribution, and even fuel levels. David Leone, president of Voyager Maritime Alliance Group, says this is the first superyacht with truly full- vessel integration.

Leone’s company additionally incorporated integrated video switching. Of course, it lets the captain and crew call up views of activity in a variety of strategic areas. But, it also records the activity. This is particularly useful for security, of course, but also safety, especially with the large helipad all the way aft.