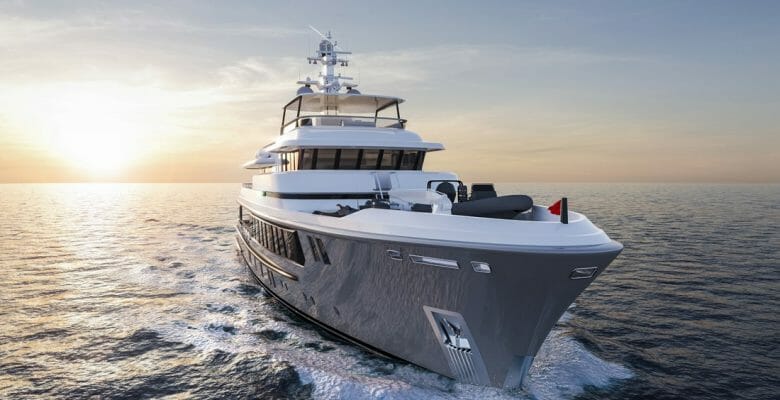 “We’ve talked about building a larger boat for a while now,” says Jim Leishman, vice president of Pacific Asian Enterprises, the company behind the Nordhavn brand. “It would be something specifically meant for the most challenging worldwide conditions.” That talk has turned into the Nordhavn 148, marking a few notable firsts for the builder. She’s its first metal yacht, for instance. She also meets far stricter classification standards than any previous Nordhavn, including for navigating in ice.

Interestingly, Nordhavn considers her a blend of commercial-ship design and superyacht design. To ensure the right mix, the team tapped the naval-architecture and engineering expertise of Vripack. This is the second collaboration between the builder and design studio. In fact, just last year, the duo announced the Nordhavn 80 and hinted that larger projects were in the plans.

Nordhavn clients, of course, crisscross oceans on their yachts’ own bottoms. The Nordhavn 148, featuring a steel hull, will encourage customers to go farther. “The aim was to demonstrate to customers that this significant latest model has been conceived by a design studio that has a proven track record in this arena.” In fact, five of the nine yachts that have traversed the challenging Northwest Passage are Vripack designs. These include Latitude, which completed her historic trip in 116 days in 2014. 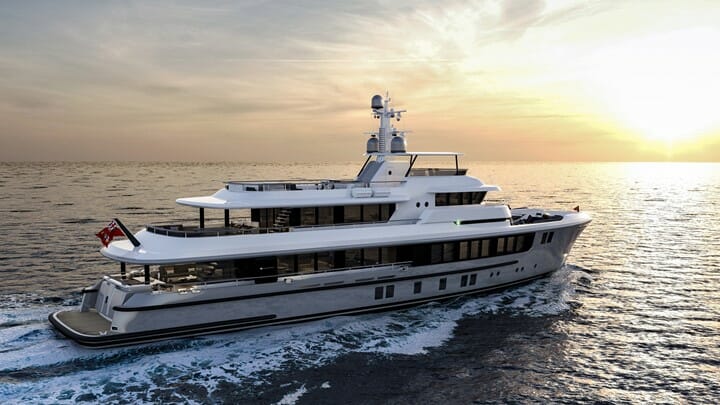 As for the Nordhavn 148, she won’t start construction on spec. Indeed, Vripack and Nordhavn prefer making this an entirely custom flagship for the brand. Regardless, generally speaking, megayachts of this magnitude can have accommodations for 10 to 12 guests. Interested clients also should note she will boast a volume of 495 gross tons. This is a 25-percent increase over the next closest Nordhavn in terms of length, the Nordhavn 120. By comparison, the 120 is about 400 gross tons. (On a related side note, she is additionally an all-fiberglass build.)

“It’s a Nordhavn explorer—designed by Vripack, but it remains a Nordhavn nonetheless,” says Marnix Hoekstra of Vripack. “Our aim was simply to reimagine it.”