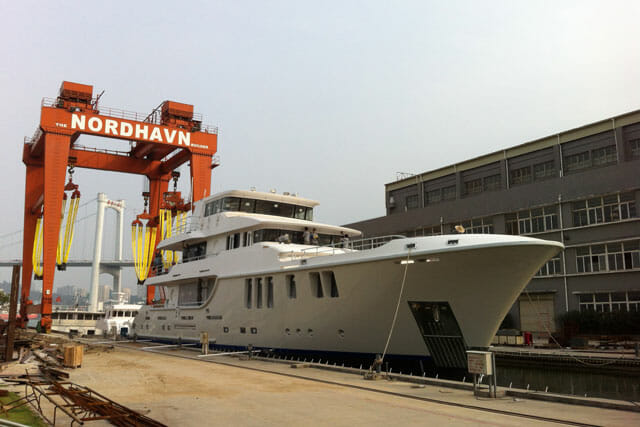 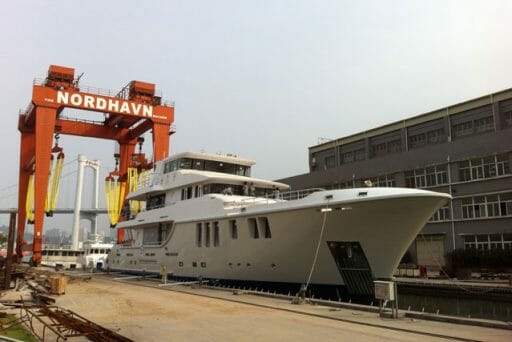 Come July 1, hull number one of the Nordhavn 120, the flagship of the builder’s salty-style cruisers, will depart China on her own bottom for Vancouver on her delivery voyage.

Yes, you read that right: This 120-foot megayacht, with a  27’11” beam, will be making a non-stop, 24- to 28-day ocean crossing fresh out of the factory and straight into her owner’s hands. By the time she gets down to Seattle a few days later, the Nordhavn 120 will have covered about 6,000 nautical miles. 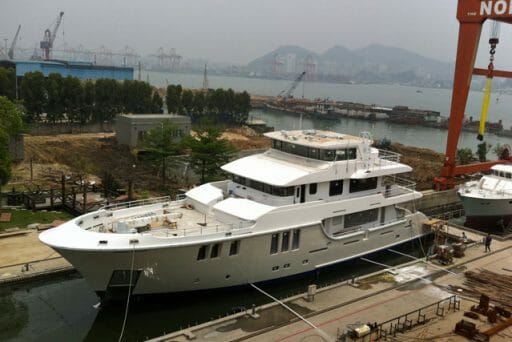 A number of reasons are behind the decision to cruise the Nordhavn 120 on her own bottom vs. ship her. Ultimately, though, it’s a testament to what Nordhavn is known for and how its buyers use the yachts: long-range, open-ocean trips. If you’re familiar with Nordhavn, then you know plenty of its owners have undertaken ambitious cruises, including around-the-world voyages.

Nordhavn’s parent company, Pacific Asian Enterprises, has spent the past five years planning and constructing the 120. The megayacht was launched into a test tank just last week for a one-month analysis of all systems. Following that, the Nordhavn 120 will undergo final sea trials and should receive her official ABS classification. All told, the 800,000 pounds of everything from fiberglass to wood and stone should see a top end of 14 knots and best cruise of 11 knots with twin 965-hp MTUs.

We’ll have a full onboard report, including images of the four king-size guest staterooms and the rest of the four-decker’s interior design by Destry Darr, after the Nordhavn 120 arrives stateside.