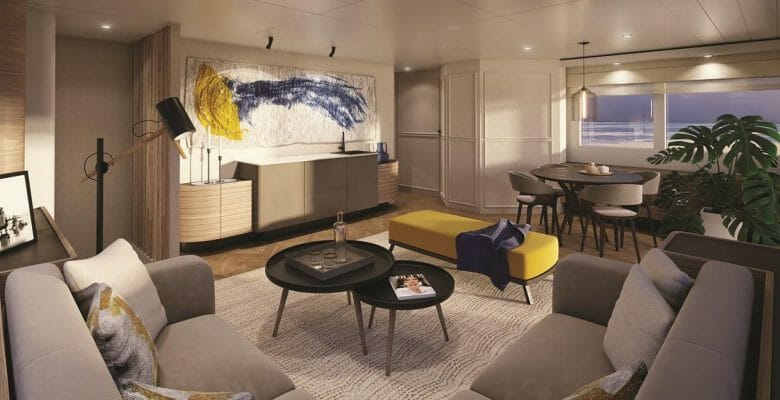 Over the past two decades, Nordhavn has welcomed more than 500 boat and yacht owners into its fold. From the smallest Nordhavn to the biggest, the 120, they all have one thing in common. They’re serious bluewater cruisers, some of whom have crisscrossed the Atlantic. The storied expedition-yacht brand has teamed with Vripack, the design studio with some similarly minded clients, to create a new megayacht model, the Nordhavn 80. It’s a first-time pairing of the two firms.

The way the two came together is noteworthy. Not long ago, a European yachtsman acquired a Nordhavn 86 from the original owner. Given systems’ differences, plus certification requirements, he approached Vripack to ensure she would meet the particular needs. Bart Bouwhuis and Marnix Hoekstra, Vripack’s co-owners, knew of Nordhavn’s reputation. Therefore they readily accepted the task. When they reached out to Nordhavn for information, Jim Leishman, vice president of Pacific Asian Enterprises, Nordhavn’s parent company, says the team was thrilled. Nordhavn, in turn, knew of Vripack’s reputation. 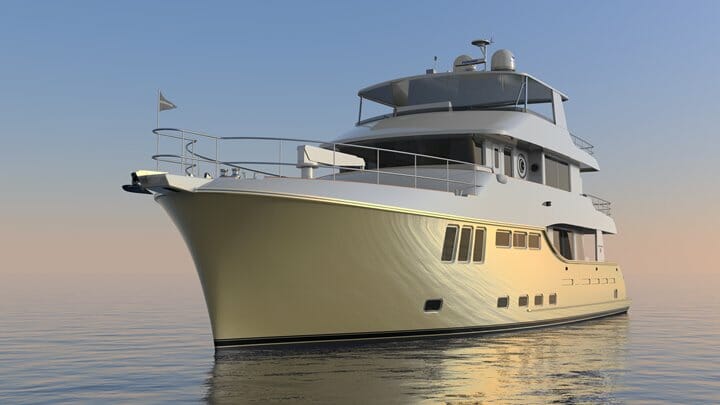 The Nordhavn 80 fills three important roles. First, the series offers customers an easier step up into megayacht territory. Prior to this, the models jumped from the 76 to the 86. “For some, an 86 is just too big,” Leishman says. By comparison, the 80 has an LOA of 78’8” (23.98 meters), with a beam of 23’4” (7.11 meters). Second, the Nordhavn 80 is softer in style: still a stalwart cruiser, but less rough-and-rugged-looking. Third, representing the biggest change, the Nordhavn 80 offers buyers a more contemporary ambiance.

Specifically, Vripack calls it “Scandinavian chic,” with subdued tones for woods and other materials. It’s a dramatic departure for Nordhavn. While it has created some modern designs for clients over the years, typically, most of its yachts feature rich woods from floor to ceiling. Therefore, they tend to be quite traditional in decor. Vripack’s contemporary design should appeal to new clientele, as well as existing ones. Nordhavn, with significant reach into the United States, is keen to grow its international presence, particularly in Europe. On a related note, yacht builders are seeing younger American customers gravitate toward contemporary design, too.

The subdued tones for the Nordhavn 80 don’t mean the yacht lacks color. In fact, Vripack is injecting pops of yellow and midnight blue in the skylounge. Buyers can also, of course, inject their own ideas into the layout. 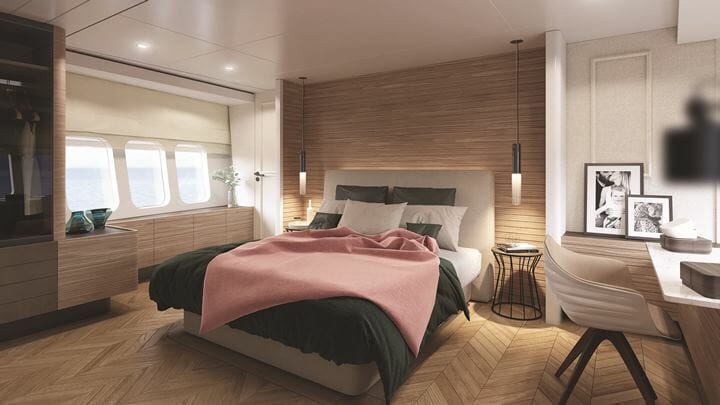 Speaking of layouts, the Nordhavn 80 provides a few interesting choices. The standard configuration sees four staterooms, with the master on the main deck. In an alternate layout, the owner’s suite can replace the skylounge. If customers keep the skylounge, however, they can opt for the captain’s cabin to sit just forward, with the wheelhouse. Two crew berths are standard.

Also standard, Nordhavn’s usual emphasis on long-range cruising. Twin 375-hp John Deere diesels should permit the Nordhavn 80 to see a top end of about 12 knot and a cruise of about 9. Ocean crossings will be no issue, with 4,810 gallons (18,208 liters) of fuel aboard.

Hull number one debuts next year. iLeishman says the hope is to get to one hull every four months, eventually. In the meantime, expect more from Nordhavn and Vripack. “We’re convinced that many exciting projects will emerge in the near future,” hints Bouwhuis. While no specifics on sizes are available, both parties do say they are looking larger than the current Nordhavn flagship, the 120.