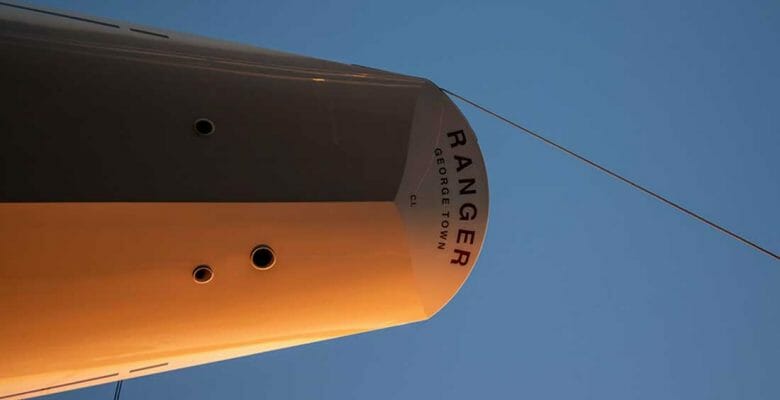 In the early-morning hours of December 5, one of the most famous sailing superyachts in the world quietly slipped out of a shed in The Netherlands. The relaunch of Ranger at Vitters Shipyard comes after what has been an extensive refit.

Ranger, of course, is the famous replica of the same-named sailing yacht that launched in 1937 at Bath Iron Works in Maine. Her owner was the renowned American railroad executive Harold Vanderbilt. Vanderbilt wanted to challenge Sir T.O.M. Sopwith, who owned Endeavour, for the America’s Cup. He succeeded. In fact, Ranger took four of six races in the America’s Cup in 1937. She was the fasted of all of the American-built J Class yachts, too. Unfortunately, though, she was scrapped in 1941.

The Ranger at Vitters, meanwhile, started construction in 2002. The late John Williams, an avid cruiser and racer, commissioned her and took delivery in 2003. Her LOA: 136’4” (about 41.6 meters). Although the now-defunct Danish Yachts in Denmark built her, she is mostly faithful to the original naval-architecture drawings, by Sparkman & Stephens. Therefore, she is quite a performer on the water. “I have had a number of large yachts over the years, but owning a J Class is like owning an F1 car,” Williams told How to Spend It a few years ago. “You simply can’t go back.”

The refit of Ranger at Vitters started earlier this year, in springtime. The extensive work list included replacing her teak decking, for example, as well as overhauling her rigging. In addition, she needed a new hydraulic system and a new electrical system. The engine room further received an overhaul. Plus, the Vitters service team stripped her hull paint and gave her a shiny new coat.

Re-delivery takes place soon. Greg Sloat, the owners representative, is eager to go racing again. “Together with the Vitters team we brought Ranger in the best shape ever to prepare her for the America’s Cup in New Zealand in 2021.”

Vitters is well versed in J Class yachts. It delivered Svea in 2017, for instance. Its sister shipyard, Claasen, delivered Lionheart in 2010.