Home / Yachts / Queen Anne Is Up for Auction 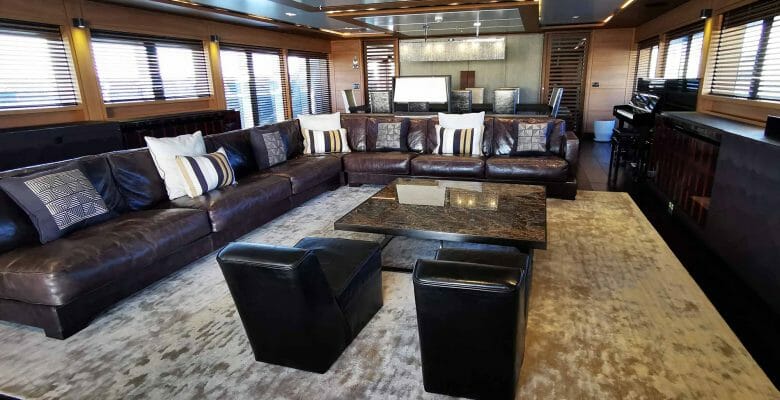 Now through mid-February, you can bid on a yacht that has seen strictly private use since delivery. The 151-foot (46.27-meter) Queen Anne is up for auction via sealed bid.

The arrangement is by order of the U.S. Marshals Service. In September 2021, the U.S. government filed a motion for the interlocutory sale of the yacht. This type of sale typically takes place if, for instance, the item in question is liable to deterioration while detailed in custody. It’s also common if the expense of keeping the item detained is exorbitant.

Currently in Limassol, Cyprus, Queen Anne saw partial completion in 2013 at Pina Marine, with styling by Unielle Yacht Design. Completion came five years later. She has been in private use since then. The 498-gross-ton, steel-hulled megayacht features a main-deck master suite with an office, two VIP staterooms, and two standard guest cabins. Furthermore, she has twin Caterpillar engines that reportedly permit a 12-knot cruising speed.

Queen Anne is up for auction through February 17. The minimum bid is $5.5 million. The highest bidder will receive notification on or before February 23. All other bidders will receive their deposits back in March.

While Queen Anne is up for auction, she is remaining in Limassol. The sale is “as is, where is.” Viewings, including tours of the yacht and inspection of equipment, are available via appointment and prior approval. Sea trials, however, cannot take place.