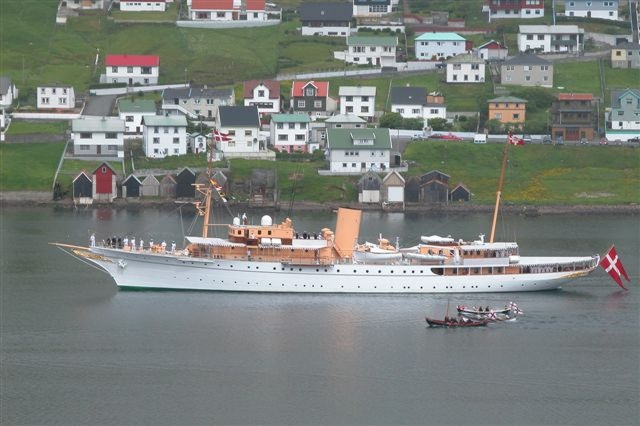 Yachts in the service of royal families around the world may have different looks, but they share similar purposes. They’re platforms for foreign relations, welcoming other heads of state for official visits. They also allow the royals to hold meetings with fellow officials of their own countries. And, of course, these yachts let the heads of state set sail for some much-needed R&R.

The following list outlines the six largest megayachts still in service for royalty who are heads of state. Note that this therefore excludes the famed Britannia, which served the British royal family for decades but is now a floating museum. It also excludes the Egyptian-owned El Horriya. While she was purpose built as a yacht and served in that capacity throughout much of the 20th century, she has been serving instead as a naval training vessel for some time.

1. Dubai. Coming in at 162 meters (531 feet), Dubai may be the largest royal yacht, but she’s “only” the second-largest yacht in the world. Sheikh Mohammed bin Rashid Al Maktoum, the ruler of Dubai, took delivery from Platinum Yachts a few short years ago. The yacht was kept under wraps during her build, referred to sometimes as Project Platinum when details did leak out. Few people outside of the yachting realm paid any attention to her until 2008, when Dubai greeted the QEII ocean liner upon her entry into the emirate’s waters. Dubai has a support vessel, Dubai Shadow, that is classed as a passenger ship.

2. Al Said. Sultan Qaboos of Oman has owned Al Said since delivery from Lürssen in 2008. While she was under construction, she was known by the code name Project Sunflower. At 155 meters (509 feet), she’s larger than her predecessor, which was about 103 meters (340 feet) LOA and bore the same name. (That yacht, which was delivered in 1982, was given to the tourism ministry upon delivery of the new Al Said. Now known as Loaloat Al Behar, she’s available for charter.) Al Said is typically seen in Oman’s waters, able to host more than 60 guests. She’s accompanied on occasion by Fulk al Salamah, a supply and logistics ship measuring about 136 meters (447 feet). On a related note, while some magazines and websites refer to Fulk al Salamah as a royal yacht, she is not classed as a yacht. 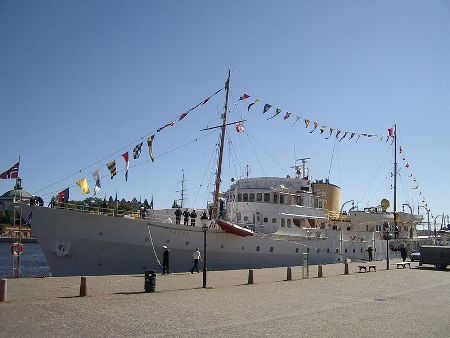 3. Prince Abdulaziz. At 147 meters (482 feet), Prince Abdulaziz was the largest yacht in the world until the building boom of the last decade. She was built in 1984 for the late King Fahd of Saudi Arabia. Upon his death in 2005, his brother, Abdullah, took the throne and in turn the yacht. From the day she was built, she was rumored to have all sorts of high-tech defenses, including missile launchers. Rumors persist even today, despite knowledgeable individuals with both yacht-building and military experience saying it’s quite unlikely she’d have such items aboard, given her luxury purpose. One rumor that likely is true, though: Prince Abdulaziz has an onboard hospital. The late King Fahd had been in failing health for several years, and he’d use the yacht near the royal compound in Spain each summer.

4. Norge. The Norwegian royal yacht, Norge (directly above) is a 80.2-meter (263-foot) classic dating to 1947. She was presented to the country’s ruler, the late King Haakon VII, as a gift, but not as a new-build. The yacht had been launched 10 years prior as Philante, at the Camper & Nicholsons yard in the UK. The people of Norway supported an effort to purchase a yacht for their king as a way of thanking him for resisting Nazi forces during World War II. Two further kings have used Norge, including the current monarch, who uses her as a residence when enjoying yacht racing.

5. Stargate. In 2001, this 80-meter (262-foot) megayacht was handed over to the emir of Qatar, Sheikh Hamad bin Khalifa Al-Thani. It’s interesting to note that another member of the Qatar royal family owns an essentially identical sistership, Constellation, built at the same time. Both were built by Oceanco and reign among the largest ever to be created in Holland. Stargate has frequented Spanish waters.

6. Dannebrog. In 1931, Queen Alexandrine of Denmark christened this yacht (top image), named for the country’s flag. Dannebrog has been in the monarchy’s service ever since, whether for their summer holidays or official visits overseas, which have included the Caribbean and the Med. The yacht measures 78.43 meters (257 feet) and has put more than 300,000 nautical miles under her hull since delivery. Her Majesty the Queen and His Royal Highness the Prince Consort have more than a stateroom aboard; they have a Royal Apartment. It includes a private dining room and a saloon. Many of the furnishings and decorative items were salvaged from the previous royal yacht, also named Dannebrog, which was built in 1879. Interesting enough, Dannebrog can be pressed into service as a hospital ship if war or another emergency occurs.