You are here: Home / Events / Boat Shows & Seminars / The Superyacht 6: The 6 Largest Yachts at the Monaco Yacht Show 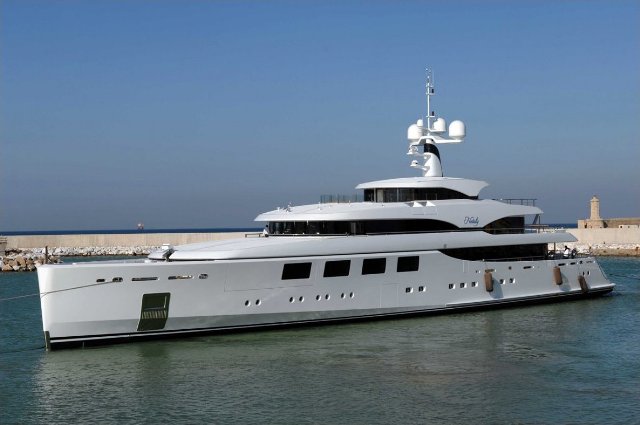 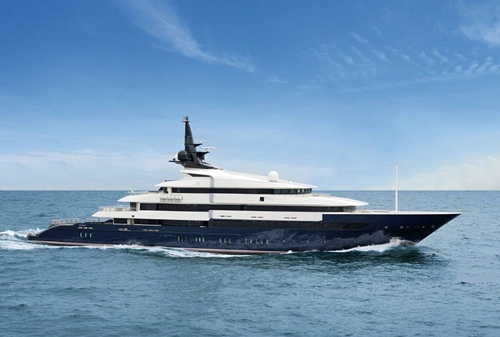 The annual Monaco Yacht Show begins next week, and megayacht builders, designers, and related companies from 36 countries are making last-minute preparations. Show organizers say that about 100 megayachts will be in the waters of Port Hercule, with 56 percent of them measuring more than 40 meters (131 feet).

In this edition of the Superyacht 6, we take a look at the six largest superyachts that will be tied stern-to around the show. Some are new deliveries, while others are making their Mediterranean debuts.

1. Cakewalk. By now you’re likely more than familiar with all of the major milestones set by Cakewalk upon delivery last year. The 281-foot (85.6-meter) megayacht, built by Derecktor Shipyards, is the largest yacht by volume built on U.S. soil in more than 70 years. She marked the first collaboration between the yard and Tim Heywood. While Cakewalk debuted on the international yacht-show stage last year, in Fort Lauderdale, this is her first official showing outside of the United States. She’s also for sale for €152.5 million (about $211,750,000).

2. Seven Seas. Measuring the same LOA as Cakewalk, Seven Seas (above) comes in second based on alphabetical order. She was delivered in November of last year by Oceanco, somewhat resembling previous launches like Alfa Nero and Sunrays. But her owner, widely rumored to be film director Steven Spielberg, didn’t order a carbon copy. One of the most notable differences is the fact that the saloon serves as a cinema, complete with a huge, 16-foot-wide movie screen.

3. Pegaso. Spain-based Freire Shipyard handed over this 73.6-meter (242-foot) megayacht last year to an owner who plans global explorations. In fact, Pegaso was conceived to host scientific expeditions and tote a submarine to assist researchers in data collection. She’ll host leisurely cruises as well, of course, in a soothing interior environment designed by Mark Berryman.

4. Numptia. Italy-based Rossi Navi recently delivered the 70-meter (230-foot) Numptia. She’s distinguished by a blue hull and floor-to-ceiling sliding doors that transform indoor and outdoor spaces into long, continuous rooms. There’s also a helipad that doubles as a raised sunning deck for lounge chairs, given its proximity to the alfresco pool. A shaded bar area by the pool is a great place to be at night, since pin-dot lighting overhead mimics the starry sky.

5. Triple Seven. This five-year-old Nobiskrug is for sale for €54,750,000 (about $76.06 million). Measuring 66.74 meters (219 feet), Triple Seven reminds you of her name in several places onboard. There are seven windows forward in the owner’s suite on the main deck, for example, plus the numeral is etched repeatedly along the yacht’s central staircase. Plenty of sunning space and a beach club are other highlights.

6. Nataly. This 65-meter (above) was recently delivered by Benetti. She was initially signed by a repeat client, who sold her under construction to another repeat client of Benetti’s in February. Nataly is the Italian builder’s first delivery with a plumb bow, courtesy of Redman Whiteley Dixon, and features floor-to-ceiling windows in her saloon.