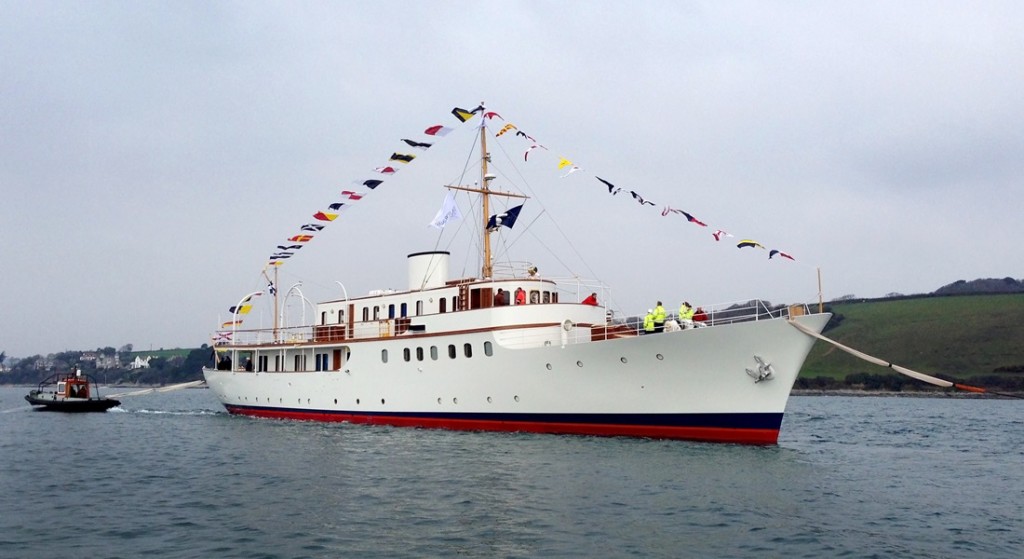 It takes a special type of owner to commit to restoring a classic yacht. It takes an even more special owner to see past a so-called modern restyling that stripped a classic of her very character. Thankfully, the nearly 80-years-young Malahne found that type of buyer. The 165-footer (50-meter) just wrapped up a two-and-a-half-year restoration at Pendennis that gave her back her original looks and a period-authentic interior.

To understand the significance of the restoration, a little history is in order. Malahne was initially launched in 1937 at what was then the Camper & Nicholson yard in Gosport, England. Her lines were penned by Charles E. Nicholson, and her owner was W.L. Stephenson, a founding member of the Woolworth chain when it expanded into the UK. Stephenson was also a passionate yachtsman, having commissioned the famed J-Class racer Velsheda. Velsheda and Malahne shared more than just ownership. They also were each christened after Stephenson’s daughters. The first few letters of the girls’ names—Velma, Sheila, and Daphne—formed Velsheda’s name, while the last few letters formed Malahne’s name. Stephenson frequently cruised aboard Malahne until World War II, when she was pressed into military service. Following the war, she returned to private hands, the most famous being the movie producer Sam Spiegel. Spiegel thoroughly enjoyed his 20 years of ownership, entertaining plenty of Hollywood’s elite aboard and using her as a base for location shoots. Malahne even appeared in The Last of Sheila, a film from the 1970s.

In the early 1980s, Malahne changed hands again (and names) and underwent an extensive refit in Italy. The structural changes the owner requested, which also saw her lengthened to 177 feet (53.9 meters), are considered by many classic-yacht aficionados to be an affront to her design. Here’s what resulted of her profile: 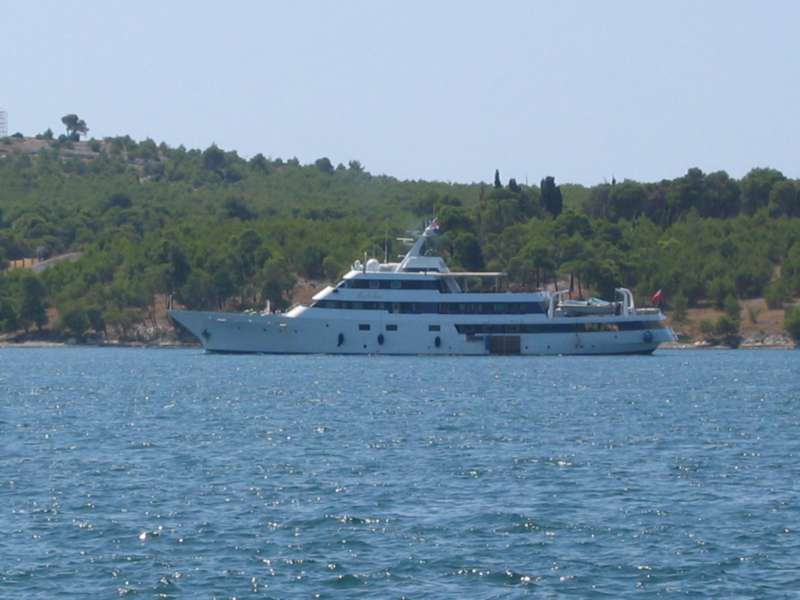 Malahne spent time on both sides of the Atlantic before being placed on the brokerage market. She remained for sale for several years through the late 2000s. Nicholas Edmiston, chairman of Edmiston & Company, was among those who kept tabs on her. You could say he had a personal passion to see her restored, too, having played a role in bringing back the classics Nahlin and Bluebird. Nick Edmiston connected the buyer with Malahne and in turn with Pendennis and two period authorities, G.L. Watson and Oliver Laws, the latter an Art Deco specialist.

G.L. Watson ensured that Malahne’s aluminum superstructure be restyled and rebuilt to the original 1930s specifications. It also oversaw the redesign of the crew’s quarters for 12 (in seven cabins). Together with Pendennis’ in-house naval architects, it further ensured that the yacht comply with current Lloyd’s classification and MCA LY3 standards. Of course, modern conveniences like air conditioning, hotel loads, and mobile electronics needed to be addressed, too, within the confines of the 25’9” (7.89-meter) beam.

Decor-wise, Guy Oliver of Oliver Laws had quite a specific brief from the owner: “make Malahne look as if she had been in continuous ownership since she was built.” He custom designed some furnishings to reflect the proper period and found others dating to the 1930s. Pendennis’ craftspeople fashioned the wood paneling and other details in accordance with the era, too. That same attention to detail extends to lighting and even the anchors.

You can get a look at the newly restored Malahne by chartering her in the Med this summer, via Edmiston’s central agency. She carries nine guests.