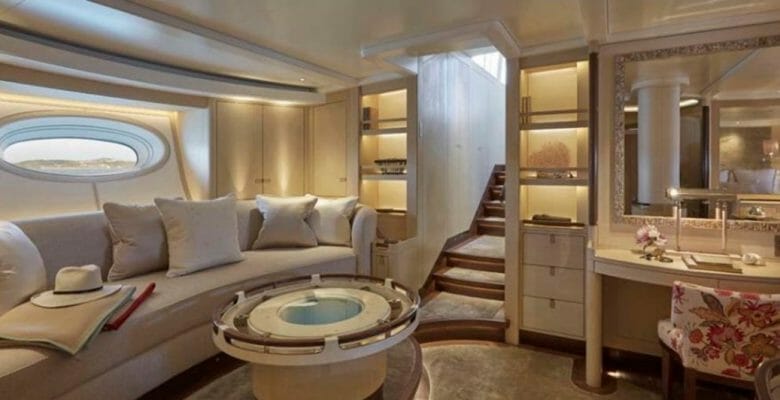 The longest-running and only peer-review awards in the yachting industry, the International Superyacht Society’s (ISS) annual design awards were bestowed last evening. Held for the 24th year in a row (the ISS was established 25 years ago), the winners were chosen by a jury comprised of builders, designers, and other industry companies.

The design-award winners span the full spectrum of power and sailing superyachts from 78 feet (24 meters) and larger delivered over the past year. The trophy takers this year were:

Power, 24-40M: Taransay (see video below), built by Rossinavi, with naval architecture by the builder and interior design by Studio Tassin

Best Interior (selected from among all finalists): Elfje (see top of page)

Best Refit: Talitha, with work performed by MB92; Talitha visited MB92 earlier this year for extensive tasks, including the restoration of an original skylight dating back to her delivery in 1929 and the creation of additional alfresco relaxation space, while still preserving her classic aesthetic.

Besides the yacht awards, the International Superyacht Society honors significant business accomplishments, ocean advocacy, and deeds undertaken by crew. The accolades are grouped together as Awards of Distinction:

Leadership Award: given in recognition of a person or business responsible for sustainable growth of the global superyacht community. The recipient was Tim Heywood of Tim Heywood Designs, for the numerous custom and semi-custom yachts he has contributed to bringing to life.

Innovation Award: given to an individual or business that has demonstrated originality in their efforts. The ISS jury chose THEOcare Hygiene. Its vacuum system for marine waste solves the problems often associated with storing garbage onboard during long periods. These range from odors to bacteria. 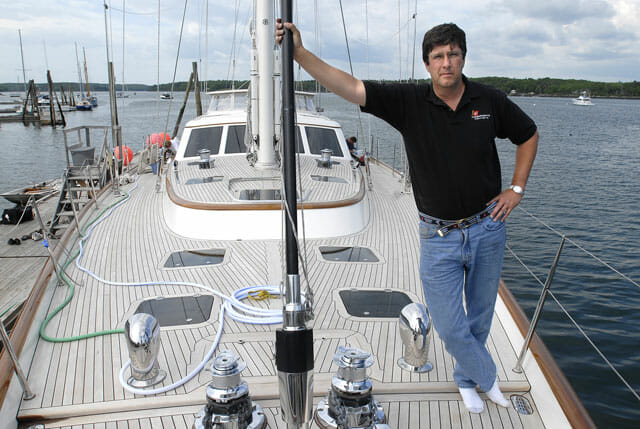 Business Person of the Year: honoring a person who demonstrates excellence in their area of superyacht expertise within the previous year. The recipient was Tim Hodgdon of Hodgdon Yachts (above). You may recall that Hodgdon Yachts built the complex maxi racer Comanche in 2014. She has one of the largest single-infusion hulls ever built.

Fabien Cousteau Blue Award: The award is given to a person or organization dedicated to ocean stewardship. The Khaled Bin Sultan Living Oceans Foundation was recognized for its 10-year-strong contributions to coral reef research. Prince Khaled of Saudi Arabia, who established the non-profit, has personally joined some of the expeditions and lends his yachts, including Ocean Shadow, to researchers to use. The data collected on coral reefs has been shared with scientists, governments, and regulatory bodies around the world.

Distinguished Crew Award: This recognizes distinguished acts of service that best exemplify the standards to which professional yacht crew aspire. The jury selected the crews of two yachts, an unusual move: Dragonfly and Umbra, which both provided relief work at the behest of YachtAid Global in Vanuatu, the remote South Pacific country devastated by Cyclone Pam earlier this year. We featured some of Dragonfly’s relief efforts on our website back in March.