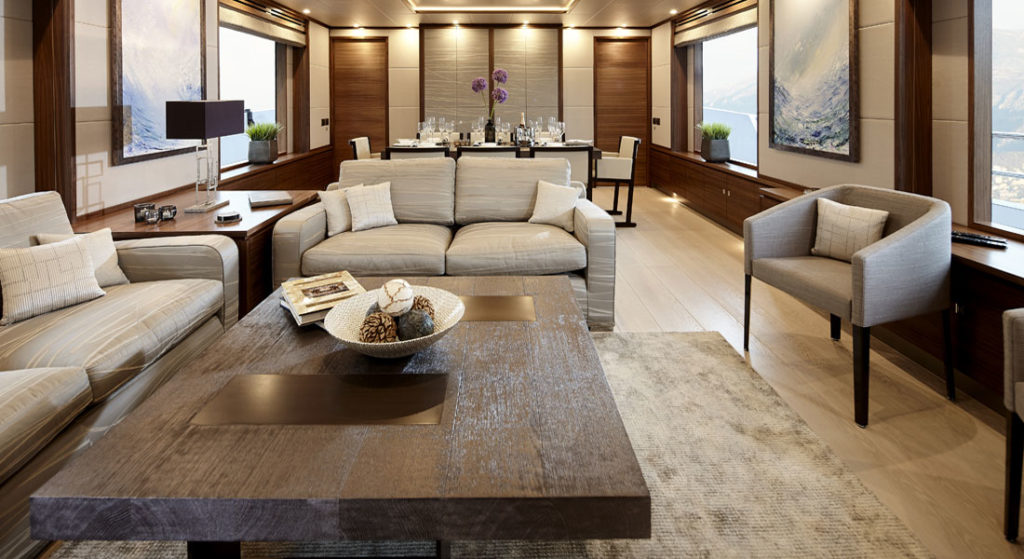 Peace and quiet. Two things that plenty of us could use more of in our lives. The owners of Bijoux are reaping these rewards aboard their newly delivered yacht. She may be part of a new series from Moonen Shipyards, but she does not stray from its longtime emphasis on sound and vibration control, nor long-range cruising.

If you have followed previous coverage of the project, you will recall that the 98-foot (30-meter) Bijoux is the first Matica model in the Moonen Caribbean series. Penned by Rene van der Velden, the series defines each model (seven in all, each named for a tropical island) by volume, rather than LOA. The Matica model caps gross tonnage at 200, for example, for simplicity of regulations and operations. Since the long-proven Moonen 97 hull, boasting a 4,000-nautical-mile range at 9 knots, serves as the basis, buyers can take heart that performance won’t be an issue. 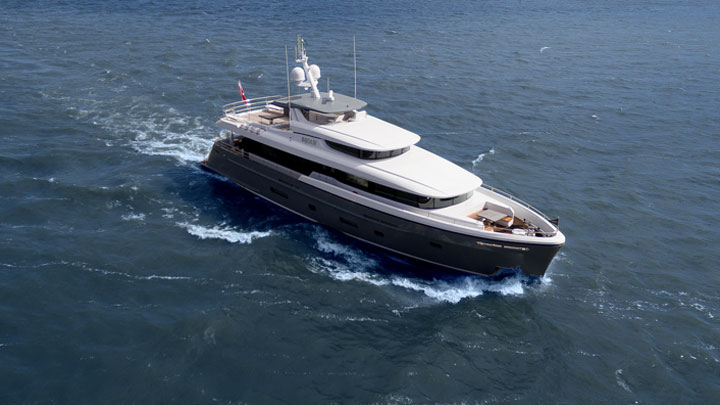 The owners of Bijoux were attracted to all of this. They wasted no time in testing things, either. The shakedown cruise was The Netherlands to Malta, more than 2,300 nautical miles “in one go,” according to Nicky Van Zon, the in-house project manager for Bijoux. Prior to this, sea trials confirmed the contracted 13-knot top end. (Power comes from twin Caterpillar C18s.) And, equally important, sound levels were as quiet as that of a suburban street. Moonen measured 53 decibels in the saloon and 56 in the master, the latter immediately forward of the engine room. The measurements were taken with the engines turning a respectable 1840 rpm.

Bijoux’s owners were also attracted to Moonen’s usual approach of letting clients tailor configuration and design. Over numerous visits to the yard and with Adam Lay Studio, they achieved a comfortably casual atmosphere. It includes a main-deck VIP and full-beam master below.

Here’s a look. If you wish to see Bijoux in person, you can do so at the Cannes and Monaco shows this fall.