You are here: Home / Yachts / Motoryachts / CCN Commander to Command the Seas 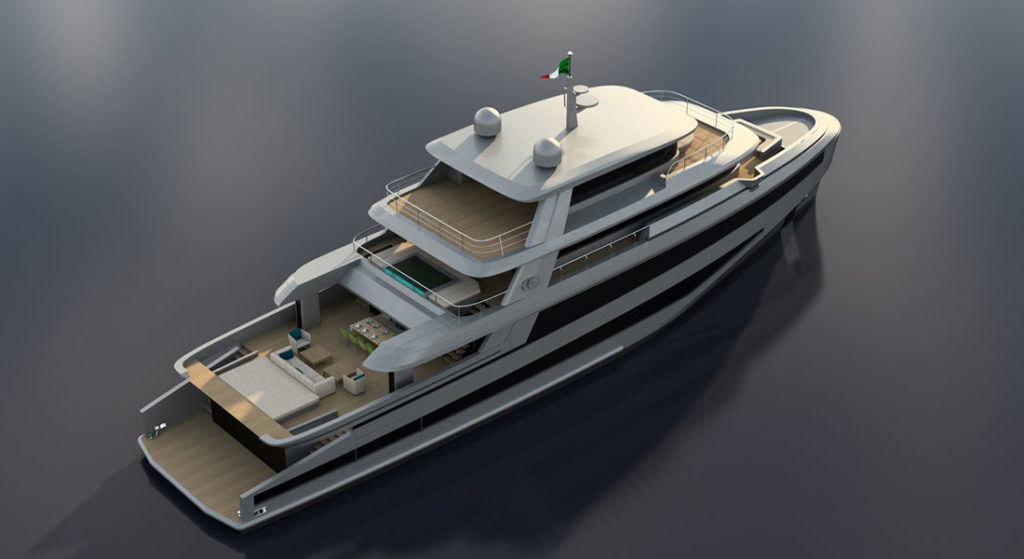 Adventurous souls are the target buyers for the Commander explorer yacht, a steel superyacht from CCN.

Studio Sculli, which created the hull design, is further responsible for the new explorer’s styling. Mauro Sculli, head of the firm, says the lines are a blend of expedition ruggedness and more customary yacht design. The idea is to “immediately and clearly reflect CCN’s distinctive style,” he explains. 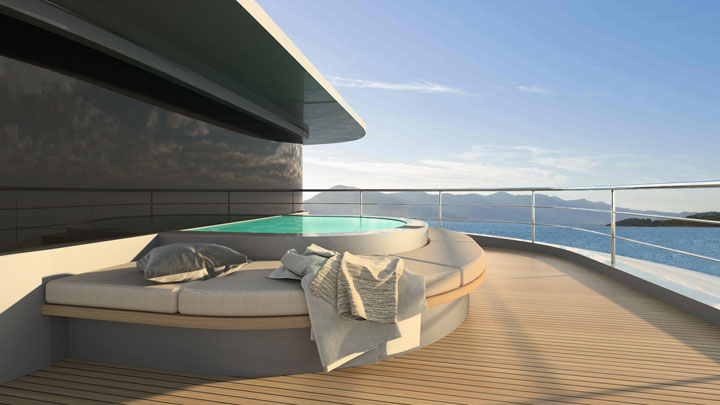 That same philosophy of blending elements extends to the propulsion system. Proven Caterpillar C32 ACERTs running on diesel fuel should permit a 12-knot cruise. That should translate to a 5,400-mile range. But, CCN says the Commander 415 could potentially run on bio-fuel. Research is ongoing.

For now, the Commander 415 caters to buyers’ comfort as much as their adventure-seeking lifestyle. In warmer climates, the beach club, with a bar, should see good use. So should the infinity pool on the upper deck. The eight guests, accommodated on the lower deck, have abundant watertoys at their disposal as well. Stowage for those toys is on the aft main deck. The area becomes an alfresco lounge when the toys are offloaded. Another alfresco lounge is fully forward, with direct access from the Commander’s dining area. As for the owners, they get a full deck to themselves that includes the hot tub seen in the image above.

Practical needs matter aboard, too. The galley, on the lowest deck, has an opening hatch to allow stores to come straight in. A cold room is nearby, as are a variety of technical areas. And, the crew can walk the entirety of the entire lower deck.